I had a feeling it would happen eventually, which is why I chose to be thankful for each day Liv would eat ANYTHING under the sun. I’ve found that a lot of things (just like with an adult) can affect her appetite, especially if she’s been sick or is teething. 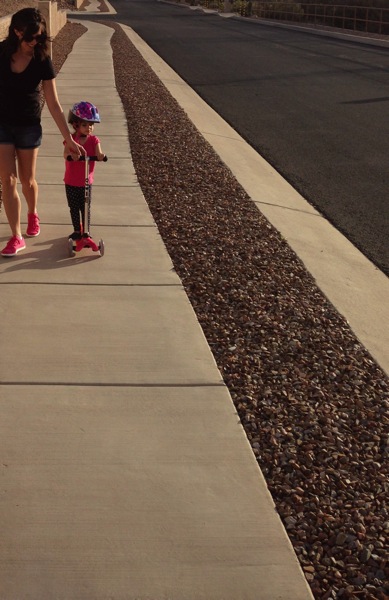 Now that she’s much better after being sick a couple of weeks ago, we’ve all noticed that her preferences are very different. Aaaaand she only wants sweets.

“Livi, do you want pizza or chicken for dinner?”

“I want ICE CREAM for dinner!”

We have dessert fairly often over here, but the rule is that you need to have some healthy food before you have dessert. She knows that we definitely won’t get gelato if she doesn’t eat her main meal, but that doesn’t stop her from trying to trick us.

For now, I’m still offering everything, but there are still some days when she has two cereal bars in a row because it’s the only thing she wants and will eat. Also, we’ve decided to cut down the sweets a little bit over here… it got a little out of control for all of us for a while. Usually it works well if she doesn’t see or know about dessert until dinner is over. Giant fail of the week: I bought the gluten-free mint chocolate cupcakes for us to all have at my mom’s on St. Patrick’s Day. I slyly put them into the shopping cart -it was almost time for lunch and I knew if Liv saw them there was no way she’d want a normal lunch- and while the cashier rang us up, she held the cupcakes up and said, “These cupcakes are SO DELICIOUS!” Needless to say, I checked out with a flailing toddler in my arms in a cupcake-induced meltdown. Thankfully, she forgot about it when we got to the car and I could give her a sandwich and pear I’d packed up. The pear was thrown (I still haven’t been able to find it) and the sandwich was ripped into tiny pieces, so who knows how much was actually consumed.

Any tips for a toddler who has suddenly become picky?

For now, I’m thinking the best bet is to keep offering the usual foods (sometimes she surprises us with what she prefers) and ride it out. She also gets two gummy vites per day, which hopefully help to fill the gaps. 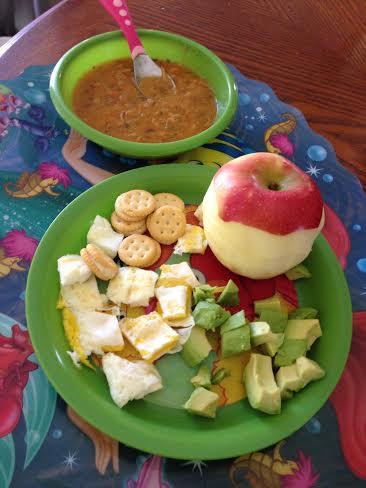 (Chicken tortilla soup, cheesy crackers, an egg and a peeled apple, which she peeled with my help. The avocado and cheesy crackers + some more were eaten, not much else.)

A kid will survive if they only want bunnies and smoothies, right? (I hope)

Triple threat cardio workout → ← If you see my brain