Hi friends! How’s the morning going? Hope you had a wonderful weekend. It was a packed one over here; filled with family adventures. I’d love to hear what you were up to! The highlights of my weekend: celebrating Valentine’s Day with the girls (we celebrated with the Pilot on Friday since he was gone until Thursday night), filming new workout videos for you, a girls’ night, and a date night. Wins all around. 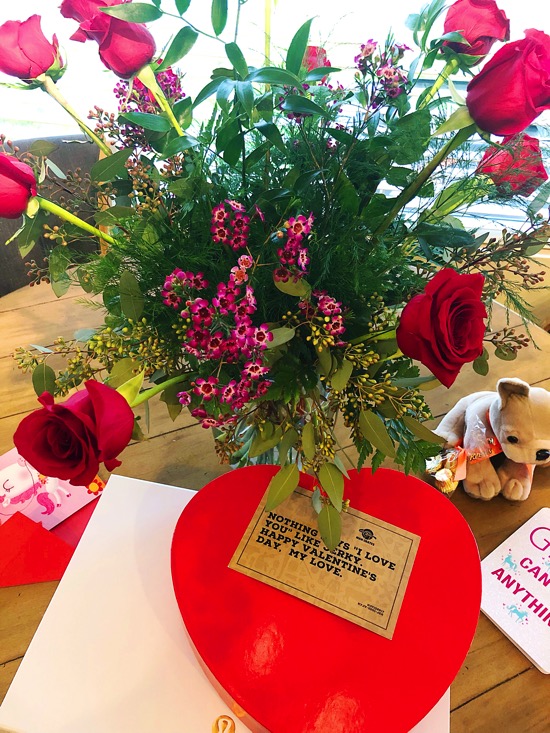 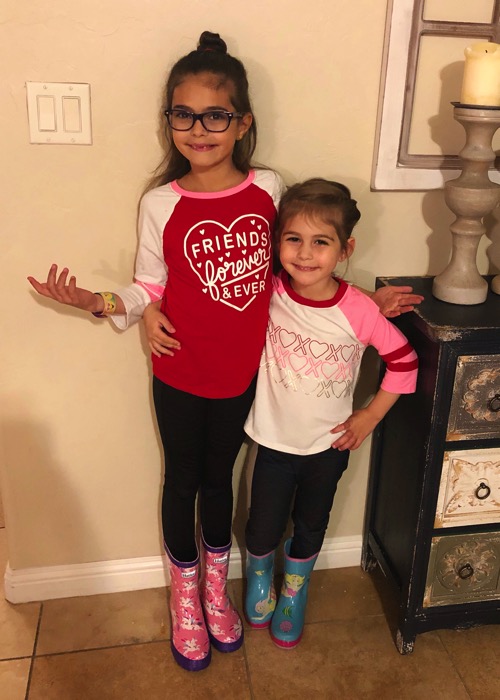 (Valentine’s Day, I took the girls to Sweet Tomatoes, their favorite place, for dinner and then madre hung out with them while I went over to Meg’s for cheese board + wine and picked the Pilot up from the airport)

Friday it rained all day, so we met up with friends for a morning at Jump. The kiddos jumped their little hearts out and when P hit her nap wall, we rolled out for Pita Jungle on the way home and a sleep consultation call. We chatted with Heather from Sleep Shop and she was LOVELY. She was so kind and understanding – apparently, our myriad of sleep issues are very common – and we finished the call feeling empowered and like we have an action plan in place. The Pilot still has a little bit of traveling coming up, so we’re waiting until he’s home for good to start the new routine, but I’ll definitely report back on our progress. I’m also thankful that we have a follow-up with Heather after we begin so she can provide any insight or ideas if (= when) we run into obstacles.

Friday night, we took the girls rock climbing! It was their first time and they were INTO IT. I never really know how they’ll respond to new activities (would the heights freak them out or would they feel frustrated that they can’t grab onto the rocks easily?) but no. They climbed those walls like little spider monkeys and had the best time. I think it will definitely become a *thing* around here. They climbed for about an hour and a half, and then we wandered to Bear Canyon Pizza for dinner. 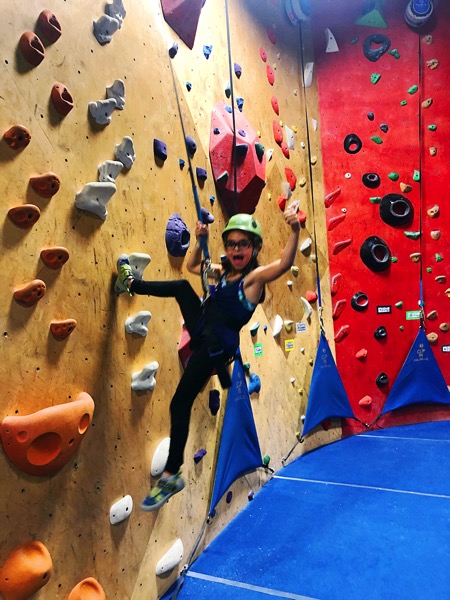 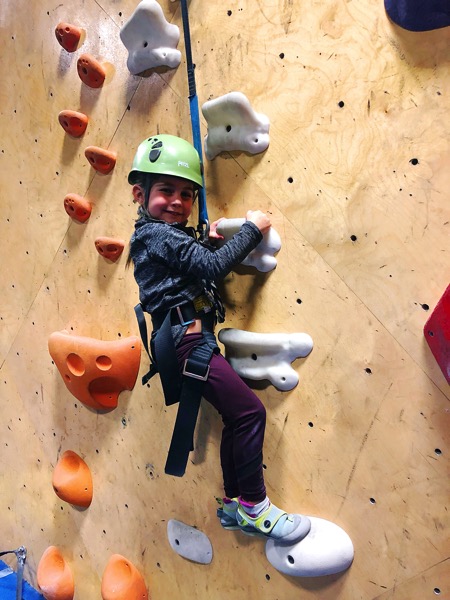 Saturday morning, Liv had two birthday parties in a row. It’s officially begun. The Pilot took Liv to her first party at the jump place, and then P and I joined them for the second bowling party. (P and I would have chilled at home, but the invitation said siblings were welcome, so it was a fun treat.) I always underestimate bowling as a family activity, which is silly because every time we go, it’s a blast. (Also why does bowling alley pizza taste so good?) The kiddos bowled, P ran around the arcade, they had pizza and cake, and we headed home for a nap.
Saturday night, I met up with some girlfriends for dinner at Downtown Kitchen + Cocktails: 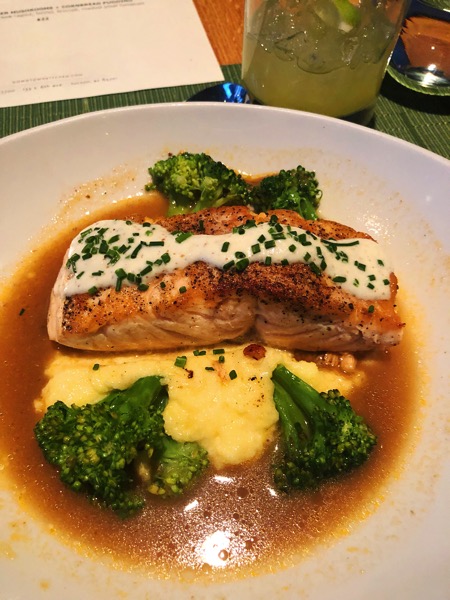 (always the salmon + a margarita)

and then we saw Ali Wong!

No pictures from the event because they locked up our phones at security. Apparently, this is becoming a thing now to prevent photos and videos being taken during the show, but it’s also how you give a person with anxiety even more anxiety: lock up their phone. They give it to you in a little gray fabric pouch that you can access at phone stations in the lobby, but it was still super weird. It was on vibrate so I could feel if someone was calling, but still kind of unsettling. Anyway, the show was hilarious. I laughed so hard I was crying, and there was also a guy in the balcony that had the most enthusiastic cackle that made all of us giggle even more. I can’t wait for her next Netflix special.
Sunday, we were super lazy and it was super beautiful. We were in our pajamas until 1pm, we had pancakes and eggs, and the kiddos watched a movie while we worked editing the homecoming video.

After a walk at Sabino Canyon, 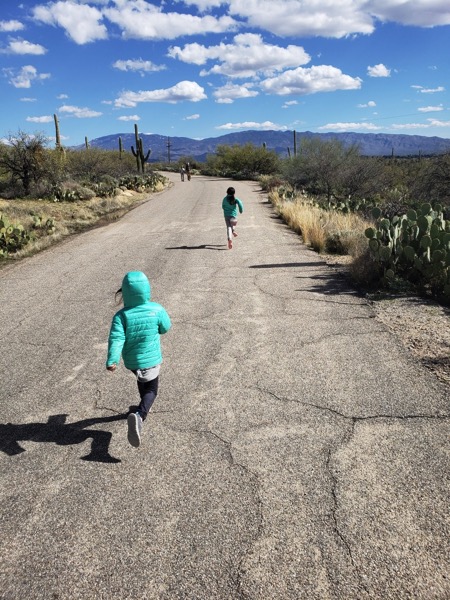 I met up with Grant and Katie to film some videos! We have barre, HIIT + strength, and prenatal workouts coming your way. 🙂 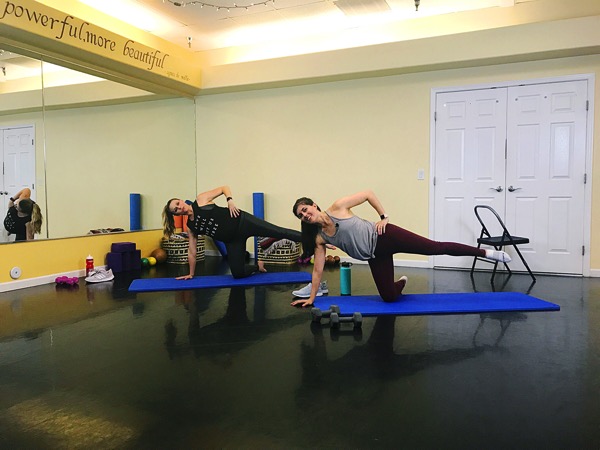 After filming, the Pilot picked me up and we had a little date at Roadhouse. It was his first time and I was so pumped to introduce him to the jalapeño popcorn. Needless to say, he was a fan.

We saw Bohemian Rhapsody and were both completely blown away. The cast was incredible and it was over too quickly. I had to remind myself that I was watching a movie and not a documentary; the leading actor was that good. I highly recommend it!

Hope you have a happy Monday and I’ll see ya soon!
xo
Gina

Looking for a workout? Try this treadmill workout; it’s one of my faves.

Posted in just for kicks, tucson

Happy heart day → ← 10 barre workouts you can do at home