Hi guys! How’s your day going? Hope it’s been a great one so far 🙂 Check out these delicious pineapple chicken and veggie kabobs. 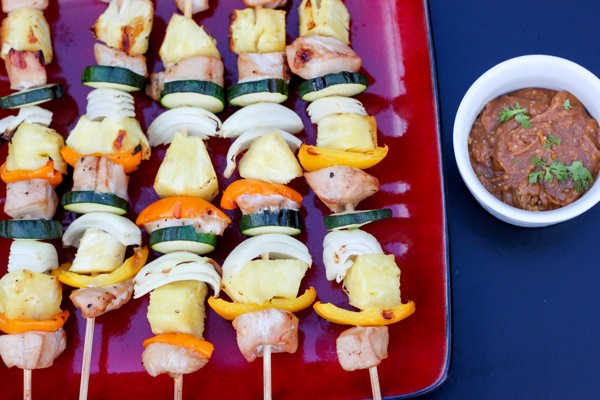 I’ve got the recipe for you below! They perfect for hot summer nights!

I’m fully convinced that plants flourish out here. My succulent garden is growing like crazy, I’ve managed to keep all of our herbs “alive” for the first full summer (ok, so the cilantro is clinging the walls of death right now). Also the first time ever, we have a jalapeño! He has a salsa destiny ahead of him. 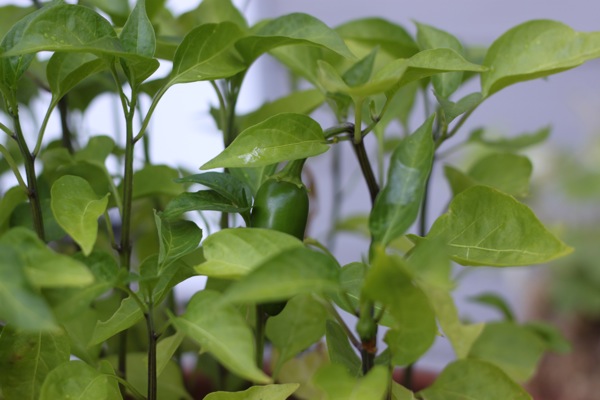 Another thing: the kombucha! A few people have asked if I was still brewing kombucha, and it’s still going strong after the interesting bottle of scoby the farmer’s market kombucha lady gave me. My kombuchas batches did fairly well in Tucson, but I think I’ve really gotten the hang of it. It’s by far the best ‘buch we’ve brewed at home. 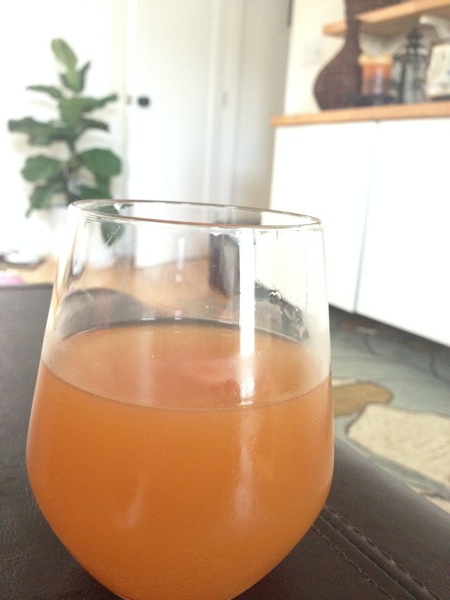 I’ve had a lot of fun playing with flavor variations and have learned that dried ginger makes it even more fizzy. Please let me know if you have any awesome flavoring ideas!

Last night, I had some of the home-brew with an awesome and easy summer dinner: pineapple chicken and veggie kabobs with a spicy peanut butter sauce. 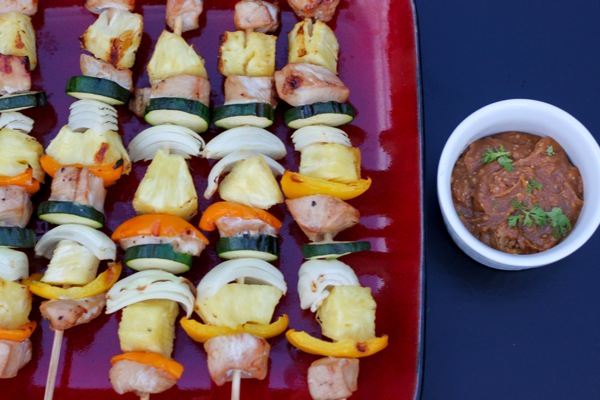 (It’s kind of like the grilled version of this beloved salad.)

Here’s the how-to if you’d like to give it a try! 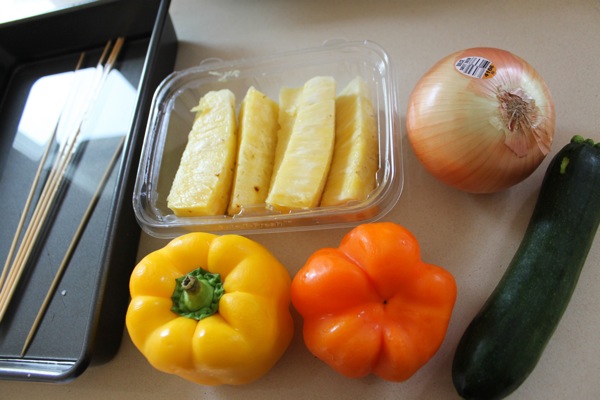 First, we put 5 skewers in a roasting dish filled with water to soak. This helps to keep them from catching fire on the grill… always a good thing. 😉 I cut up a pack of organic chicken breasts into cubes, and placed in a sealed container in the fridge to marinate with 1/4 cup Tamari, 2 cloves minced garlic, sea salt, pepper and the juice of 1/2 orange.

While the chicken was marinating, I made the rest of the skewer fillers: chopped fresh pineapple, bell peppers (2: 1 orange and 1 yellow), one large zucchini (sliced) and an onion. 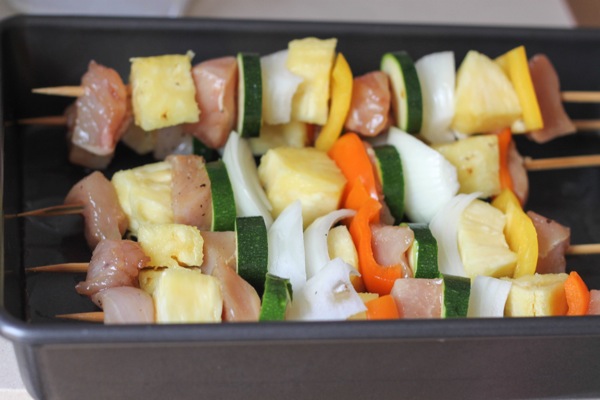 and the Pilot grilled them while we all played basketball outside. We played a little game of HORSE, which turned into HORACIO because I was not on my game last night haha.

The sauce was made with 1/4 cup peanut butter, a splash of tamari, a drizzle of honey, cayenne, garlic powder, salt and pepper. 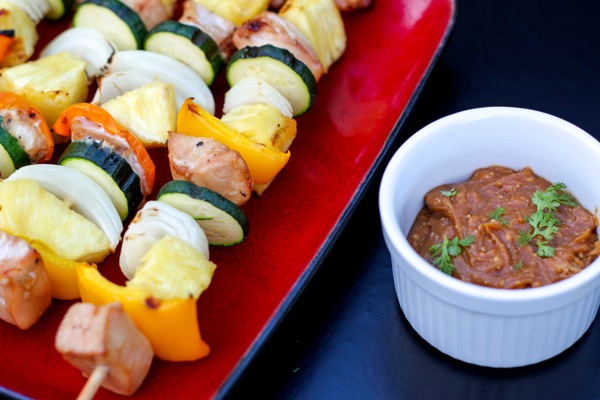 We had some skewer filling left over, so I’m excited to enjoy it on salads later this week.

What’s your favorite grilled meal? I’m a huge fan of grilled pizza, but I think my all-time fave is quiche on the grill. Black thumb or green thumb? 🙂

Have a lovely night!

Something to do: this musical cardio workout! It’s an awesome mix of resistance and speed.