Hi guys 😀 It’s me againnnnnnn. 😉 How’s your night goin? I’m so glad ya’ll like the pasta primavera recipe- totally appropriate for this time of year!

I have a confession to make… 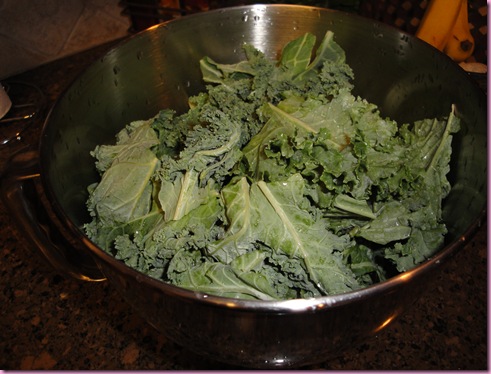 It’s one of the very few veggies that has to be disguised for me to like it.

Either in raw chip form: 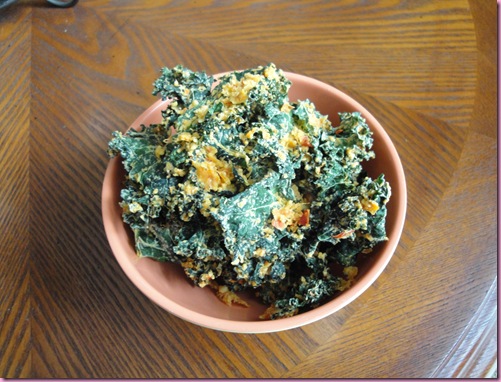 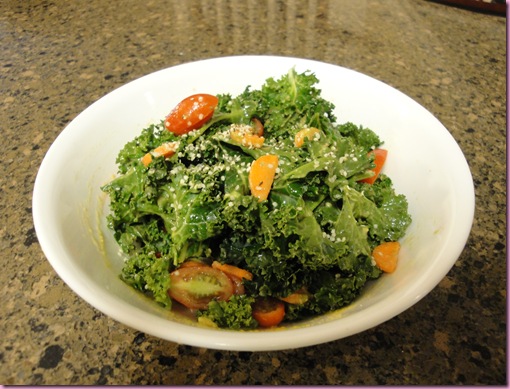 I’ve also found that organic kale is less rank than the conventional version, so I will usually only make kale goodies after a Whole Foods trip (Valdizzy doesn’t have organic kale).

This afternoon, I decided to make use of both bunches by putting some raw kale chips into the dehydrator (the standard recipe is found here– I change it up a little though) 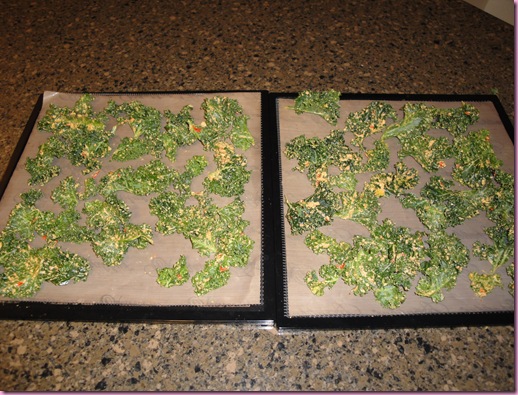 And making a massaged kale salad for lunch. 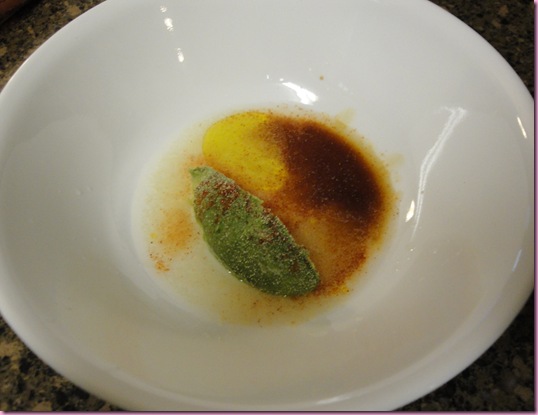 I mashed everything together with a fork: 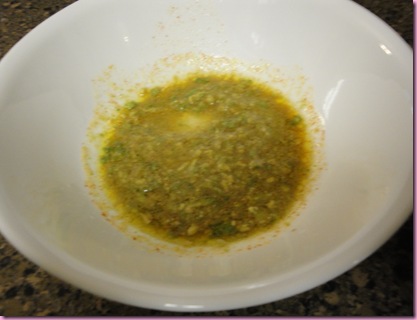 And topped with 2/3 bunch of kale (ribs removed and saved for green juice and leaves torn into large bite-size pieces), a sliced carrot and 8 sliced grape tomatoes. 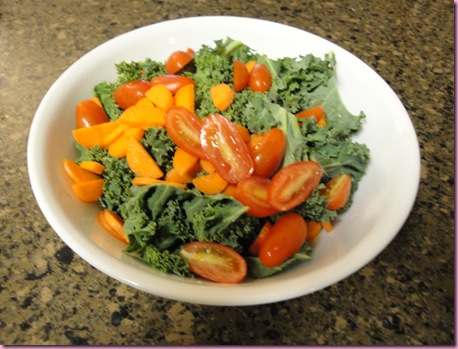 Next was the fun part: massaging the kale. Hubba hubba 😉

You just use your hands to move the kale around the bowl, squeezing and making sure the dressing is evenly distributed. This takes about 3 minutes of so. Next, I like to let the kale stand for about 10 minutes so that the acid from the lime juice can break it down a little (giving it a “cooked” feel).

Topped with hemp seeds, it was pretty glorious. 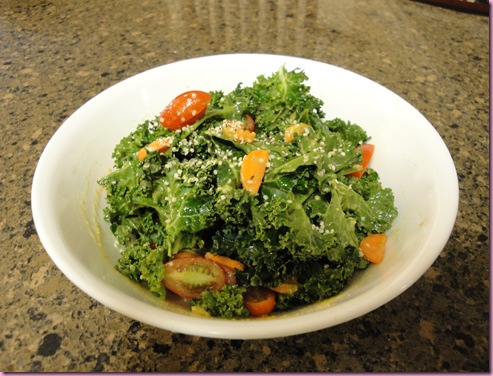 Mine is broccoli, by a landslide 😀 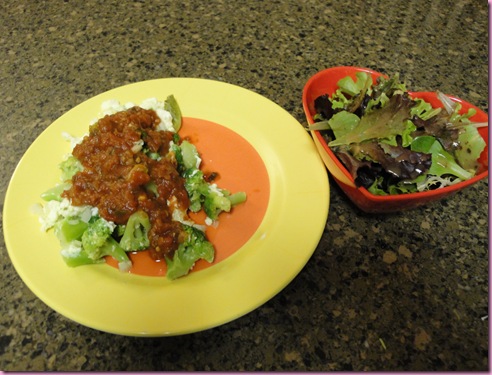 Any veggies you have to disguise to enjoy??

I used to do it with cauliflower all the time (mashed potatoes!), but now I love it raw 😀

Hope you all have a great night- I’m about to snuggle up with the puppers and watch the DWTS premiere.

Workout jam of the day: “Imma Be” by the Black Eyed Peas. I know it’s been around for a while but I’ve been singing it all weekend (and on Twitter- sorry guys, haha) and can’t. get. it. out. of. my. brain.