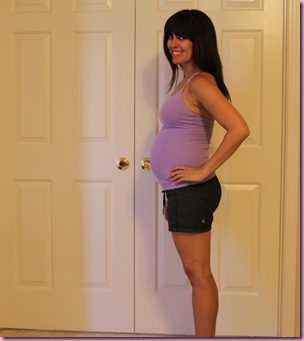 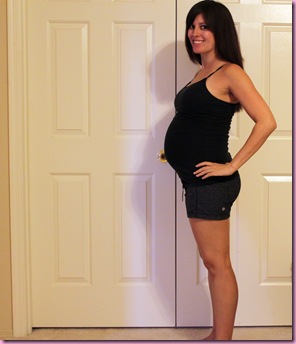 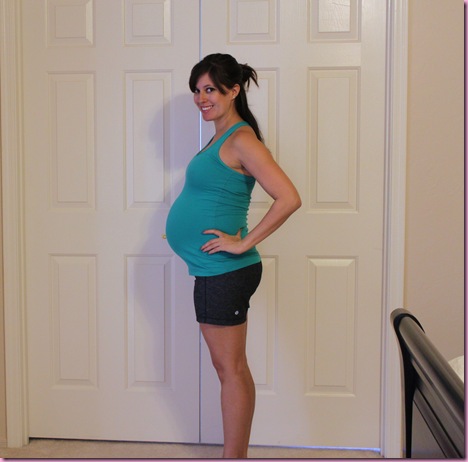 Baby is out and about, for sure!

The crazy awesome thing is that you can actually see her moving around now, too. Last night, I sat down on the couch next to Tom, pulled up the bottom part of my shirt and said “Look at this.”

And sure enough, there was a spherical shape, almost like a little bulb, protruding from my belly.

It had to have been her head or little booty sticky out, but it was the craziest thing ever. Tom kissed it…. we’re so excited to meet her <3

Notes from this week:

-I passed my gestational diabetes test, so that was a nice little sigh of relief. According to the midwife, my numbers were low (112 and they usually require the 3-hour test at 140) but she also said my iron levels were low. They want to see a number between 11.5 and 16, and I was at an 11.2. She wasn’t too concerned about it, as she said a fall in iron levels is to be expected in the last two months of pregnancy as blood volume continues to increase, but she said to focus on getting more food sources of iron from now on. Suggestions: herbal iron (Floradix), green leafy veggies (dandelion and kale), red meat (no thanks), dried fruit (apricots), chlorophyll or spirulina. I was excited to hear about the spirulina- I ran out before I found out I was pregnant, didn’t know if it was ok to keep using it and never bought more.

I happily picked some up, along with some iron-enriched gluten-free cereal and Floradix. 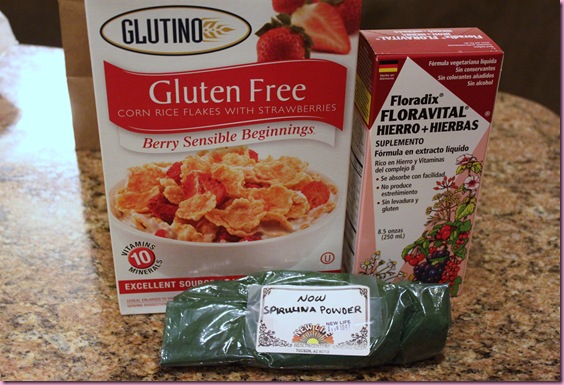 [Haven’t tried the Floradix yet- should I expect nasty or palatable?]

– I seem to have lost my brain. Thank goodness I’m a fan of to-do lists, but the funny thing is that even with a list, I still manage to forget what I’m doing. The other day, I went to Target for a few necessities, had a list with me, and still managed to forget half the items on the list. I did get a maternity dress and more dark chocolate almond milk, though 😉

– Most days I can fight through it, but the fatigue has gotten pretty intense. I’ve started taking more time to just lay around and rest, or just take Bell for a walk when I’m too tired for a gym workout.

Saturday was a tougher day for me. It was a full day of teaching (all of my favorite classes, too!) and when I got home on my lunch break, I was frustrated because there was a lot I wanted to accomplish on my break, but was so extremely tired. Tom saw that I was reaching my wall –usually by the end of the week, I’m spent- and had already written a blog post and ordered me lunch for when I got home. I was able to take that hour to rest, and I’m really lucky to have such a thoughtful husband.

-I’m also a mushball of emotion again. I’m finding that things affect me so much more than they usually do, especially when it comes to lovey/mushy things and sad/negative things. I read an extremely heartbreaking article yesterday about treatment of stray dogs in Ukraine, and cried my eyes out. I also had to restrain myself from crying while I was birthday card shopping for Tom. Usually I HATE card shopping (why are greeting cards ridiculously lame?), but actually enjoyed it yesterday.

-Still working on finishing the nursery! We’ve picked up a couple more things, the nursery letters are ready to hang on the wall, and I’m so excited to post pics of the project when it’s all finished.

The bassinet is also ready to go. She’ll sleep in this next to our bed for the first couple of weeks: 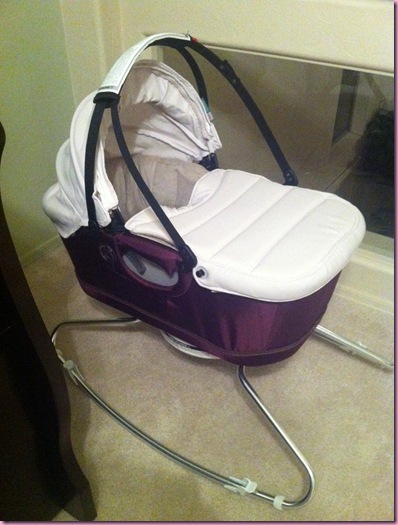 -Baby LOVES Michael Buble. Every now and again, I’ll play “Haven’t Met You Yet” while I’m driving around in the car, and yesterday, I just let the whole CD play on my iPhone.

This song came on, and she went CRAZY kicking and rolling around: 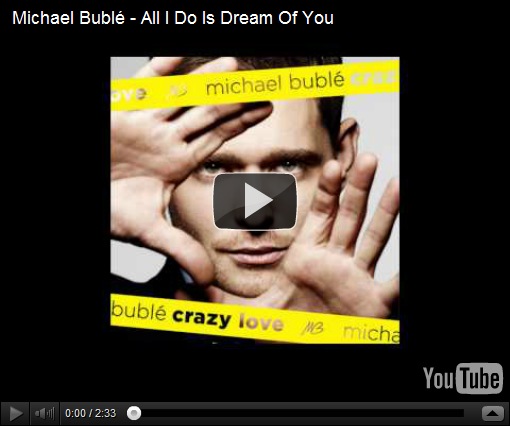 She’s already developed good music taste, between the Spanish pop, Reggaeton, and Michael Buble I play for her 😉

-Major things left to do:

1) Take a breastfeeding class. We signed up for a class at the hospital with two of our friends (due the week after us!). The boys are excited to learn about boobies.

2) Find out who the baby’s pediatrician will be. I need to go down to Flight Medicine and find out what the steps are. Military insurance is awesome, but sometimes a little tricky to navigate.

3) Take a tour of the hospital and fill out paperwork.

4) Pack hospital bags- Babycenter told me I have two weeks until mine should be ready to go. I haven’t made a list yet, but my own towel, pajamas and lots of snacks are a must 🙂