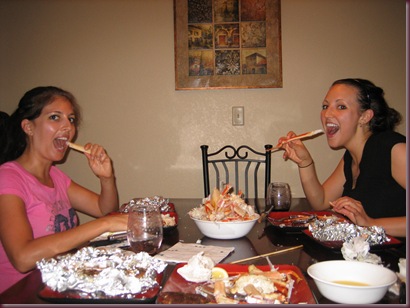 We had a seafood FEAST in our casa last night 😀

The pilot and I picked up a ton of seafood at Publix yesterday and decided to do lobster, shrimp and crab legs on the grill. 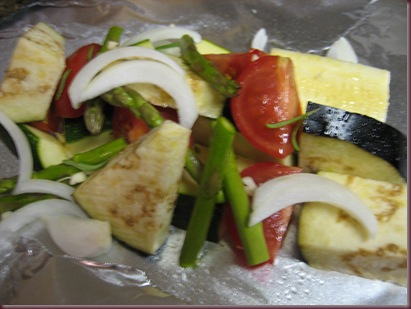 The pilot threw the veggie packs on the grill along with shrimp skewers, crab legs and lobster tails. The shrimp were seasoned with olive oil, paprika, sea salt, pepper and HOT SAUCE (yeahhh!) while the lobster tails were basted with a marinade of olive oil, lemon juice, chives, paprika, garlic, sea salt and pepper. 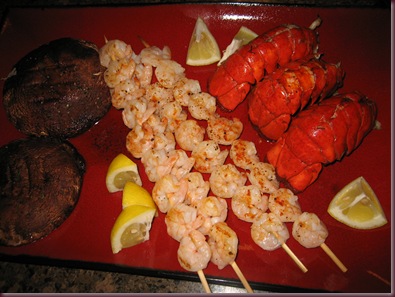 We also had some grilled balsamic portobello mushroom caps

And 3 lbs of grilled crab legs 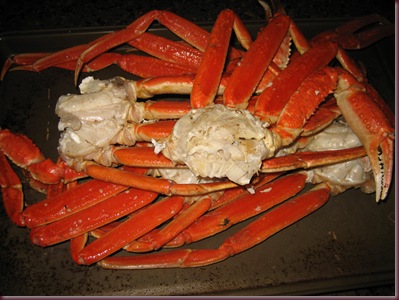 and my veggie plate: 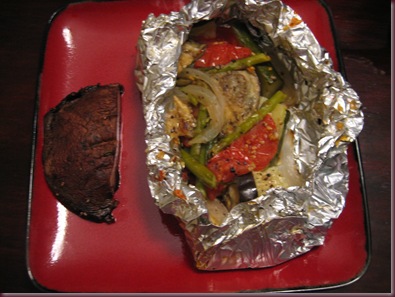 The pilot thought that Megan and I were going to be super dainty trying to get the meat out of the crab legs. He was shocked when we went after those things like a couple of barbarians 😀 After he took this pic, we high-fived with our crab covered hands. We’re classy like that 😉 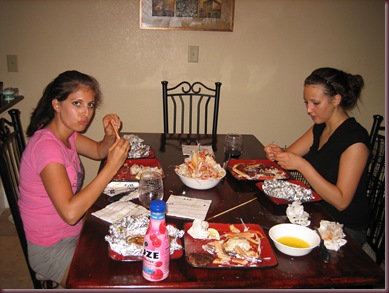 There were crab particles flying all over the house! Quite the party 😀

After dinner, I had a lovely seafood baby and we watched Next Food Network Star. We went to bed pretty early and woke up to the sounds of Bella getting sick.. on the bed. Needless to say, I didn’t sleep much last night. (She’s feeling much better now and is feasting on dog food as I type this, so I think she’s fine). We gave the puppies a couple of the pilot’s new potatoes and I’m thinking they didn’t agree with her. Once, Viesa ate an ENTIRE yellow cake (while I was taking a shower) and didn’t get sick at all. Go figure, eh?

I had the standard green juice: 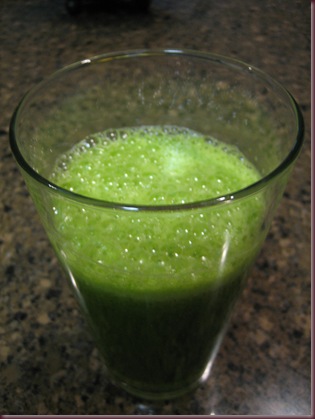 And admired the beautiful flowers from my pilot 😀 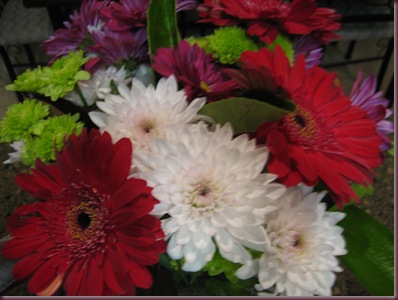 Now I’m just chilling, about to make a spin CD and off to teach aerobics class #1 for the day.

Hope you all have a happy Monday! See ya this afternoon with a Summer Shape Up post! It’s the LAST week of the challenge!

Brain freeze, food baby and a buzz → ← When the can bites, when the wasp stings