Hi friends! Happy Monday. I hope your morning is off to a good start. I’m going to catch a short walk/run outside (<— I want to get back into running once a week, especially when the weather is lovely) and doing the total body workout from Fit Team. If you want to join us, enrollment closes TONIGHT at midnight! Sign up here or check out this page for details + FAQs. Enrollment won’t open again until later this summer or fall.

One of my big goals for the year is to read 3 books per month (1 fun/fiction, 1 personal development, and 1 related to health or wellness in some capacity) and I thought I’d share a little recap each month here on the blog. If you like this type of post, please let me know! I managed to check all three boxes for January, so here’s a recap of what I read and whether I’d recommend adding them to your collection. 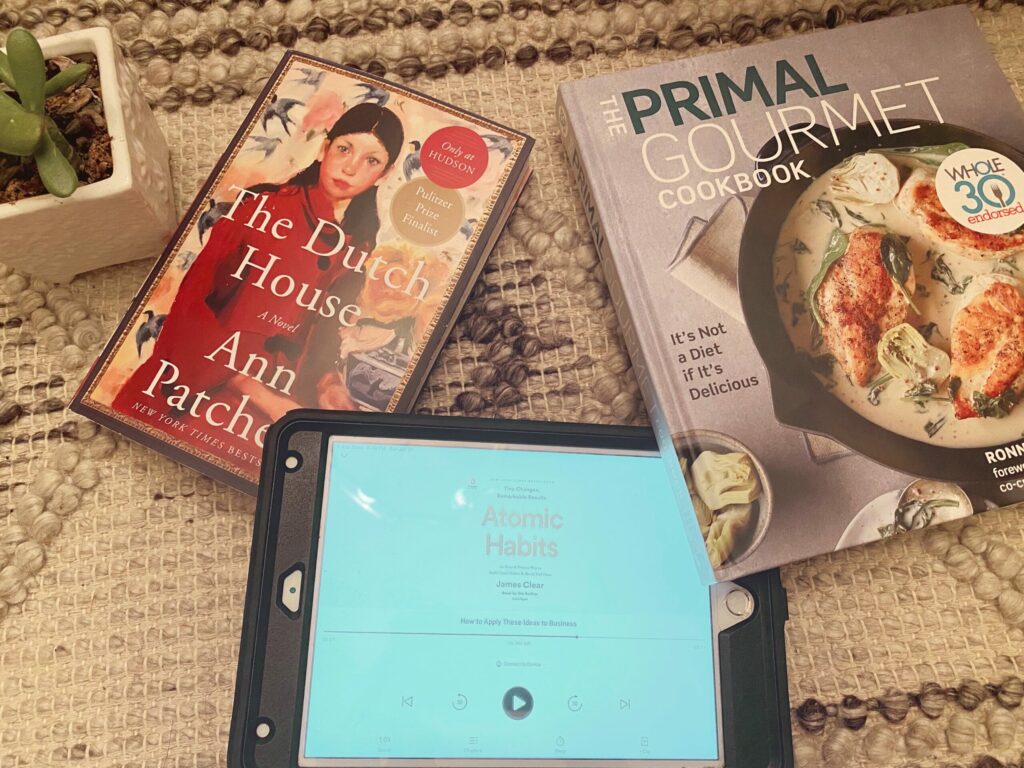 I read this entire book in two sittings, which is RARE for me these days. (I’ve been picking at The Huntress for at least two months now but will prob finish it next month.) I found myself so intrigued in this story and especially loved the author’s vivid character descriptions and the dialogue between the characters.

Here’s a short synopsis from Amazon:

At the end of the Second World War, Cyril Conroy combines luck and a single canny investment to begin an enormous real estate empire, propelling his family from poverty to enormous wealth. His first order of business is to buy the Dutch House, a lavish estate in the suburbs outside of Philadelphia. Meant as a surprise for his wife, the house sets in motion the undoing of everyone he loves.

The story is told by Cyril’s son Danny, as he and his older sister, the brilliantly acerbic and self-assured Maeve, are exiled from the house where they grew up by their stepmother. The two wealthy siblings are thrown back into the poverty their parents had escaped from and find that all they have to count on is one another. It is this unshakeable bond between them that both saves their lives and thwarts their futures.

Set over the course of five decades, The Dutch House is a dark fairy tale about two smart people who cannot overcome their past. Despite every outward sign of success, Danny and Maeve are only truly comfortable when they’re together. Throughout their lives they return to the well-worn story of what they’ve lost with humor and rage. But when at last they’re forced to confront the people who left them behind, the relationship between an indulged brother and his ever-protective sister is finally tested.

Danny and Maeve had such a unique bond as brother and sister. While nothing crazy intense happened, I was so drawn to the characters that it was suspenseful to feel the story and events unfold. I think that the book dragged a tiny bit towards the end. For that reason, I’d give it an 8/10.

I listened to this one via Audible, and as someone who has a hard time finding audiobooks that capture my attention for very long, this was a gold star. I’d probably recommend this over reading the physical book, except there are a few documents that he references (you can access them via his website if you’re listening to the audio version).

This book is based on the compound effects of habits and how small habits and choices build the person we eventually become. I thrive on routine and have a fixed set of daily habits, so I wasn’t quite sure how much I’d get out of this book.

Spoiler: it was a LOT.

It was fascinating to learn why and how certain habits lead to success and others lead to defeat. It was also helpful to leave how to hack your habits to encourage the good habits and discourage the habits that cause us harm.

Some of the things I learned from this book:

The key steps to making a good habit stick

How to break bad habits

Why you should focus on small habits first and build from there (<— don’t be “fair-weather” in anything you decide to do. Do it wholeheartedly)

A couple of quotes I kept in my phone:

“Good habits have long-term rewards while bad habits have instant rewards. What is immediately rewarded is repeated.” This is why you have to make an active choice to perform good habits, because there’s a delay in the reward. You have to stick with it even when you don’t feel motivated and it feels boring.

Would I recommend it? YES. Download it, buy the physical version, or listen to the audiobook. 10/10 would recommend.

I met Ronny at a NOW Foods event a couple of years ago and have been following him on IG ever since. (Funny story: we were in the same group to make a recipe for our Iron Chef-style challenge and I was making the sauce and struggling with the ginger, since we didn’t have a grater. I asked if anyone was good at chopping ginger – I could do it but my mincing skills aren’t fabulous – and he literally turned it into ginger paste in 30 seconds. I was like, “Ok, wow. So turns out you’re a real chef.”) I love how quick and AMAZING all of his recipes look on IG, so I was excited to get his cookbook. All recipes are gluten-free and dairy-free.

We’ve made a handful of them for dinner and have loved them all. We had the shrimp Cobb salads for dinner last night. 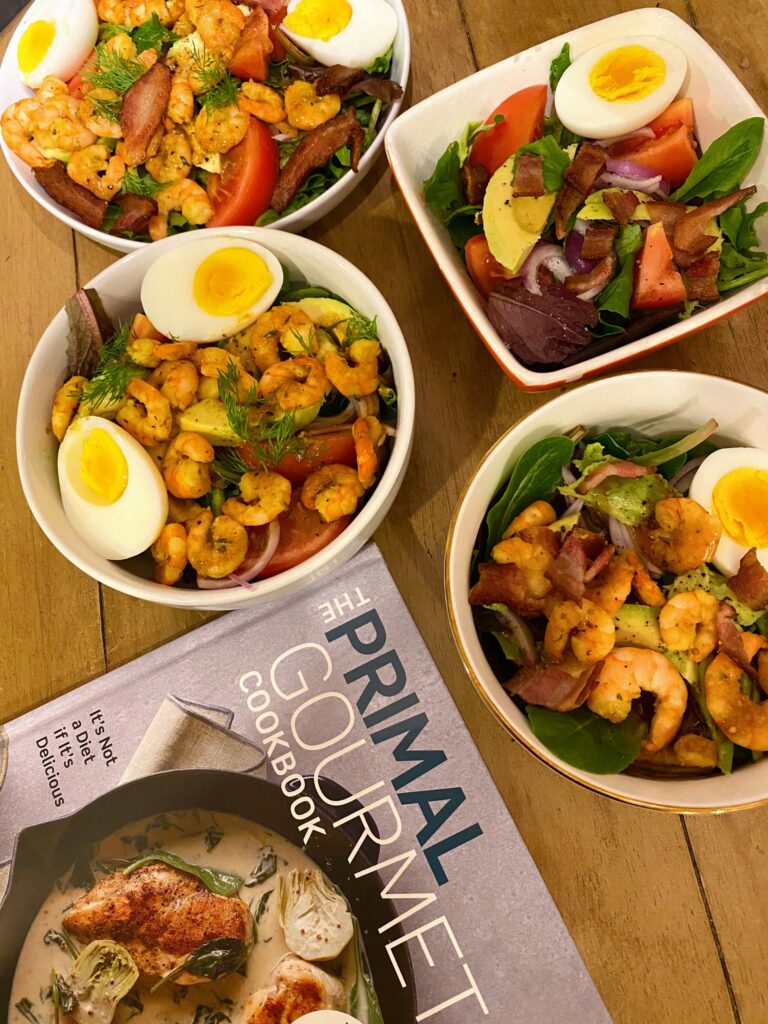 More recipes in the cookbook:

I’m trying to eat more protein and fiber (I’ll share more in tomorrow’s post) so I thought it would be nice to change up our recipe rotation. (I don’t like to make plain-ish meat and veggies and want real recipes that feel special.) Everything we’ve tried has been bursting with flavor and cooked perfectly. If you’re looking to change up your recipe rotation and try some new and healthy recipes, you should absolutely check it out. It’s also Whole 30 approved if that’s your thang. 10/10

So, tell me, friends: what are you reading right now? When do you usually get in reading time?

What should I add to my list for this year?

Posted in just for kicks, review