You know that post-vacation slump? It came to our house with a vengeance after our amazing Disneyland trip. I’m not sure if Liv was just sad that we couldn’t go to “Minnie Mouse House” anymore, or if the “twos” are really here, but we started “time out” last week.

I’m not sure if time out is something that my parents really used. When I was older, I was grounded and had things taken away (after locking my door too many times it was taken off the hinges when I was in middle school. At the time I was furious, but looking back it’s kind of hilarious), but I can’t really remember what they did when we were having a meltdown and I was itty bitty. Anyway, for Liv it’s “time out.” 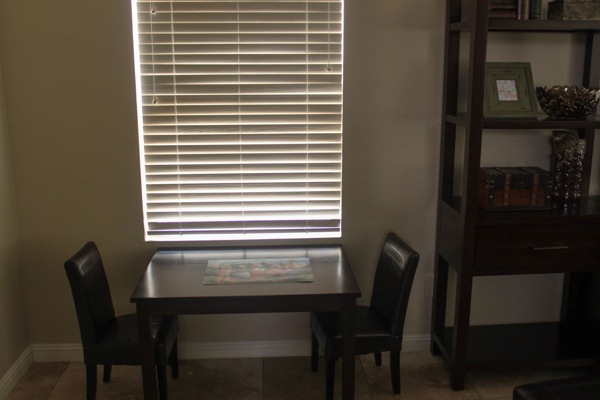 When you think of time out, you might picture a certain place where the kid has to go and remain for a specified amount of time. They could have “time out” in a corner, or like when I was in daycare, a certain chair. For Liv, it’s a little different. It’s not just one place -we can have a time out anywhere in the house- and it’s not for a specific amount of time. It’s also something that we do together.

“Time out” is exactly that: time out from everything else. Whatever activity we’re doing freezes, I tell her I think she needs to take a time out, and we head to a quiet place (like her tiny dining set or the couch) together. I sit with her, hold her if she’s crying, and tell her we’re going to stay in time out until she can relax and be calm. I’ll also use this time to acknowledge her feelings (why she’s frustrated or upset), and why we need to do things a certain way. (“I know you’re sad that I won’t let you go up the stairs by yourself, but mama needs to be with you in case you lose your balance and start to fall.”)

So far for us, time out has been needed when Liv has been throwing tantrums. To my surprise for now, she calms down quickly and it’s been working. (Knock.on.wood.) It only takes about 30 seconds before Liv is calm and ready to resume life sans shrieking.

She’s always been an independent little lady, but now she wants to do everything by herself. She freaks out when I try to dress her because she wants to do it herself, so it often begins with me trying to dress her, she turns into a baby statue, screams and says, “No no no! I do it” so I hand her the clothes, let her have some time to try and figure it out, ask if she wants help, and it ends with Liv extremely frustrated that she can’t quite get it yet. And then there’s the screaming like she’s on fire. Good times, haha. So we have a time out and then she lets me help her get dressed. Or if we have nowhere we need to be, she hangs out in her diaper trying to put her clothes on until she’s ready to let me help her.

Is anyone else venturing into a similar time with their kiddos? Any words of advice or things that worked with you? I also think it’s worth mentioning that I kind of loathe the phrase “terrible twos.” I think it’s negative and while Liv is definitely older now, she’s probably frustrated at being small and trying to learn so much. I try to show her patience, love and kindness as she’s learning, which I hope in turn will help her to deal with her emotions and frustrations.

As far as the “terrible twos” go, word on the street is that the f*cking fours are even more fun than the twos. Lots to look forward to 🙂