Hiiiii 🙂 Hope you’ve had a fabulous Saturday so far!

After this morning’s post, I couldn’t wait to try out something new in my bfast: 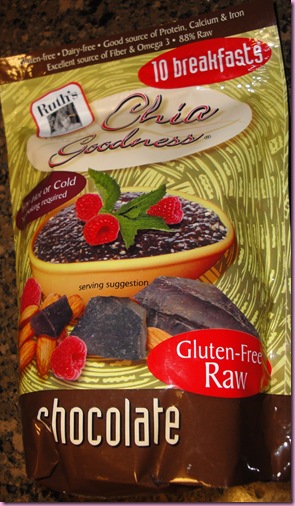 Chia goodness. And goodness it was 😉 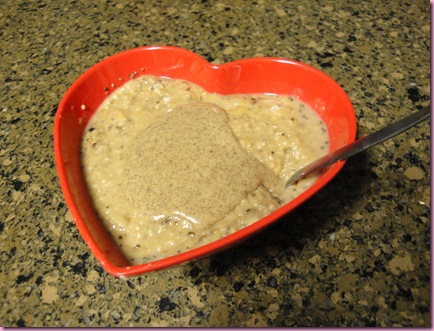 Then I went off to do a nutrition analysis for a client. Every couple of weeks, we go over meal plans that correspond with her exercise schedule. The cool thing is, as I create the meal plans, I tell her why I’m choosing the foods and ratios that I do, and now she’s getting to a point where she can do it on her on, no problemo. I’m super proud of her 😀

After the gym, the pilot and I ran some errands and I had the un-mistakable urge to SHOP!!! Too bad Valdizzy’s mall is puny…. until I can stop the shopping beast in Orlando next weekend, I bought a couple of new things at Books A Million (Beefcake and Noble wannabe).

I’ve been wanting it since I attended 105degrees. The recipes are so beautifully created and I love the emphasis on glamorous plating. 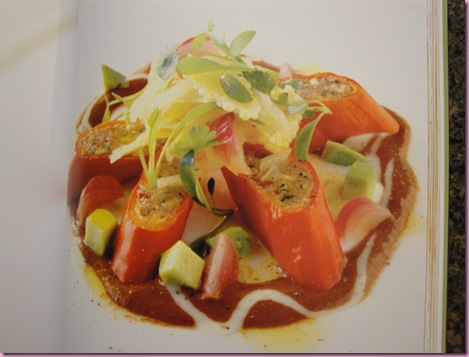 Don’t you just want to grab a fork and dive in?!

I also bought THIS: 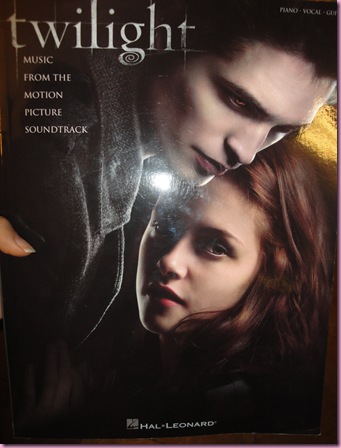 We stopped at Main Squeeze for juices (I got apple, wheatgrass and ginger) and then back to the casa to be lazy clean and stuff. 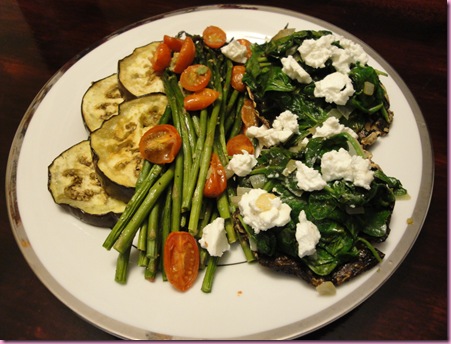 Since the pilot had some studying to do, I got to pick a girly movie to watch 🙂 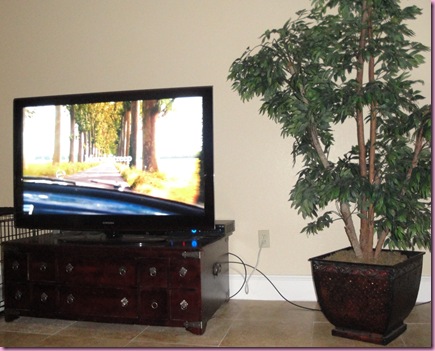 I’ve seen it before when it first came out, but definitely wanted to see it a second time. Meryl Streep cracks me up and even though I despise Amy Adams haircut in the movie, I adore her so much.

We had plain popcorn (popped in a paper bag in the microwave) and topped with sea salt, Earth Balance and nutritional yeast as we watched the movie: 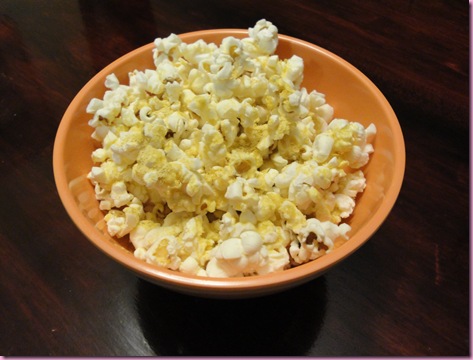 Not a bad night 😉

Well I’m off to take these puppies for a short walk then crash out. I’ve got a 6-miler in the morning with the girls—it’s our last long-ish run before the half. Eeeeeeek!!!

Have a lovely evening <3

Something to do: Keep those Winter Shape Up success stories coming my way! A re-cap, mumbo jumbo and a giveaway are all coming atcha on Monday.

Posted in breakfast, Dinner, raw, snack, something to do, superfood, training, Valdosta

Put It On a Chip → ← Tiara Countdown is On