This morning I tried something new for bast: 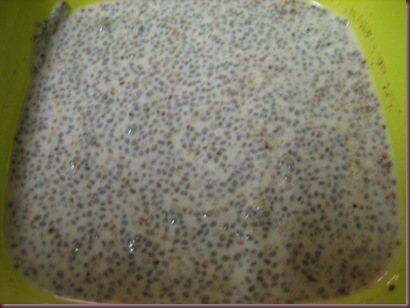 Holy deliciousness, this stuff was AMAZING. With hemp milk, chia seeds, vanilla Stevia and cinnamon it was absolute perfection. Since I went veg I’ve definitely missed out on eating pudding because it used to be one my favorite snacks. This is a perfect replacement and makes such a light and delicious bfast, especially topped with fresh fruit. 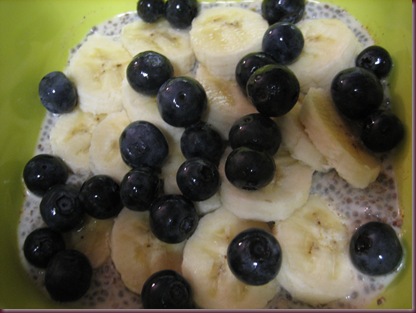 I was surprised how thick the pudding was, even though I significantly reduced the recipe to make a 1-portion serving. 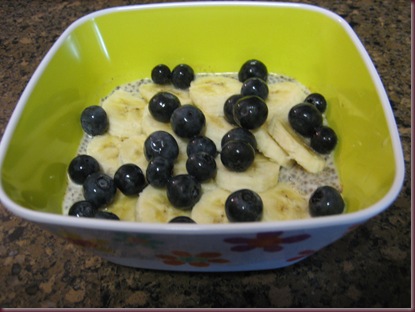 I also spent my morning with an old buddy, Dave Farmar. I consider him a friend since he gives me pep talks on life, but it’s been wayyyyy too long since I’ve done one of his podcasts! I finished it out, even though it was quite challenging and felt glorious afterwards 😀

To rewind to last night, the pilot and I had a super fast but way delicious meal when I got home from work.

I baked some salmon that I marinated in Annie’s BBQ sauce and served it with roasted veggies. 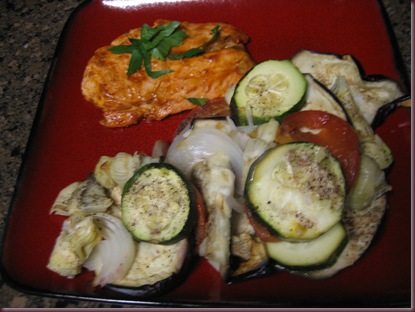 The pilot had some couscous with his meal (cooked in chicken broth and seasoned with S&P, chili powder and garlic): 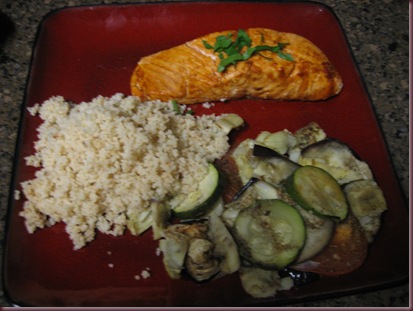 This morning, before the chia pudding of justice and joy, I had a new Cullen juice: 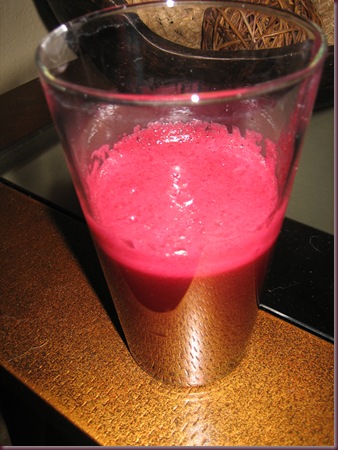 I don’t think I’ve mentioned it on the bloggy yet, but I stopped drinking coffee about a month ago. I think coffee has a TON of benefits, and I really do love it, but it got to the point where I was dependent on it. I was groggy and out of it until I had my morning Joe and didn’t like feeling addicted to it. So I went cold turkey and have been drinking morning juice instead. I had headaches like the dickens and was a little cranky in the morning for a few days, but it wasn’t nearly as difficult as I thought it would be. I’m still going to enjoy the occasional java joy, but I wanted to get myself away from *needing it* to survive the day. I have a loooong history with coffee (and it was my study elixir of choice when I was in undergrad and studying until 4am to wake up at 6…not healthy but way better than taking Adderall, which many of the students in my business school took) and am pretty stoked that I’ve decreased the need to have it every day. Juice has been doing the trick so far 😀

Another one of my addictions is gum, which I also went cold turkey with when I was chewing a piece of Orbit Mist and decided to randomly check out the ingredients. There was gelatin in there, so I chucked the piece out the window and didn’t have gum at all for about a month. That was a huge step for me because I ALWAYS have gum in my mouth –I just like to be minty fresh 😉 I came across this gum at Whole Foods which is sugarfree and has xylitol (which has oral health benefits) in there. 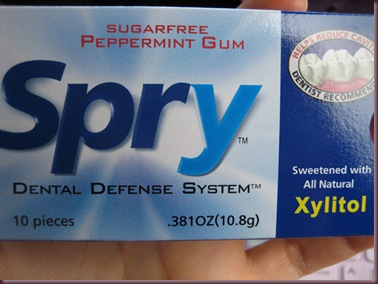 I have been HOOKED ever since! Has anyone else tried this gum??

Are you a gum and coffee kinda girl too? Are you trying to kick any habits??

Well it’s time for me to get the pilot’s dinner in the slow cooker, clean up around the casa, make a spin cd and off to work.

Summer Shape Up girls: The spreadsheet has been updated! Please get your points in there and I’ll post a point update on Monday with next week’s workout. Keep it up! 3 weeks—you can do it 😀