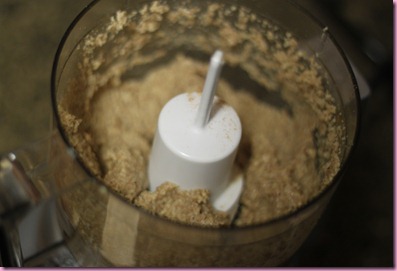 When I realized that I was out of almond butter this morning, I proclaimed that I’d try to make my own.

The Pilot just raised one eyebrow at me. Last time I *tried* to make almond butter, I overheated the Vitamix and our kitchen was full of smoke.

Feeling brave, I decided to give it another whirl. 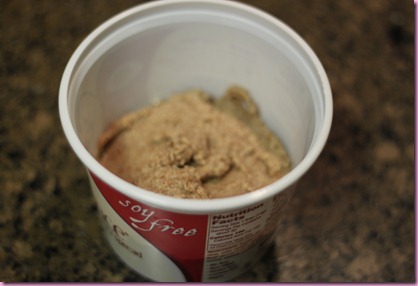 I guess the secret is adding a little bit of oil to the raw almonds?? I whirled the raw almonds around in the food processor for about 5 minutes and when nothing was really happening, I added a small splash of olive oil. A little more whirling + some sea salt, cinnamon and vanilla, and voila! Homemade AB 😀

Have you ever made your own nut butter???

Even though it’s Pancake Sunday, I had to use the fresh cinnamon-y almond butter in some bfast cookie dough cereal, topped with an organic peach: 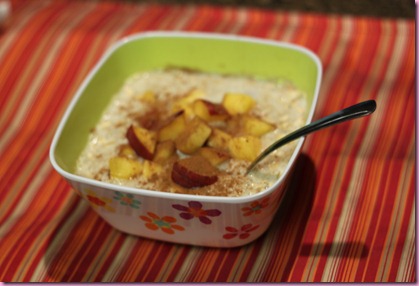 The Pilot had French Toast and left his plate on the coffee table..Bella finished it for him 🙂 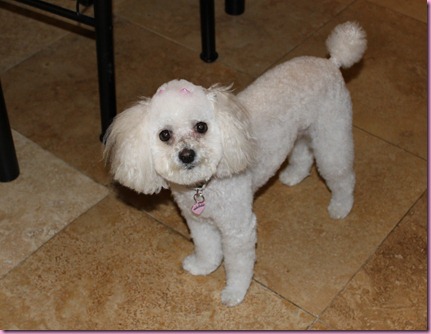 We’re all out of order as far as food traditions go this week, because we celebrated Indian Food Wednesday last night [Saturday] 😉 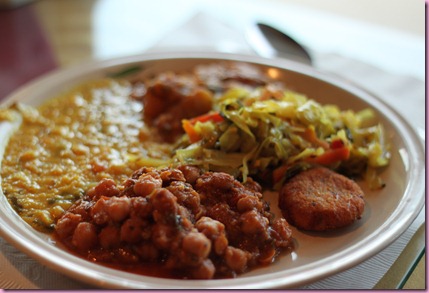 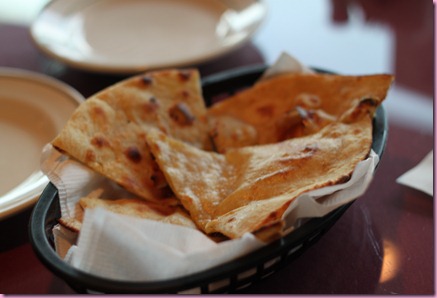 Even though the food was wonderful and my date was seksi, it wasn’t quite as fab as our Chicago Indian Feast last weekend 😉

After our dinner, we rented Shutter Island, which was intense and kinda creepy. I had CRAZY dreams last night!

This morning we’ve been cleaning around the casa and the Pilot has to go into work for a while, so I’ll hop on the spin bike at the base gym while he works.

Hope you have a beautiful Sunday!