Hi guys! How’s the morning going? Hope you’re having a wonderful day! I’m off to Arizona for a fun adventure. I’m excited to share the details with you! I’ll be posting lots on pics on Instagram, too.

Head’s up: the rest of this post is about the 21-day detox I did with the Pilot. If you think this would be a sensitive or triggering topic for you, please skip the rest of this post and I’ll see you back here later today! What we read can affect our thoughts, and it’s up to us to be smart about what we choose to allow into our minds and hearts. Sending love to you all.

As you guys know, the Pilot and I finished up a 21-day detox together. The Pilot’s recap of it all is here! The Pilot was interested to see how changing his eats would affect his energy levels, and I asked to join in on the fun. For the most part (minus the whole “no wine or sugar” thing) this is how I like to eat anyway, and I think he probably enjoyed the support and solidarity. 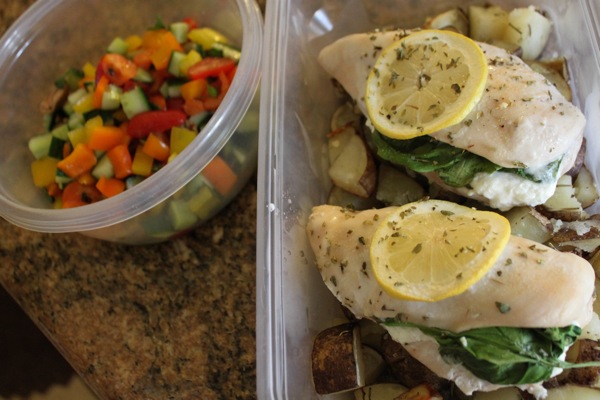 Here’s what the detox entailed:

-No cow’s dairy (we ended up skipping dairy entirely, with the exception of grassfed butter)

-No caffeine (this was the Pilot. I still had green tea and some coffee because toddler.)

Since we started the detox (and finished this weekend, which corresponded perfectly with Superbowl Sunday), my comments and emails were full of requests to share the full details. I’m excited to post all of the info for you below!

(Tip: please do not make any fitness or nutrition changes without consulting your doctor. For help with eating plans specified to your unique needs, enlist the help of a local Registered Dietitian.)

Every morning when I woke up and had a mug of hot water with raw apple cider vinegar, cayenne pepper, lemon juice and maple syrup. I used to do this religiously, but got out of the habit. It’s supposed to help with restoring the ph balance of the body. I think it tastes delicious, and is a nice way to wake up. I have to drink it before Liv is awake, though, or she’s saying, “I smell something! STOP THAT SMELL!” haha.

I started off documenting our days, but a lot of them were redundant, as we ate many of the same things for breakfast, lunch, and snacks. Instead of mapping it out day by day, I thought I would share it in list form, as we mixed and matched for many of the same meals. The Pilot and I ate the same foods, but I made his portions larger or added additional protein or fat. Also, I tend to eat more during the day and he eats more for dinner, since I have so many active teaching classes. Even though the types of food changed a little bit, I would guess that my calorie intake was around the same as my usual intake, or maybe a little higher since I was consuming more healthy fats.

Here are the meals and snacks we enjoyed during the detox:

Breakfast: breakfast usually had two parts, starting off with a smoothie and finishing with a hearty egg or oats based meal, an hour or so later 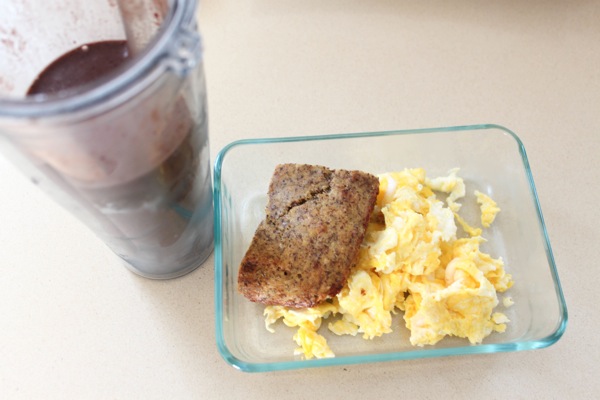 Part 2: two eggs scrambled with chopped veggies and topped with salsa and/or guacamole

egg burrito with sautéed greens, chopped veggies, two eggs and a brown rice tortilla (for the Pilot, I would also add avocado)

egg oats: 1/3 cup oats cooked with water, with one egg added halfway through the cooking process. Just make sure to stir continuously until the egg is fully cooked. I stirred in some almond milk, cinnamon and topped with fresh berries and almond butter 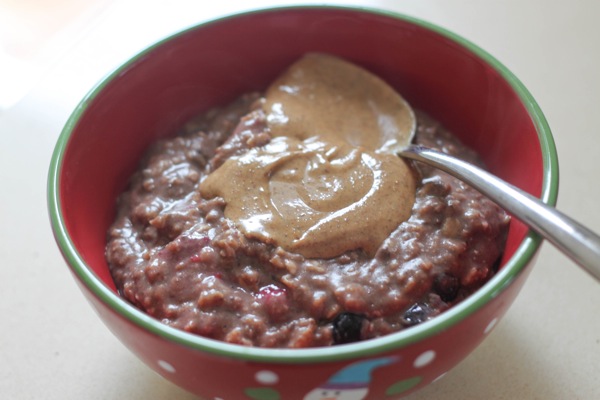 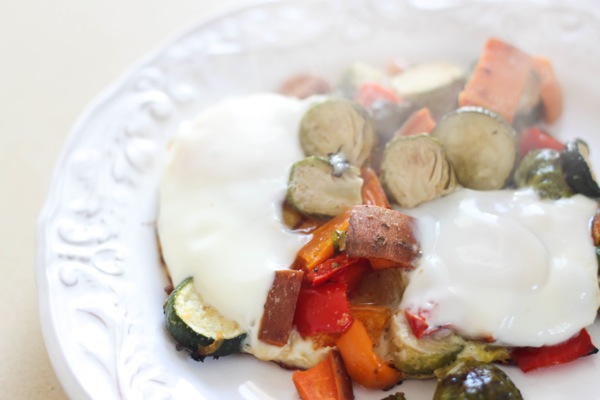 Slice of Paleo bread with an egg on top

Apple and a pack of Trader Joe’s raw almonds

Chia pudding (2 tablespoons of chia seeds, 1/2 cup almond milk, set in the fridge for about 30 minutes. Top with fresh berries, cinnamon and a drizzle of honey) 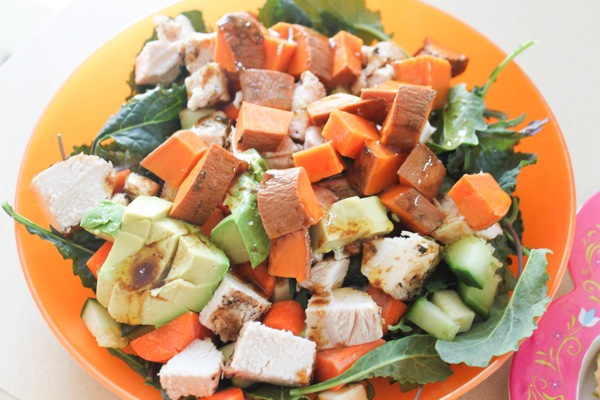 Leftovers from the night before, served on top of a salad

An apple with almond butter and cinnamon 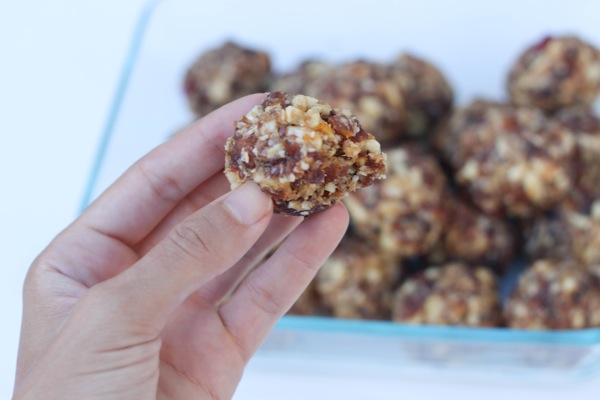 Dinner (this is where things got a little more exciting) 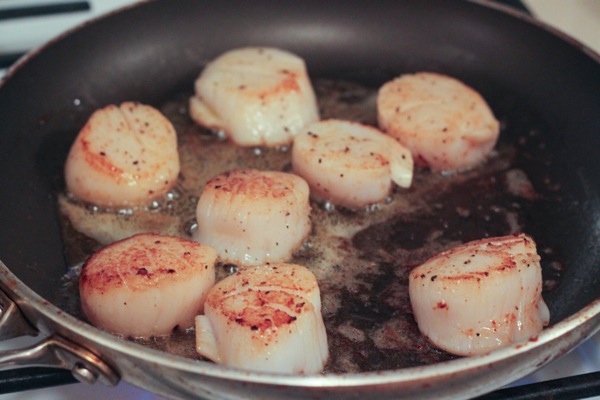 Steak (for the Pilot), teriyaki chicken (for myself) with roasted sweet potatoes and coconut oil broccoli

Turkey meatballs in marinara with spiralized zucchini and quinoa noodles 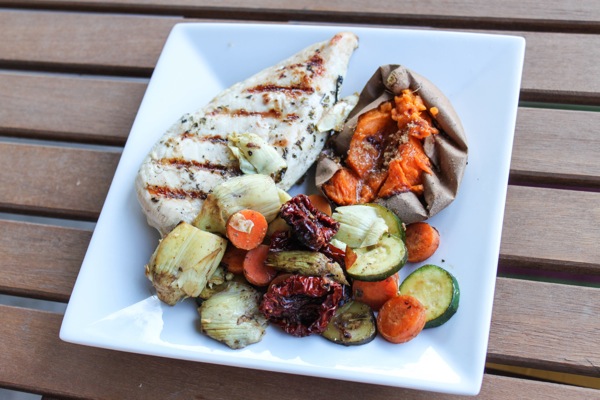 What I learned from the 21-day detox:

-I eat the way I do because I enjoy it and it makes me feel good. Over the holidays, I had been swimming in cookies, gluten, sugar, and while it was all delicious, I was feeling pretty lethargic and blah. My skin was dry and dull, and I noticed more split ends in my hair, which was a bummer since I’ve been trying to grow it to mermaid length. This detox was a good way for me to get back to basics and reduce the sugar cravings. The more I have sugary foods, the more I crave them, and the more they become habits instead of something I truly enjoy. Cutting them out cold turkey was a great way for me to get back to the lifestyle I enjoy, but I guess that feeling gross for a little while made me realize how good it feels to eat really well. I was really excited to see that the Pilot enjoyed this style of eating, and noticed significant differences in his energy levels. He had never eaten like this consistently, and was thrilled to see what a difference it made.

-It’s nice when you eat the same way as your partner. This is silly, but usually if I’m eating french fries or gooey dessert, it’s because the Pilot and I are eating them together. Without having this type of food around, I didn’t crave it the way I do when it’s easily accessible. Instead we had a bounty of fresh, colorful produce to choose from, prepped protein and delicious snacks. The only thing I really craved was wine, chocolate, and a manchego cheese board. 🙂

-We spent significantly more on groceries than we usually do, but also didn’t go out to eat nearly as much. Also, since we weren’t drinking a bottle of wine between the two of us each night, we saved a significant amount of money overall.

-I don’t think I had ever eaten this clean consecutively before. Usually, I like the treats and fun stuff in every here and there. For curiosity purposes, I took some before and after pictures to see if I’d notice any physical results, and I definitely did. (I’m not going to post them for the world to see though haha.) The biggest change was the decrease in stomach bloat. Gluten and dairy are delicious, but when I have large amounts or eat them consistently, the bloated stomach is no joke.

-What I’m taking with me: wine will be an occasional thing instead of every night, and chocolate was definitely something I was ready to bring back. I’m still enjoying the apple cider drink and smoothie before breakfast, too. 🙂

Have you ever done something to bring your eating back to basics? How did you feel? Any weird detox-y foods you’ve tried? When I did a detox a few years ago that my homeopathic doctor gave me, I was ALL ABOUT eating socca bread (garbanzo bean flour and water). I think I burned myself out a bit… thinking about it now (and how the house smelled like chickpeas) makes me gag a bit.