Hey everyone! How are ya?? I loved reading about your grocery staples– I saw some new items in there that I’m gonna be on the lookout for 😉

This afternoon, I decided to whip up some hummus using the standard recipe: 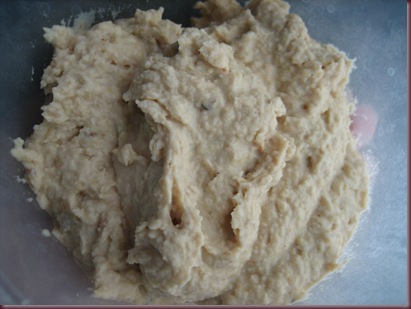 And made a sandwich to munch after spin while driving to my training appointment: 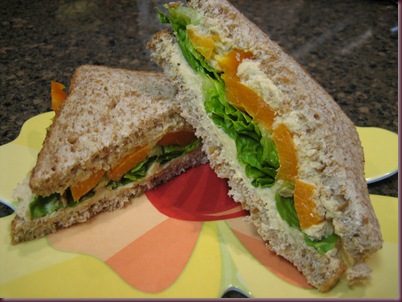 That baby had sprouted sourdough bread, homemade hummus, bell pepper and romaine. It took everything in my power to put it in the fridge and save it for later 😀

After reading poolside for an hour – I joked on twitter that the only thing I worked on today was my tan – I met Jeni at the gym for some shoulders, chest and triceps.

When I got home, I made a quick smoothie of brown rice protein, hemp milk, sea salt, Stevia, cinnamon and vanilla: 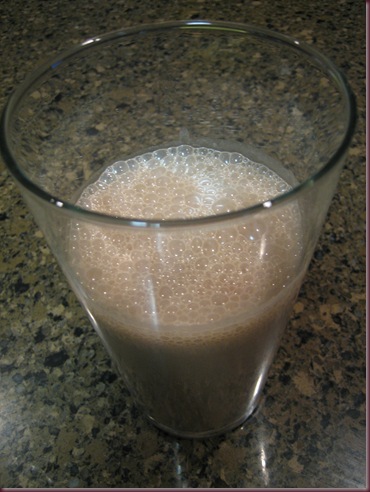 Grabbed my teaching stuff, and drove to the base gym to take yoga and teach spin.

Yoga was beauuuuutiful. I seriously love taking other instructor’s classes and even though I really wanted to spend the entire class in child’s pose, I got some serious stretching in.

Spin was a blasty as usual and my training appointment went really well—I had the funny quotes lady who always cracks me up.

Today, I made her do push-ups using the mini Fitballs (which look like spiky mini Bosu balls) flipped over. After 3 incredible difficult sets of push-ups, she was like, “I don’t like them Pokemon things” [referring to the Fitballs]. She said they looked like something outta Pokemon, and didn’t like them even more because they made push-ups just a little harder 😉

Another thing: she brought me a gift! A little food processor that she uses to make nut butters at home – I had told her about my homemade nut butter abomination. So I’m way excited to try it out!

Have a wonderful night!!