Ohhh friends, do I have a snack recipe for you. 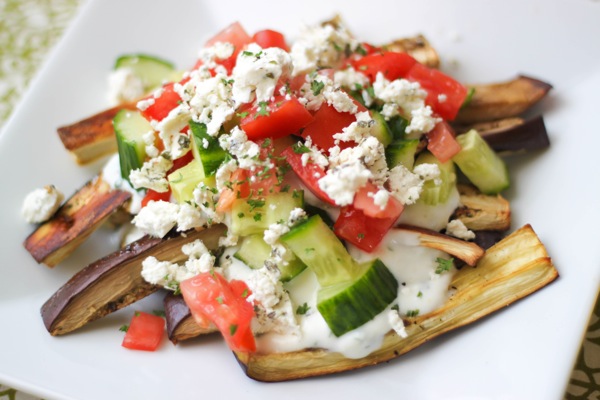 But first, I have to tell you about a new restaurant Liv and I went to check out last night. We were at Sprout’s across the street, and I realized that Native Foods had finally opened. I had no idea what they served, but knew it sounded like something we’d love (“Native. Foods. Yes, good.”), so we enjoyed a quick dinner. Thank goodness the Pilot was working, because I don’t think he would have been crazy about it. Native Foods = vegan food only. The guy’s a great sport and will try anything, but even our best vegan restaurant vegan meals fail to fill him up. He ends up eating everything in one fell swoop and is still hungry after we finish a 4-course meal. His metabolism is another post for another day, and one of the reasons why nature can be so unfair 😉

We ordered our food, found a comfy booth, and waited for our meals. 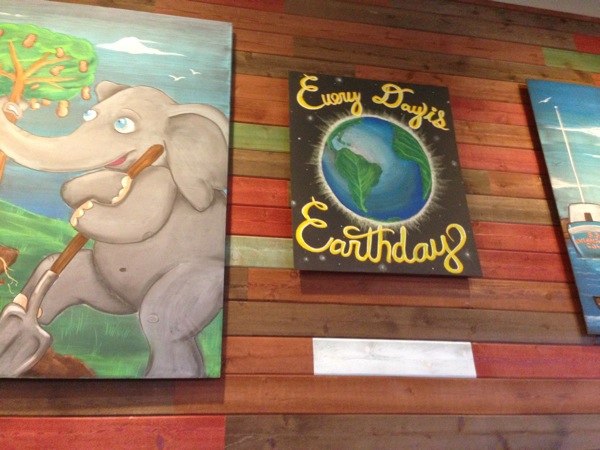 I got the kale macro bowl, which was brown rice, tempeh, kale, sauerkraut (LOVE), a creamy dressing, and it came with a small cucumber salad. Liv had the brontosaurus burrito (aka bean burrito) and we shared some sweet potato fries and blueberry tea. 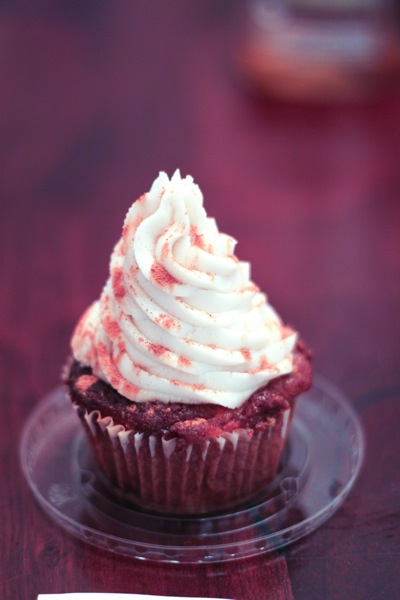 (I’m very rarely “meh” about cupcakes -especially those with a mountain of frosting- but it was just ok. The rest of the meal stole the show.)

We’ll definitely be back 🙂

So onto the snack recipe…

I was craving a salad yesterday, but wanted to experiment with this little guy. Eggplants are one of my all-time favorite vegetables, and I thought it would be fun to cut the ‘plant into fry shapes, roast it, and top with a delectable sauce + more veggies. 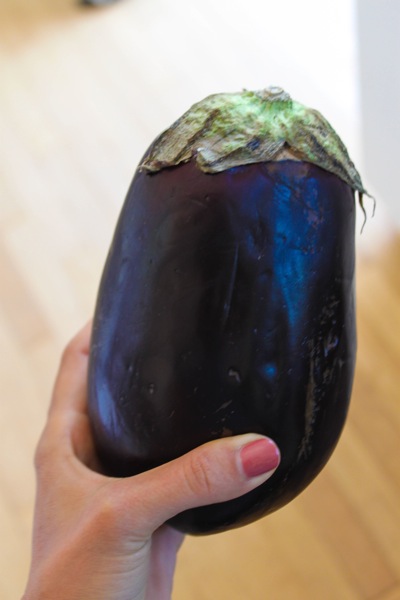 It was a wise plan, indeed 😉 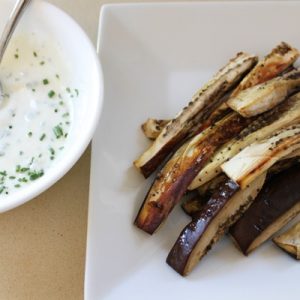 For the Yogurt Sauce

To Make a Plate 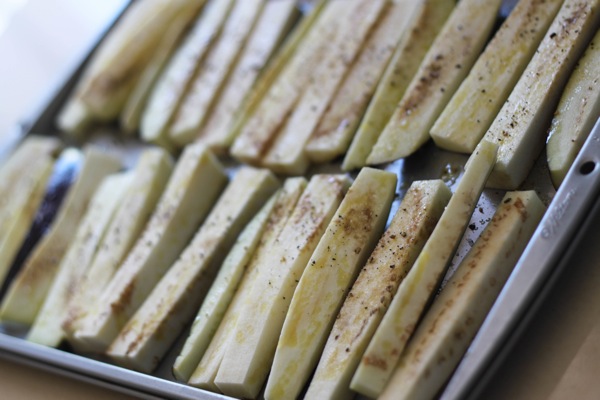 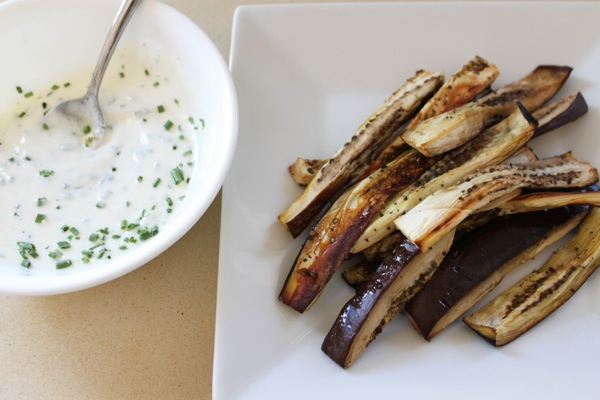 This would make an AWESOME summer appetizer. It would be fantastic to roast a few sliced eggplants, cover them with sauce and toppings and serve on a large platter during a BBQ or outdoor picnic. 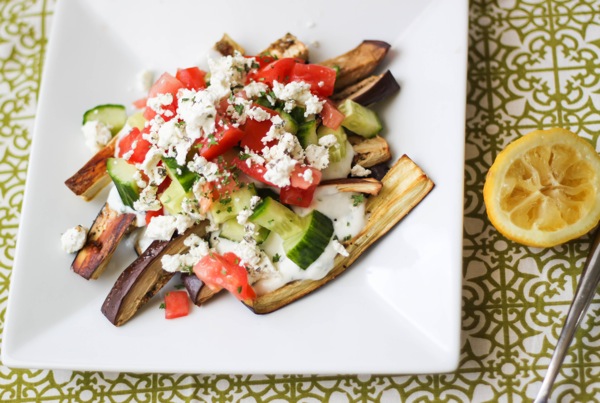 Some of the benefits of eggplant (according to this site):

-It contains a phytonutrient called nasunin, which is a powerful antioxidant and can help to reduce free radicals by protecting cell membranes from damage. With this protection, nasunin can help to maintain healthy cholesterol levels, potentially decrease the likelihood of certain cancers, and reduce arthritic pain.

-Eggplant is a great source of fiber, Vitamin B1, B6, potassium, folate and also contains vitamin K.

Any other eggplant fanatics out there? Any awesome recipes to share?

Hope you have a very happy Monday!
See ya later today with an all-new workout.