I put the call out on Facebook for what new quickie workout you wanted and ab burner went for the victory! I’m hoping to get some HIIT and dance cardio goodies up soon, too.

First, I have exciting news for you.

A Walk Down Memory Lane 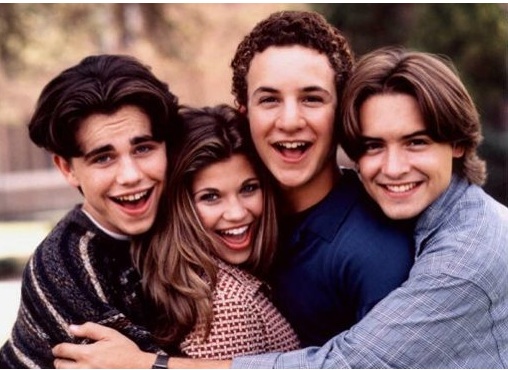 Boys Meets World is gracing our TVs again with its presence (and the good news is that we once again have a working TV. I was glad for the peace and quiet, but now have to seriously get caught up on The Voice). I was a little scary excited when I found out. I was Topanga. Just in the same way that JTT was my real-life boyfriend. Anywayyyyyy…

Reading that little news blip gave me a memory lane stroll of that special time in my life (also known as TGIF nights). After reminiscing about how I once really wanted to grow up to have an apartment like the cast of Friends, my bedazzler and Cinnamon Pop Tarts, I got to thinking of how certain physical activities become SO much more challenging as we age. Remember jump roping and playing skip-it for hours? Like it was no big deal. Now two solid minutes of jump roping and my heart rate is through the roof! I think I could still rock a skip-it, though.

It’s funny how I sometimes think I can still do the things I used to. A toe touch after a looong hiatus and I was walking like a cowgirl for a week. Then there was last night when I thought I could do scorpion pose even though it had been over a year.

The entire story is in the video below, along with a killer new ab burner.

It’s called the “Six Pack in a Sweater” ab burner because it really is more shocking to have ripped abs under all of your winter gear! Hiding under that winter sweater, things tend to get a little fluffier during the holiday season. Here’s the thing, though: maintaining fitness and health goals all year makes it so much easier to take things up a tiny notch when the weather gets warmer. This is why it’s so important to have a plan that doesn’t make you feel overworked or deprived. Aim to maintain and remember that visible abs come from cardio and clean eats.

Here’s a (similar) text version for my friends who are at work right now: 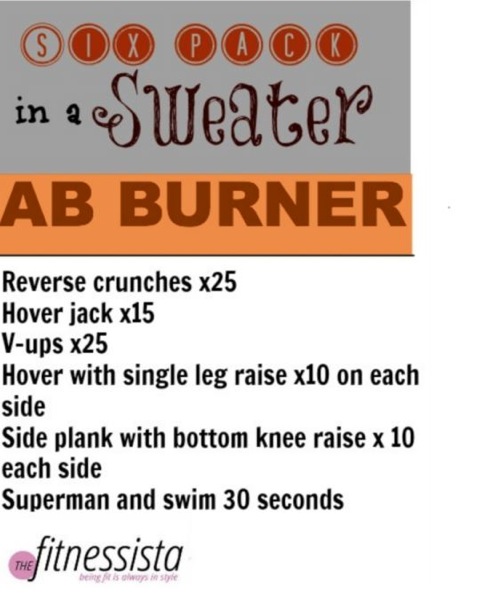 I hope you love it–please leave a comment to let me know how it goes!

For even more fun, use it as a grand finale to the November Workout 😉

Something to talk about: What’s something that you used to do when you were younger that probably would be tough now? For me, flipping off the bars comes to mind…I would probably land on my face.

Something to do: Be sure to check out the huge online bake sale here on the blog tomorrow am for Sandy relief! Anne is also hosting a fundraiser which ends today

Posted in ab burner, something to talk about, workout and tagged ab exercises, core