Hey everyone!!! Hope you had a great weekend and/or Easter/Passover 😉 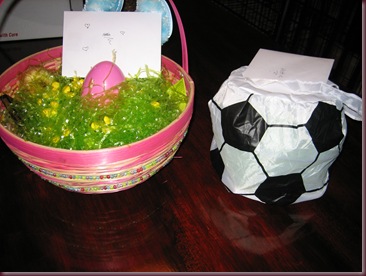 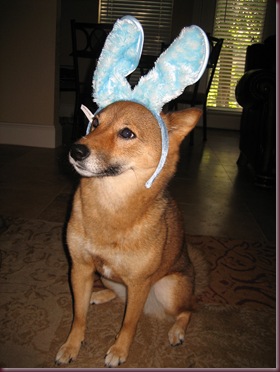 I had such a nice day relaxing with the pilot. We’ve been gone so much over the weekends that we haven’t had a lot of chill time around the casa, so it was pretty amazing to just hang out for a day.

We slept in (again) and I made some brunch 😀

We each had something sweet.

Cinnamon rolls for the pilot: 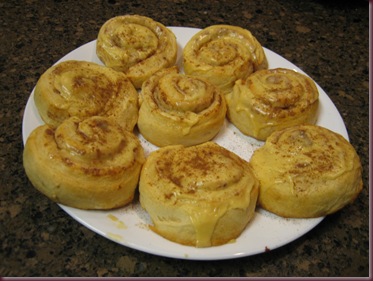 (They’re the Pilsbury orange cinnamon ones—they’re his favorite. He said not to judge him, haha) 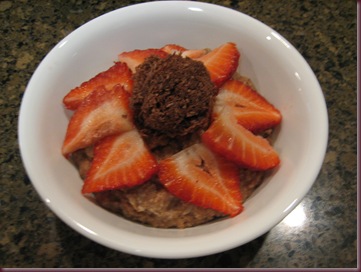 And something savory for us both: 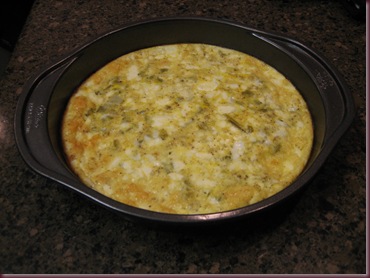 This recipe was SO EASY and delicious!!! My nana (on my dad’s side of the family, who is a caterer) makes something similar to this every year on Easter and I knew I’d be craving it.

-1 small can of diced green chiles

1. Spray a small casserole dish with nonstick spray and preheat the oven 350*.

2. Beat eggs in a bowl and mix in the sour cream mixture

3. Evenly spread out the green chiles on the dish and then top with the cheese. Pour egg and cheese mixture on top.

4. Bake for 30 minutes until cooked through and lightly browned.

I had two small slices topped with Texas Pete: 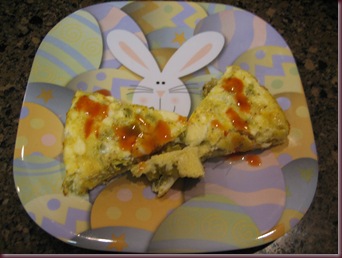 The pilot got a new Wii game in his Easter basket, so while he played that, I played Betty Crocker 😉

I made some dehydrated flat bread from Ani’s Raw Food Kitchen: 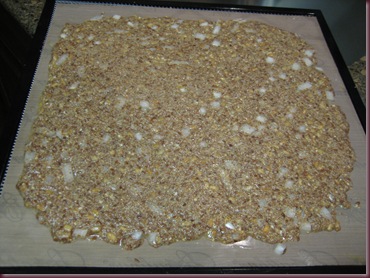 I’m excited to make a sandwich with it today!!!
I also made some of the cookies Jenna is famous for: Super Charge Me! Cookies from Eat, Drink and Be Vegan: 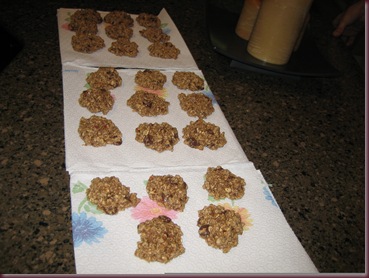 Of course I had to try one: 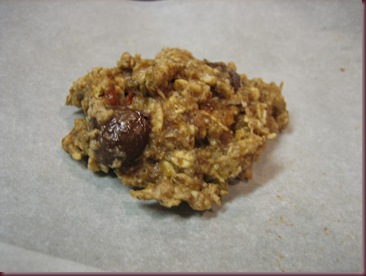 I love cookies that I can feel good about eating, too. These little guys have no white flour or white sugar in them- they’re sweetened with maple syrup and have oat, flax and spelt flour- and I used goji berries as my dried fruit of choice and will definitely be making these again!

The pilot and I cleaned the casa for most of the day, had a small lunch –I made a smoothie and some fruit- and then it was dinnertime.

I sautéed some zucchini with olive oil, onion and garlic, then added WFs eggplant marinara and shrimp. Seasoned with salt, pepper, and red pepper flakes and topped with tomato and basil: 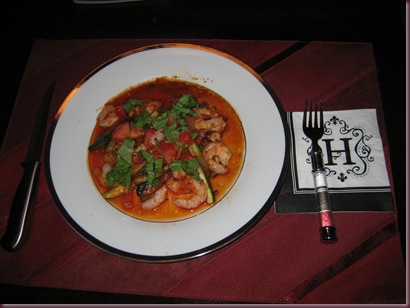 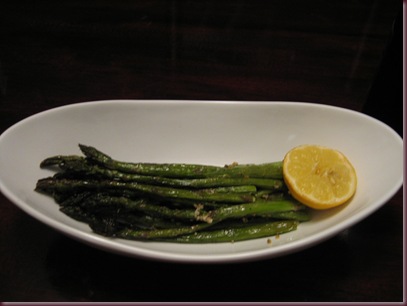 The pilot had shrimp and prosciutto penne pasta (the recipe is in the “Delicious Disney” cookbook) and it was a lovely little meal. 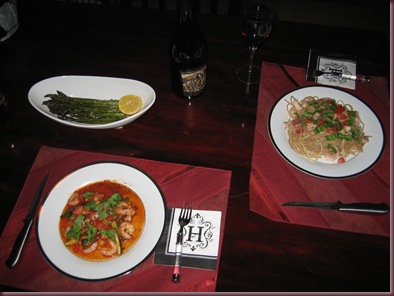 After dinner, we went over to Megan and her pilot’s house and colored Easter eggs for the rest of the evening. It was a blasty 😉

I slept through the gym this morning, and made a coconut breakfast cake. The recipe is in Ani’s Raw Food Kitchen and contains flax, coconut oil, sea salt and water—I added a smashed banana, cinnamon and vanilla to mine and topped it with a little AB and a maple syrup drizzle: 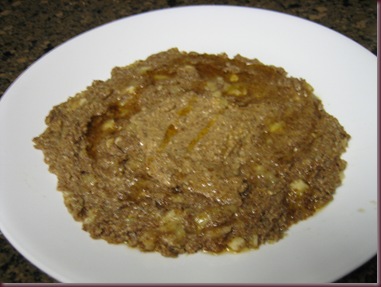 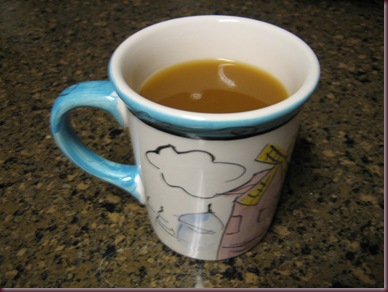 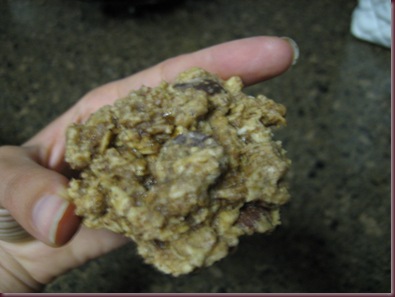 Well I’m off to get ready for work then teaching spin and off to school!

Have a wonderful day!!

Something to talk about: The 40 days of intuitive eating and meditation are over –unofficially, but I’m going to keep working on it!!! I want to write a post about it (hopefully later tonight) because even though I didn’t write that much about it throughout the course of Lent (sorry about that!) they both posed quite a challenge for me. Since I’m so frantic during the day, it was super difficult for me to silence my mind without falling asleep and as far as the intuitive eating went, I feel like I’ve trained my body to eat at certain times, whether I’m hungry or not. Did you join me in trying to eat more intuitively and take more time for yourself?? How’d it go?