Hey guys! Hope you’re having a fabulous weekend so far 😀

After I finished up my last training appointment, I did some more reading on the elliptical and came back to the casa. The plan was to go to the movies with the girls, but when I found out the pilot would be home soon, I decided to opt out and chill with the hubby. An hour after the movie would have started, the pilot called back saying he would be home late.

I wasn’t a happy camper.

So I did what any girl would do in my situation: took a shower and brought out the crack 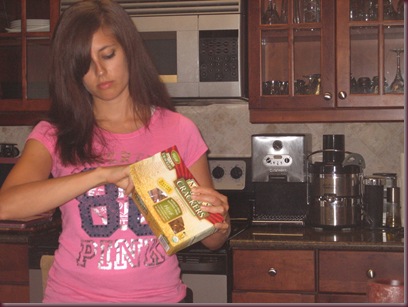 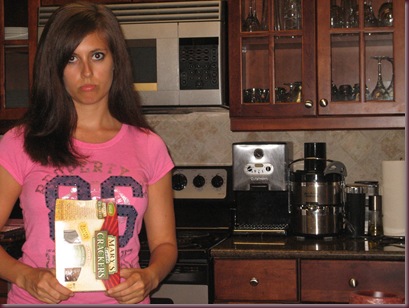 The puppies, judging me: 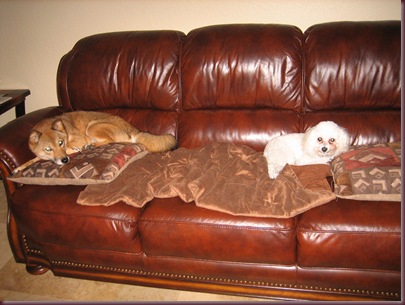 I read for a while, the pilot FINALLY came home, we watched Definitely, Maybe (I LOVE that movie… and Ryan Reynolds) and then I decided I should have some *real* dinner 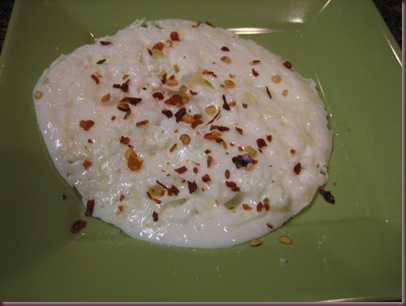 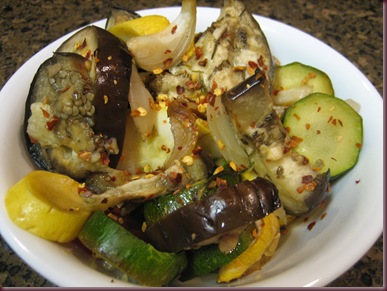 All covered with red chili flakes 😀

I had a miserable headache last night, so I crashed out pretty early and overslept (again, haha) for this morning’s run.

I had a lovely mango: 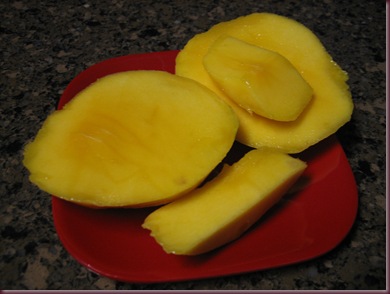 A baby Ezekiel with some AB: 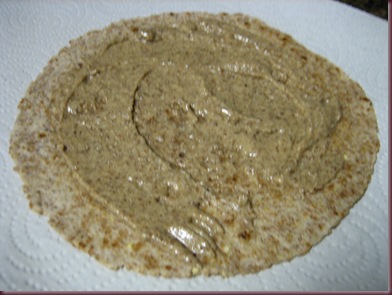 And hit up the gym with the pilot for a lovely run.. which was surprising since I’m not a huge treadmill fan.

Here’s what I did: (based off this workout)

*The incline makes ALL the difference in the world.. it’s always a good idea to have some incline on there (I prefer 2.5%)—it more accurately simulates the natural incline of running outdoors and will enable you to run more quickly when you’re not on the treadmill (like in a race).

Followed by some amazing stretching 😀 It was a pretty awesome cardio workout and my average heart rate was in the 150s.

After cardio, we came back to the casa and I had a sludge: 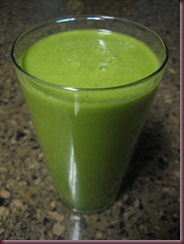 Now I’m going to take a lil nap, meet Jeni at the gym for legs and then some shopping.

Have a happy Saturday!