Hey everyone! It’s almost the WEEKEND!!! Thank goodness, ehh? Is it just me, or has this week taken forever???

Thank you for all of the well wishes last night <3 I’m feeling MUCH better and even though I really hated canceling class, it was worth it.

There was lots of this going on: 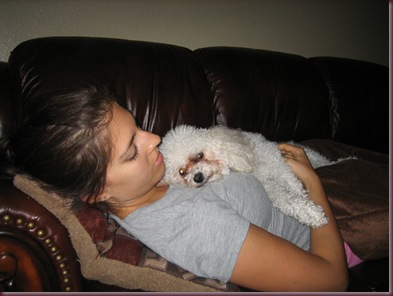 And when I got up from my cat nap, I made something I haven’t had in way too long for din-din. 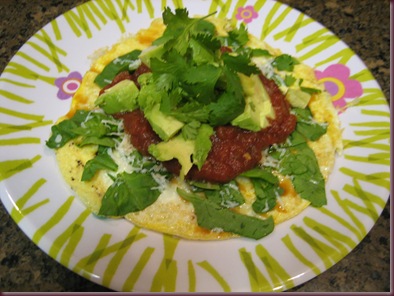 With eggplant bacon rounds (recipe in Everyday Raw by Matthew Kenney, raw food extraordinaire and co-founder of that school I’m going to in September) 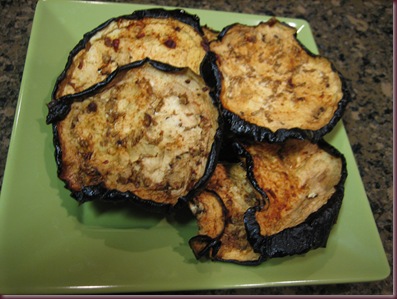 Perfection. It makes it very easy for me to eat an entire eggplant. 😀

The pilot enjoyed his slow cooker Spanish chicken (he said it was like pizza in a bowl): 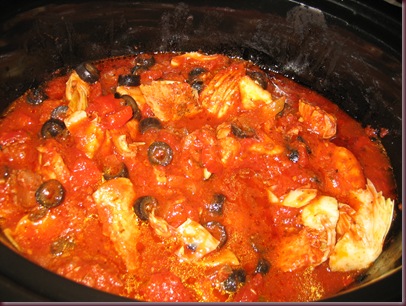 And we called it a night pretty early and slept like little babies.

This morning, I decided to have some of my favorite green juice to flush out whatever this potential illness may be. 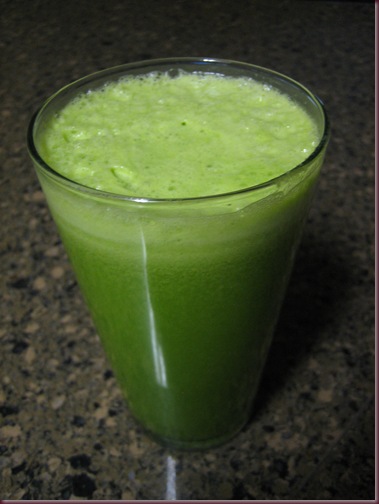 I took the pupppen-havens (aka dogs) on a 30 minute walk around the neighborhood to tire them out a little and ensure good behavior. They’ve been rowdy little things since Megan got here! Viesa was lucky to sleep in her room last night and not drive us insane crying all night again.

When I got home, I had a funny peach, a nanner and went to work. 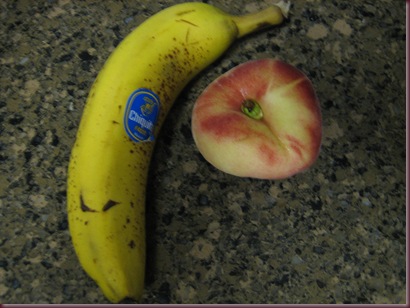 I trained a lady whose company I truly enjoy and was bummed that it was her last training session :/ She’s going on vacation a lot for the rest of the summer and I’m leaving in September.. so bah.

When I got home, I was hankering for a salad beast: 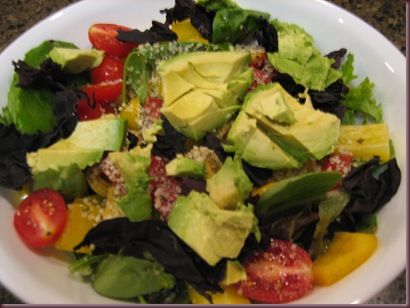 Since I had such an energizing little lonchi, I got to work cleaning the casa. I do little things around the casa during the week, but Thursday and Friday are the serious cleaning days up in herrrrrre. I did all the nit-picky things like ceiling fans and baseboards and the usual dusting, bathrooms, vacuuming, mopping, blah blah yaddi yadda.

I love when the casa sparkles, especially the kitchen 😀 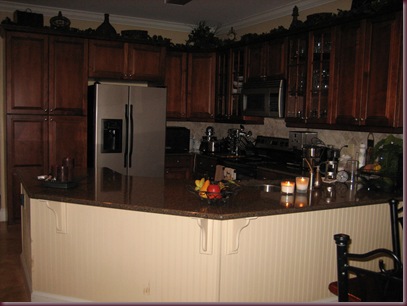 Now I’ve got to get back to work and hit up Hizzle Lizzle (aka Hobby Lobby) afterwards for some candle holders for tomorrow night’s squadron party, which is a huge reason why my blogging has been so erratic lately. My pilot has been doing a lot for the party (which about 200 people will be at) and I’ve been trying to help him out as much as I can, which has been a little insane with my work/teaching schedule. So quite honestly, I’m excited for tomorrow night to be OVER!!!

***Something to talk about: I was tweeting with the lovely Hangry Heather the other day about workout motivation and was wondering what gets YOUR booty to the gym when you’re just not feeling it?? For me, new songs on my iPod will do it, or a new girly magazine to read on the elliptical 😀