Hi friends! How are you? What day is it? What year is it? What’s going on?? As much as I’m loving this festive blur and non-stop partying with the girls, I’m looking forward to some kind of structure in my life again. My 2019 planner has been entirely neglected so far, but for now, I’m trying to just enjoy the moments and know that routine is around the corner. 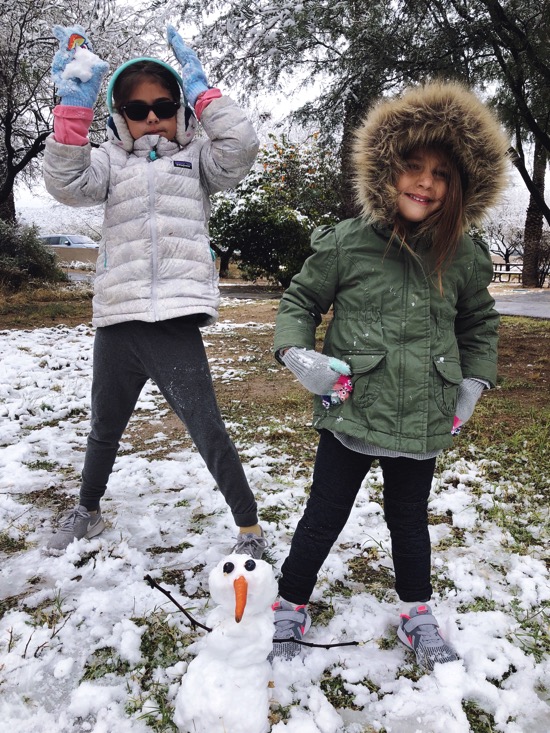 It’s snowed in Tucson the past couple of days! By the time we woke up on New Years it had all melted (oops) but we had the opportunity to play in a straight-up winter wonderland yesterday. When we woke up, snowflakes were falling in the backyard! We put tights on under our pants, did the tank top, shirt, sweater and jacket combo, mittens, beanies, and took a drive to Agua Caliente park where it was blanketed (ok, a lil patchy) with snow. We had the best time throwing snowballs at each other, making a mini snowman, and attempting snow angels. 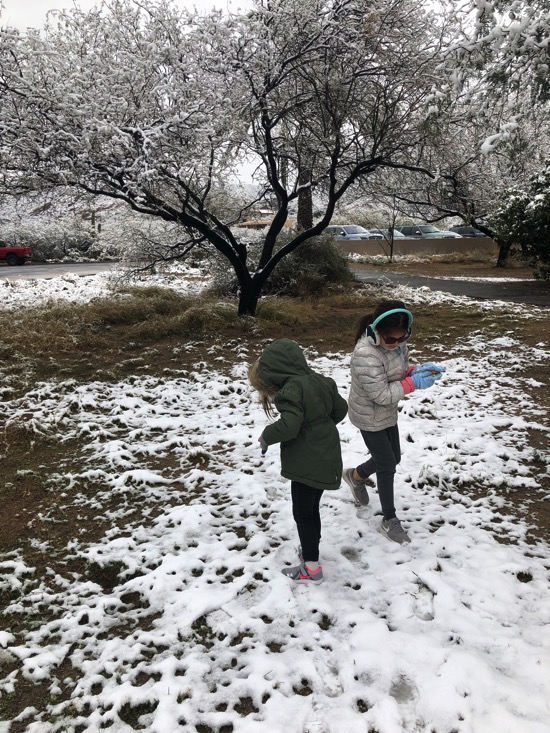 It pretty much never snows in Tucson, so it was pretty amazing that we got to see it! We also got a surprise snow in Valdosta last year. This is a pic from our backyard almost exactly one year ago. (Someone please hold me while I cry because the girls are so big now.) 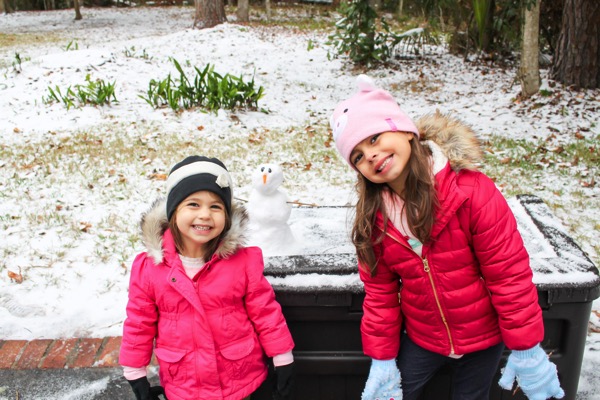 The fam came over the other night and we ate potluck style (my mom brought quiche and broccoli cheese soup, while I made Ina’s roasted vegetable soup and a giant cheese board). 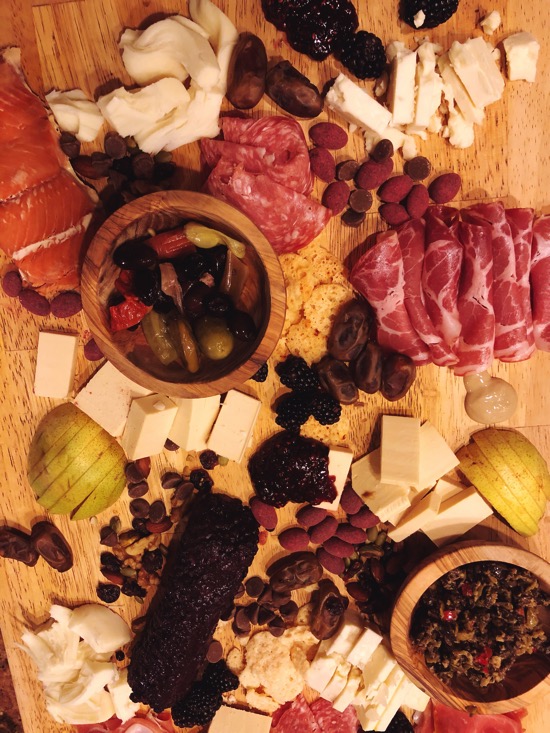 All of the usual staples were there: different types of cheese, smoked salmon, charcuterie, dried fruit, nuts, Harry & David pear, Skinny Dipped almonds, Whisps, olives, an olive tapenade, Dijon, and jam. It was one of my messier boards – I put it together super fast while the girls were playing with their doll house – but it did the trick.

Fitness-wise, it’s been a little interesting to get in workouts this week. Our two main babysitters were both out of town, and barre3 Play Lounge was booked up. I’ve done a couple of Peloton classes, and also got in a BODYPUMP workout while the girls played. (Sometimes while they’re home, I’ll stream a Physique 57 class or get in my own strength workout.) I don’t have any barbells or plates right now – they’re all still in Georgia – but did the release using a couple of pairs of dumbbells. I really like the 108 release so far and think the biceps track is my fave.

Now that we talked about food and fitness… I have to tell you about facial hair. There’s no way to seamlessly transition to this topic. I’m sorry.

So I feel like over the past year, I’ve heard beauty bloggers rave nonstop about Tinkle razors for shaving peach fuzz and lady mustache. I was definitely intrigued, but weirded out. Like shave your face? Won’t that give you a 5-o’clock shadow? Will it make you prickly? It was something I thought was cool, but just stored the information in my brain in case I needed it later. My facial hair has never bothered me and I’m fortunate that it’s blond for some bizarre reason (my arm hair is, too! Thanks, dad. <— he’s blond). 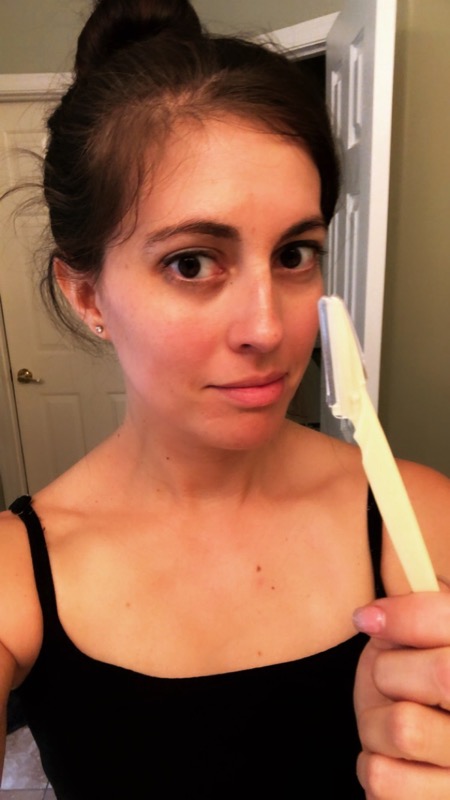 Then, one afternoon, I caught a glimpse of myself in the rearview mirror and my peach fuzz glimmered in the sun. I was like WTF and made an Amazon impulse purchase when we got home. A couple of days later, the Tinkle razors arrived and I was oddly excited to give them a try. I washed my face, dried it, and went to town on the peach fuzz. It was gone instantly and my face felt super smooth! Feeling overconfident, I decided to go for the lady mustache which is where I MADE A MISTAKE. Yes, I got the little bit of peach fuzz off. I put moisturizer on my newly smooth face and went to bed feeling like I was in on an awesome secret!

Then, a couple of days later, I licked my lips and felt a strong poke on my tongue. The lady mustache was back and it was angry. It was sharp, spiky and painful. When you shave hair, you hack it off at the thickest part, which makes it more pokey. Fail to meeeeeee. I just had to share this information so it doesn’t happen to anyone else. Peach fuzz: sure. Lady mustache: HARD NO.

So there ya go.

Any beauty fails lately? Any wins? Did you have a hard time getting in workouts this week or did you rock it?

See ya in the morning with some faves!

Posted in just for kicks, tucson