Guess who is 3 months old? That’s a quarter of a year! I can’t even. 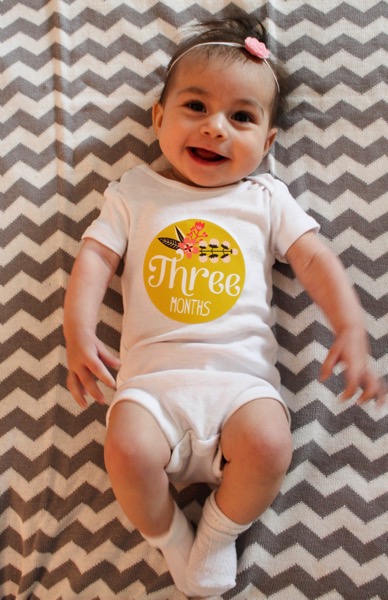 Miss P is still smiling like crazy, babbling and cooing to her heart’s delight, and chewing on her hands like they’re a delectable treat. I’m convinced that she’s teething because she is always gnawing on her hands, but the ped said she’s still a little young to be teething. Either way, she’s growing like crazy. 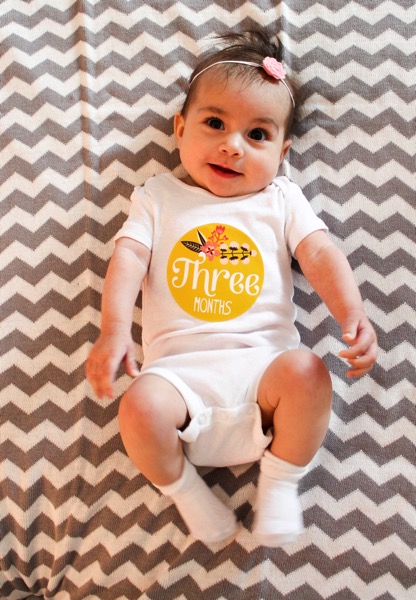 We hit a major turning point with the reflux. A huge part of the puzzle was switching her to Elecare formula (as sad as I was to give up breastfeeding), and thickening it with brown rice cereal. At first, I couldn’t help but think “she’s way too little,” but when she still wasn’t gaining weight appropriately, I was willing to try whatever the ped suggested. For the first time EVER, she gained a pound in between weight checks! I was so, so thrilled. The Elecare formula is very thin and watery, so it was all coming back up (but she was no longer screaming or choking on it). A teaspoon of rice cereal has made the formula stay down, so she’s gaining weight now and HAPPY. I also think that like anything, time has been a huge factor. As her body as matured a little bit, it’s been easier for her to eat and keep it down so, so much better. 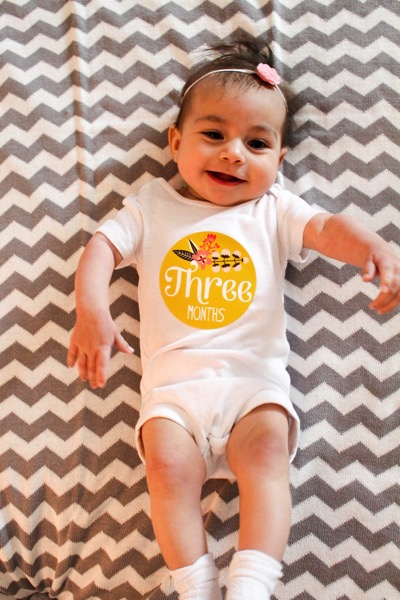 Some of the things she loves this month:

Her Lamaze mermaid. She thinks chewing on her hair is awesome

Snuggles before nap time. I’ll lie with her on our bed until she’s calm and comfy before transferring her to the bassinet or crib

Hanging out with her big sis 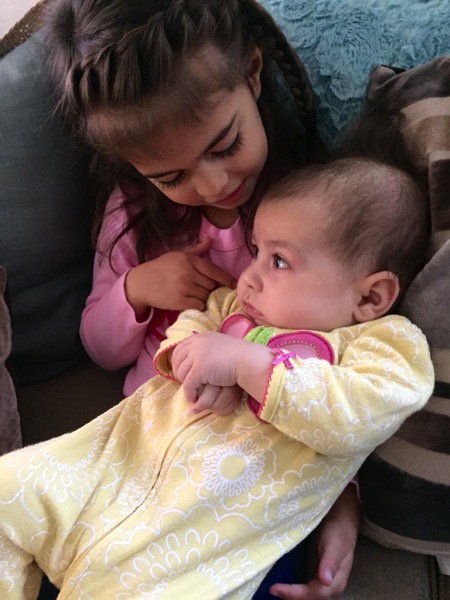 “This Little Piggy” and “Pat A Cake”

Miss P is officially too big for the bassinet, and we’re slowly transitioning her to the crib. We’re also going to ditch the swaddle since she’s thisclose to completely rolling over. Big changes ahead! I was horrified about having her sleep in another room, especially because of the choking episodes, but we got something that has given me peace of mind: the Owlet Baby Care Smart Sock. 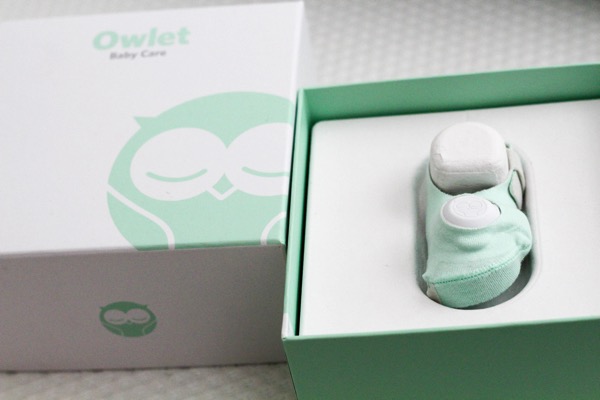 I had been looking at monitoring options online, and combed through so many reviews. I didn’t want something that was notorious for false alarms, and also wanted something a little more dependable than strictly movement-sensored or audio based. While we have a video monitor, it doesn’t paint a full picture of how the baby is doing, and I was worried that if she choked during the night, I wouldn’t be able to hear it on the monitor with the sound turned out. The Owlet was everything we needed, and needless to say, I was thrilled and so thankful when they offered to send us one. 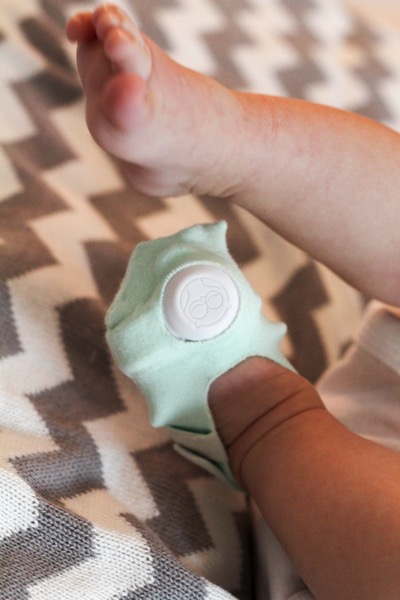 What I love about the Owlet:

-The technology is at-home pulse oximetry monitoring for babies, which monitors heart rate and oxygen levels. This is the same technology they use at doctor’s offices and hospitals, in a portable, soft little sock.

-You slip the sock on the baby’s left foot, and the data is monitored and accessible through your smart phone and through a base station in another room. We have the pod set up on my nightstand, which illuminates in green. If there’s ever a problem, an alarm will sound and the base station will turn red. I love that I can check and see how she’s doing during nap time and view her stats for peace of mind. The base is independent of wifi, so if your phone dies, you can count on it to alert you if your baby’s rate dips too low, rises too high, or oxygen levels dip below a preset threshold.

You can check out a video of Owlet Baby Care in action here. 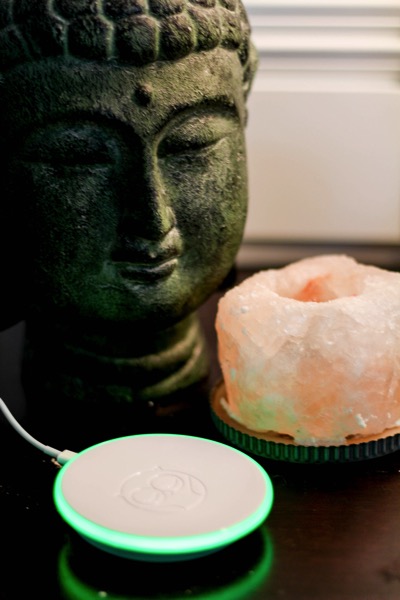 -As you guys know, we had some pretty horrific choking incidents with the reflux. Since then, it’s been my greatest fear that P will choke during the night. This is why she’s been in the bassinet, right next to me, for so long. Now I feel like we can transition her to another room, without my anxiety driving me up the wall.

I’ve been so thankful and thrilled with the technology that I reached out to my friends at Owlet to see if they’d mind giving one away to a lucky reader. They said yes! 🙂

Here’s how to enter:

Leave a comment below! Are you expecting, or would you give it to a friend or relative?

*I was not compensated to write this post, but did receive an Owlet Baby Care Smart Sock to review and the opportunity to share one with a lucky winner. <3

The birth story parts 1 and 2