It’s hard to believe this little lady has only been out of my belly for 1 month (+ some change) when it feels like she’s been in our family forever. 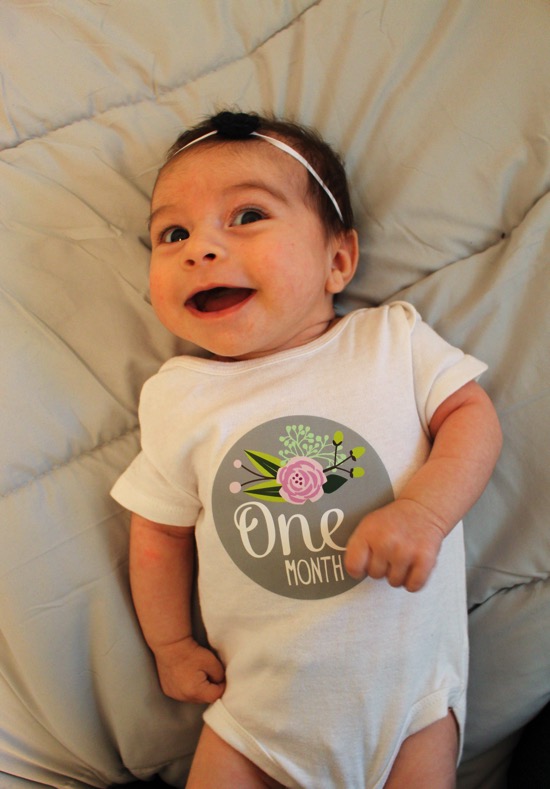 It’s been one of the most challenging months, but also one of the most fulfilling. Even though it’s a bit of a blur right now, I’m thankful to be these babies’ mama, and excited that our little family is complete. I keep telling myself that it’s temporary; not only the hard parts that make you want to pull your hair out (like when both kiddos are screaming at the same time), and the beautiful parts that you want to bottle up and save for later, like when Liv puts her cheek up to P’s and says, “It’s me, your big sister.” Babies truly don’t keep, and I take every chance I get to smell P’s sweet baby hair, quietly observe the way Liv sweetly talks to her, let her snore on my chest, talk to her in my best “goo goo ga ga” voice (guilty of totally baby-talking ALL babies. And dogs), and just soak up these moments. The reflux has been a tough situation to deal with, especially because I’m exhausted and worried sick that she’ll start choking again, but as you guys said, one day it will be something we look back on and relate to other parents going through the same thing. “Remember when P had reflux? Yeah that was horrible. I’m glad it’s over.”  We’re definitely ready to find medicine that works for her and for the reflux to be a memory, because it breaks my heart to see her in pain. 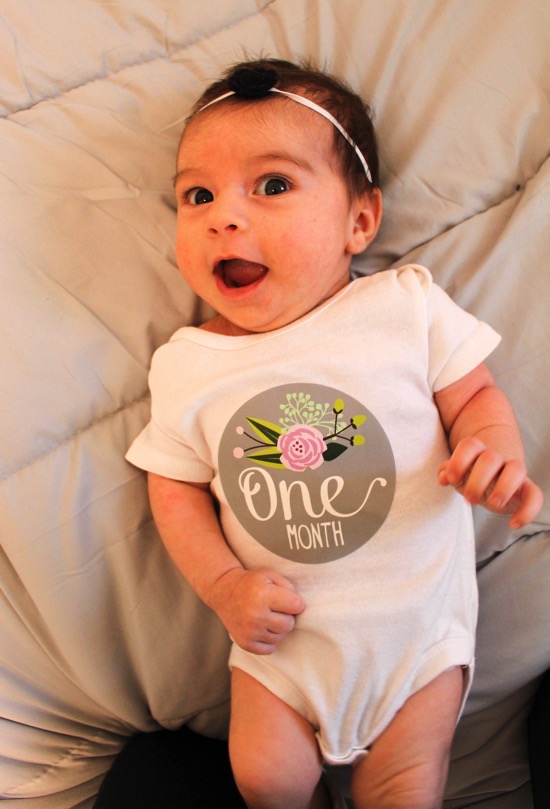 Some thoughts from the first month:

-I can’t help but wonder what it would have been like if I did let the doctors induce me. I think P stayed in my belly for so long for a reason; she really wasn’t ready to come out. We’ve had such a laundry list of (small, thank goodness) situations, it makes me thankful that we waited until she was ready to make it into the world.

-I never thought I would say it, but breastfeeding is awesome. With Liv, I had a really hard time with breastfeeding because we had to introduce a bottle so early. She refused to breastfeed, so I had to exclusively pump, which I really disliked, but I wanted to give her breastmilk as long as possible. Every time I turned on the pump, my toes would curl. This time around, I told myself that I would try it out, add formula as needed, and not beat myself up if we needed to switch to only formula. I’m so thankful that P will go from breast to bottle no prob (for now- this could always change), so I’ve been able to actually breastfeed from the left side and then top her off with formula. During the night feeds, it’s pretty convenient to feed her without having to wait for a bottle to warm up. I’m also glad that I stuck it out through the initial parts: pain from the tongue tie, feeding with SNS tubes, and just getting the hang of things. Having awesome lactation consultants made a world of difference. (If you are in SD and  expecting, go see Robin at San Diego Breastfeeding Center. She doesn’t know I have a blog or anything like that, but I wanted to spread the word because she is incredible. They do private consultations and free bi-weekly group meetings.)

-I wanted to ask my fellow reflux mamas what you used for baby wearing. If it’s been a while since P’s last meal, I can wear her in the K’Tan for a little while. I can’t do it right after a meal because it squeezes her stomach too much. Is a sling better? Or maybe the Ergo? I’m going to try the Babyhawk once she has better head control. Also, if anyone is interested in an unused Solly Baby wrap, let me know. I think P will likely outgrow it before we can use it.

-Reflux update: currently, she’s on Zantac and we have some ok nights, and some terrible nights. She’ll arch her back and cry until she spits up multiple times. We’ve elevated the head of the bassinet, hold her upright after feedings (about 20 minutes), I’ve given up dairy (which has been harder than expected, but I’m willing to do anything to see if it can help her), she’s on hypoallergenic formula for top-off, we’ve switched to Ventair bottles, and she’s seen the chiropractor a couple of times. We have a referral to the GI specialist, but the wait is about two months to get in. Our next visit to the pediatrician is today, and I’m hoping she has some ideas for the next steps. We’ll likely be changing meds, and I’m going to request an ultrasound and blood allergy test. Her doctor didn’t think it was Pyloric Stenosis but I want to make sure that it isn’t something structural.

Her big sis. Her face lights up when Liv talks to her, and you can already tell that these two have a special bond. Liv calls her “Cutie girl” and “Smiley girl” 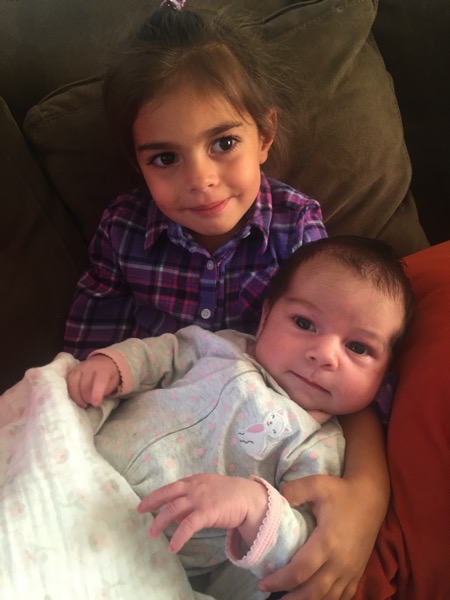 Having her hair brushed

When she feels well, she’s the sweetest, calmest baby and will coo and smile. 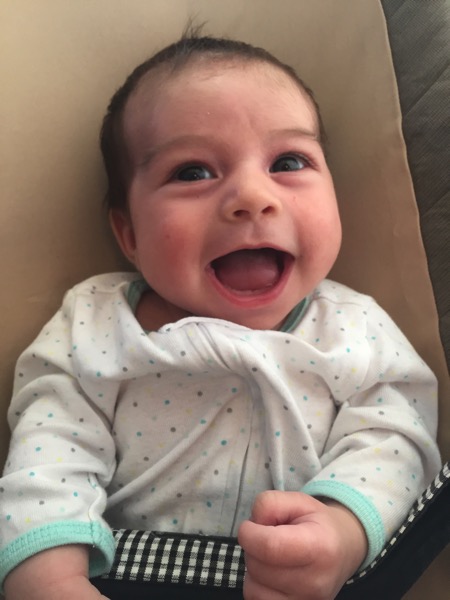 I’m excited to see more of her little personality as time goes on and what the next month has in store. Fingers crossed it involves feeling better for this little lady. Thank you again to all of you who have sent emails and comments with love, and to those of you who have offered your tips and suggestions. It’s one of the many reasons I’m thankful for this little space on the internets.

Part 2 of the birth story

Home for the holidays