Do I have a spring recipe for youuuuuuu. 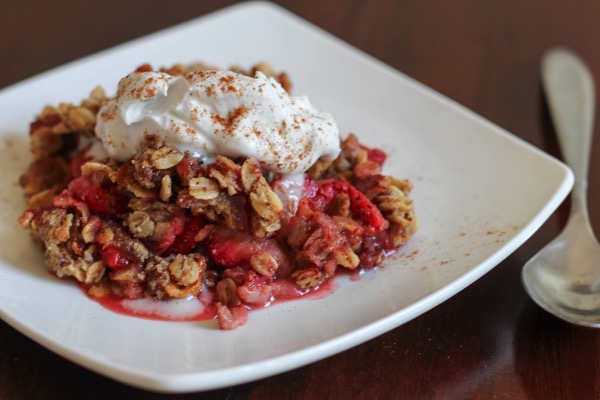 We have had an awesome week so far, despite the fact that P is spitting up probably more than she’s ever been and Liv is insistent on waking me up in the middle of the night because she lost a toy. MADRE IS HERE! Something about having her around is so wonderful, and we’ve all enjoyed spending time with her and catching up.

When I got her plane tickets, I accidentally chose March 26 instead of February 26 as the return date. Accidentally. 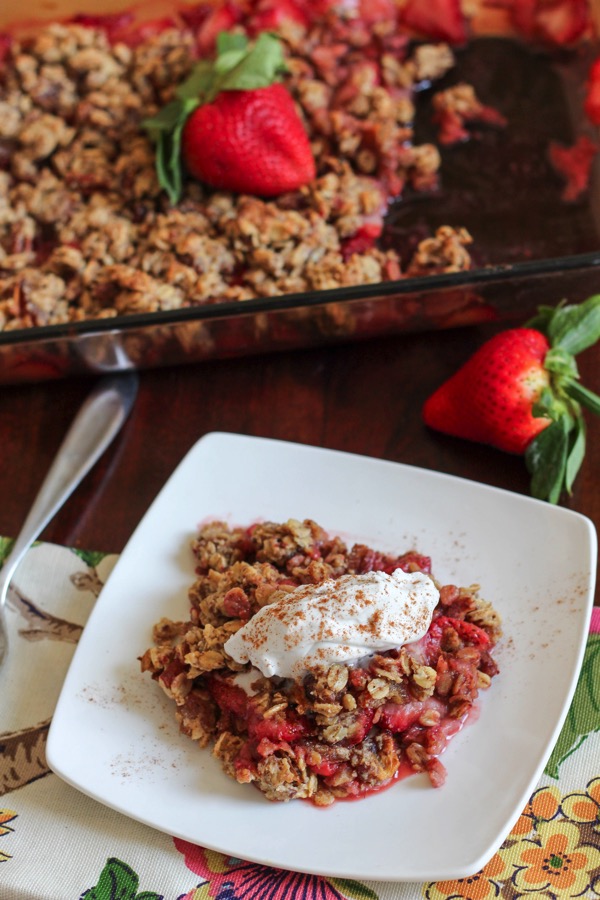 Every time she’s here I keep praying she’ll just decide to stay forever, or that we’ll get to live in Tucson again sometime soon. In the meantime, we’re loving every visit. It’s also nice to have another taste tester around during the day… you know, so whole casserole dishes of dessert don’t mysteriously disappear before another human gets the chance to try it.

Here is an AMAZING new crumble recipe, which is the quintessential spring dessert. 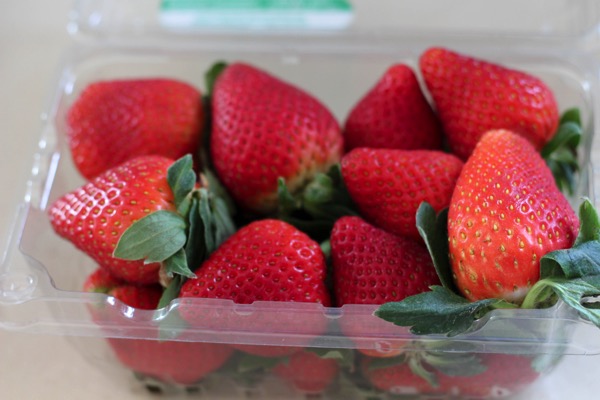 This one has a fun twist, because the topping was inspired by these delicious cookies. Brittany sent us a batch after P was born and I’ve been obsessed with them ever since.

The crumble is lightly sweetened, and topped with whipped coconut milk. For the coconut whip, all you have to do is put a can of full-fat coconut milk in the fridge (at least overnight so the layers can separate), 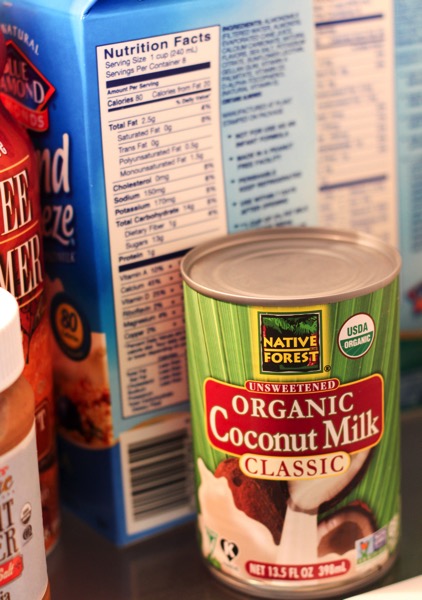 and when you’re ready to whip it, just remove the top layer. Let it set for a couple of minutes at room temperature to soften, then whip it good. 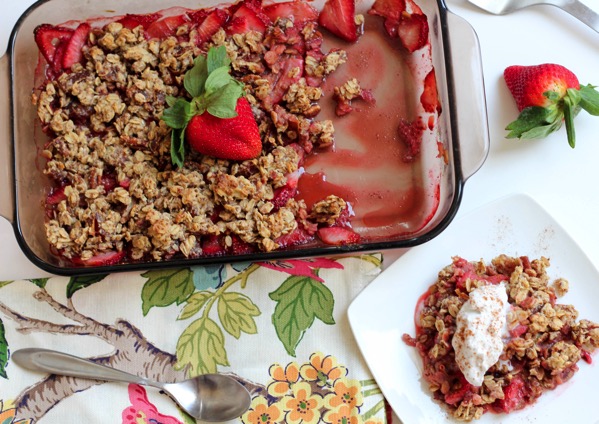 It’s the perfect topping for this dessert.

Here’s the recipe if you’d like to give it a whirl! 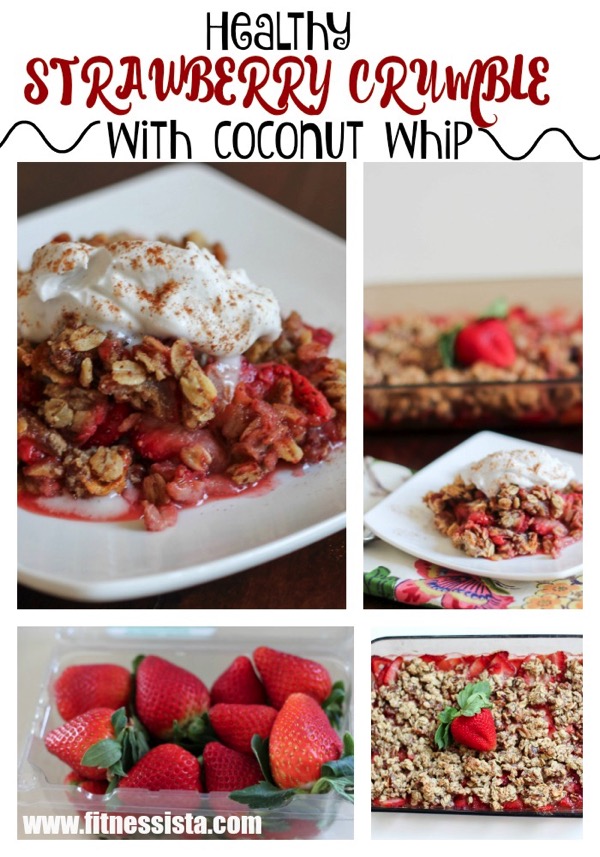 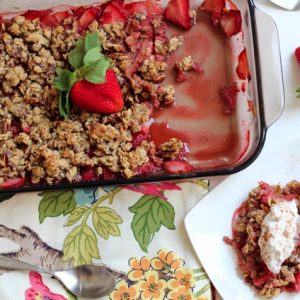 For the strawberry layer

For the crumble topping

For the coconut whip

Let me know if you try it out! What’s your favorite seasonal dessert? Have you tried whipped coconut milk before?