Hey guys! HOORAY FOR THE WEEKEND!!!

So before I keep you waiting, it’s time to announce the winner of the Stonyfield Giveaway!!! 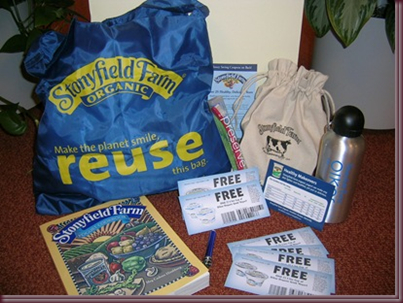 In order to determine the winner, I put all of the comments in a spreadsheet and then included the names and info of each link and set of quiz answers I received. There were 243 entries total. Using Random.org, I generated a random integer between 1 and 243 which resulted in: 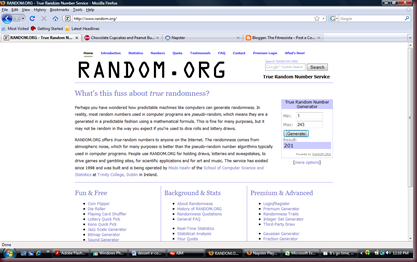 Entry 201—- MICHELLE from Balance My Cake! Send me your info, Michelle so I can forward it to Kristina to get your swag on the way! Congrats!!!

Everyone else, don’t fret—the lovely Heather at Hangry Pants is running the same contest! Head on over for another chance to win this awesome collection of goodies!!

Step last night was very bueno. The pilot did weights while I taught, and afterwards asked me if I wanted to go on a little run with him. I was exhausted after teaching for an hour, didn’t have my running shoes, and of course did it anyway because I really want him to start doing cardio for his ticker’s health. So we did two miles on the base trail and came home for dinner.

Dinner was pretty low key—the pilot had Rachael Rizzle sloppy joes and I had a soup: 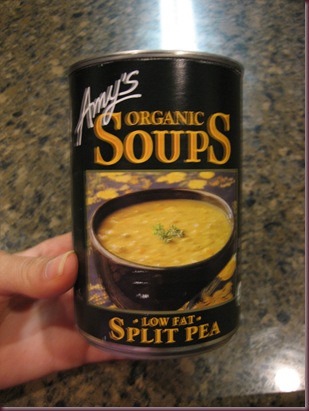 IAmy is the QUEEN of delicious soup! I munched half the can: 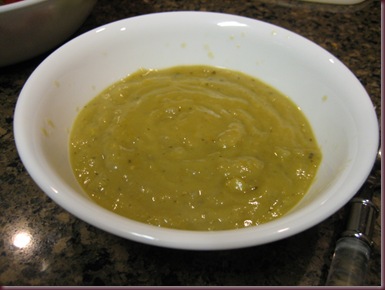 And a salad beast with romaine, 1/2 tomato, red bell pepper, chipotle seasoning and hot sauce as the dressing: 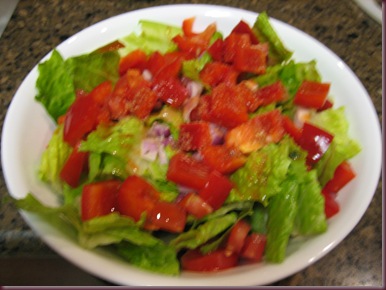 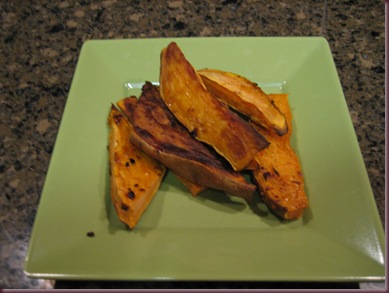 I took a picture of the whole meal so you guys can see how seriously HUGE the bowl is that I use for the salads.. I don’t call them salad beasts for nothin’ 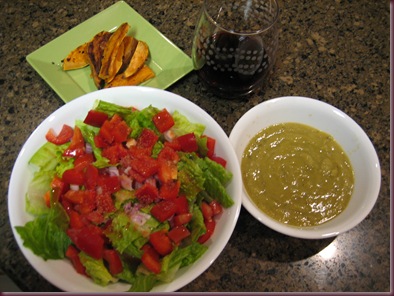 With a glass of Shiraz, it was a wonderful complete meal 😀

We chilled at the casa, I worked on a super lame riveting management project, then crashed out.

This morning I had big plans to go for a run, but after teaching all week my body wanted none of that. So I made bfast instead: 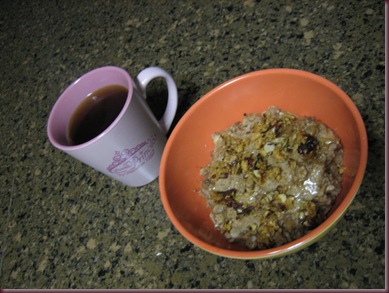 Oatmeal with a smashed nanner, brown rice protein, a drizzle of AB and 1/4 honest foods square.

I went to base to take the pilot his bfast and lunch –he had to work at 6am this morning!- and got the ingredients for the baby dinner.

After all of your wonderful suggestions (thank you so much!!!!), I decided to roll with a quiche (spinach and gouda), salad and chocolate cupcakes with peanut butter frosting.

The quiche is in the oven and smells like heaven!!! I’ll definitely post a pic of the meal so you guys can see it—I hope it comes out well. It’s my first time making a quiche 😉

Sine the quiche called for two eggs and two egg yolks, I happily ate the whites: 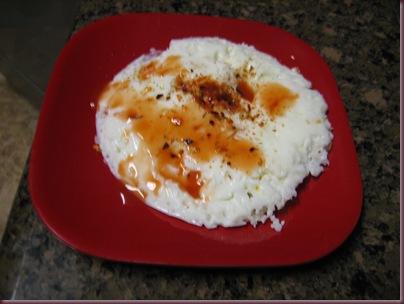 There’s a ton of stuff to do today before our little roadtrip! I have to walk the puppies, go to the gym for an easy weights sesh and a little cardio, get the oil changed in my car, bake the cupcakes, pack (which I always save for the very last minute), and take the baby dinner. Whew!!!

I’ll see ya from civilization 😀

A question: So after the Vinoyoga post and Brittany let me know that the Rock N’ Roll race in Virginia Beach is a HALF marathon and not a full one –I don’t know where I got that idea- and discovered that quite a few of you live in that area, I decided to do that half marathon, one in Atlanta in November and the Full Disney Marathon in January. Who wants to run the Virginia Beach Rock N’ Roll Half Marathon with me in September???? If there’s a few of us, I’ll get some shirts made 😀 I thought it would be so fun to have a bloggy running team! If you’re in the area, but don’t want to run, we’ll definitely plan a meet-up, too.