Since I started seeing my homeopathic doc (around this time last year), I’ve received so many questions from readers about my experience.

Why did I choose this doctor? What was my treatment like? Who is he?

Well now that the goal has been accomplished –nuggette in the oven!- I feel like I can finally answer all of these questions. 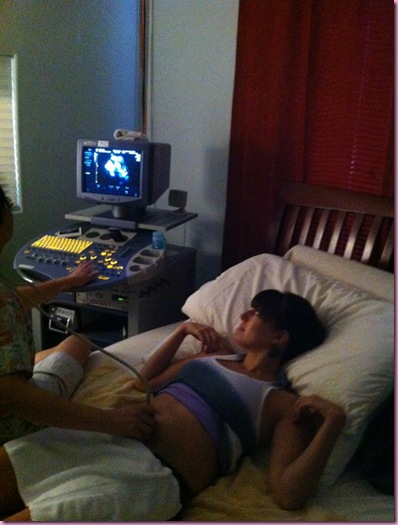 I definitely want to start off by saying that I know that sometimes avoiding prescription drugs or medical intervention isn’t possible. Western medicine is here for a reason! I just wanted to see if I could explore a different path with my hormone imbalance since Tom was deployed and we wouldn’t actively be able to *try* for quite a while. I never want to influence anyone as far as health decisions go, but just want to share my experience for those who have asked. It’s up to all of us to research and make the best decision for our own unique situations <3

As I’ve mentioned before many times on the blog and on this page, I was pretty sure I had a hormone imbalance. While my cycles were regular, as in Aunt Flow surely visited on a monthly basis, sometimes I wouldn’t ovulate at all, and the times I did, it was extremely late in my cycle. I never would have known this if I weren’t charting and using the Fertility Awareness Method. My skin was breaking out, I was exhausted in the morning, even after a full night of sleep, and despite trying to conceive even during the cycles I actually ovulated… nothing. It just seemed like something wasn’t right.

Why did I decide to seek out a natural method to help with my hormone imbalance?

I was actually trying to get pregnant at the same time as two of my best friends. One of them conceived immediately- when she told me, I cried. Half because I was thrilled and half, honestly, because I was jealous and sad. I feel badly writing that, like I shouldn’t have been sad, but I was.

The other friend conceived later last spring after 2 years of trying. The act of creating a baby is extremely tricky when you’re juggling deployments and TDYs, and even with consistently *going for the gold* it wasn’t happening for them. She started seeing a homeopathic doctor and he promised her she would be pregnant within 6 months. She told me about the eating plan he put her on, the nasty ass supplements he made her take, and I was 100% sure she was being ripped off. She was pregnant within 5 months.

Tom was about to leave, so I went to the Valdosta OB GYN to see if they could help me figure out what was going on within my cycles.

“I have irregular ovulation and my luteal phase is too short.”

“There’s no way you could possibly know that. Here, just take Clomid. That will get you pregnant.”

The thing is, Clomid is supposed to make you ovulate. I was ovulating on my own, even if it wasn’t every month, and after reading the side effects, I decided I didn’t want to take it. It seemed to me like a Band Aid, and I really wanted to determine what the actual problem was and see if it could be fixed.

Tom left and I figured I’d have 7+ months to get my body in the best bun-baking shape, so I called the same homepathic doctor my friend had used.

After a phone consultation with the doctor, I felt like it was definitely worth a shot. He said that he thought he knew what was going on, but that he’d send me a couple of supplements to get started with, along with a saliva DNA test to verify. The saliva test was to check my hormone levels throughout the day, and also test for insulin levels and gluten response.

When I received the supplements, I was kind of shocked to find out what they were… glands. Pig ovary, cow brain [those aren’t the exact ones, but it’s pretty close] along with some plant-based ones. I called him and told him I was sorry, but I don’t like to consume animal-based medications and he said that he would send me only plant-based ones from then on. The fact that he was so understanding and quick to accommodate gave me a great feeling about the entire thing.

Then, right before Foodbuzz fest last year, he called to go over the test results with me. My hormones were backwards: low in the morning and high at night, which explained why I couldn’t wake up in the morning and could teach super intense fitness classes at night, no prob. Also, my insulin levels were low and my gluten response was borderline intolerant. He recommended staying away from gluten –I had told him it upset my stomach, anyway- and to watch my sugar levels.

From then on, he sent me the rest of the supplements I’d be taking and we had monthly phone consultations.

Every time I talked to him, my mind was blown. He asked questions about my cycle –he wanted to know EVERYTHING- and would know that changes were happening with me before I’d have to tell him. I’ll never forget when he asked if my wedding rings were tight and sure enough, the night before I’d had to take them off.

He promised me I’d be pregnant as soon as Tom got home, and I 100% believed him.

-It was expensive. For those who may be wondering, I didn’t get any type of discount because I have a blog –I didn’t even tell him about the blog until I was pregnant- and paid full price for everything. The most expensive part was the supplements, and the phone calls were also pricey, even though sometimes I didn’t feel like I needed a consultation that month. Would I do it again? For sure.

-Negative opinions and comments from other people. “You’re seeing what kind of doctor?” “Sounds like a scam to me.” At one point, when I was living in Orlando, I had gone out of town for the weekend and came back to find out that someone had researched every single supplement I was taking while I was gone, just so they could tell me I was getting ripped off and they wouldn’t work. Sorry, but that’s the treatment path I wanted to take and explore, not really their business, ya know?

-The detox. The detox I had to go through was pretty miserable, and blogging about it was even worse. I was really worried that readers would think I was doing it for “diet reasons” and my eats and life were so boring, since I was waiting for Tom to come home and drowning in quinoa and vegetables. I’m so glad it’s over. 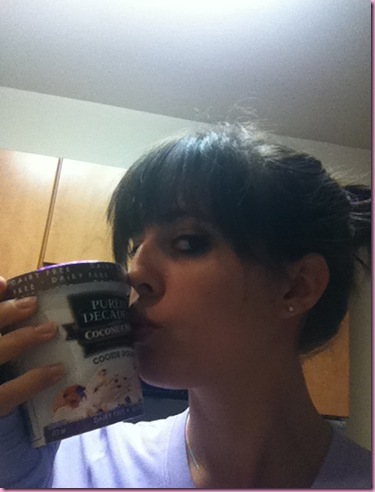 -He stayed true to his word. He said I would be pregnant as soon as Tom got home, and he was right. While I don’t really know if the treatment is what caused this (there’s no way to really tell)- I never felt like he was lying to me or sugarcoating anything. When I called to tell him the good news, he wasn’t surprised. He said he doesn’t take patients that he can’t help.

-He encouraged my style of eating, exercise habits, acupuncture, yoga and all of the other things I was doing. From my experience with doctors in the past, these things were never a focus of conversation.

Dr. Patrick Flynn from the Wellness Way [based out of Wisconsin]. He’s a good dude, and I’m pleased to know him, even though it’s only been over the phone. As you guys know, I don’t like to pimp out companies or people on the blog unless I truly believe in them – thought he deserved a special shout out <3

Edited to say: I have another friend who saw him longer than I did, and did not get pregnant from treatment with him. Just wanted to update the post because he is very expensive, so you have to do what’s in the best interest of you and your family. xoxo

Ask and ye shall [not] receive → ← First Miss