Hey everyone! Hope you’re having a good night 😀 I just had to ask myself what day it is, since my belly is not full of Indian food- it is full of shrimpies though, which is of course the next best thing! I’ll get my Indian fix in the next 48 hours so no need to fret 😉

I was planning on having a smoothie for lunch, but when the time came all I wanted was a salad beast.

And a BEAST it was: 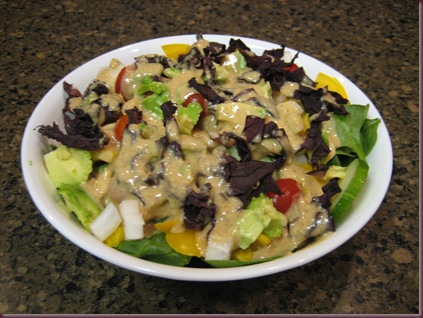 Spinach, sweet onion, tomatoes, bell pepper, avocado, dulse and cucumber, all drowning in a spicy almond butter dressing loosely based on the Pad Thai sauce I made the other day. It had 1/8 cup water, 1 tbs almond butter, 2 tbs chickpea miso, a splash of sesame oil, a splash of Nama Shoyu, a garlic clove and cayenne pepper.

It looks a like a lot of dressing, but it perfectly coated every spinach leaf: 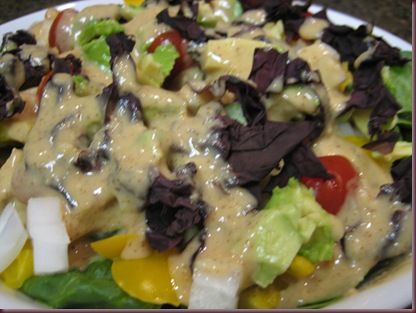 I went into work for a while, trained my client who is always dressed to perfection (she’s super cute), and then came home to get ready for spin and Zumba.

I was hit in the face with a midday slump so I turned to Raw Vegan Redbull (aka green juice) to help me out: 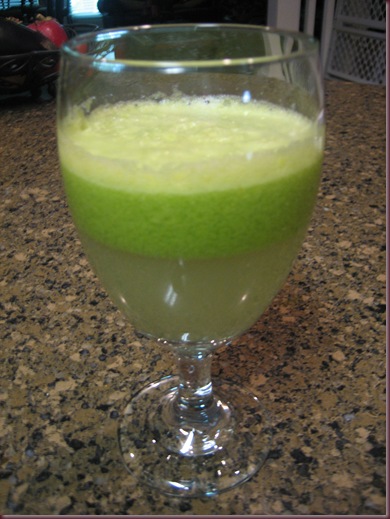 1/2 english cucumber, 1 green apple, handful of parsley, 2 kiwis and half a lemon.

It gave me wings 😉

Spin and Zumba were SO much fun –I’m going to miss teaching while I’m at school– and then I came home to make some anniversary dinner with the pilot.

The meal was based on the glorious dinner that my friend Jeni made for Girl’s night a couple of weeks ago: 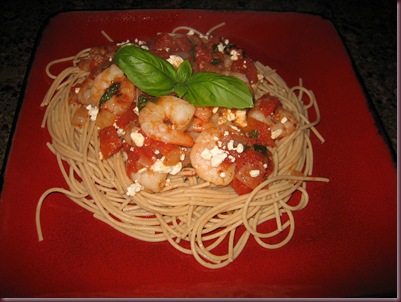 I sautéed some shrimp with a little EVOO and seasoned them with sea salt and red pepper flakes before putting them in the baking dish: 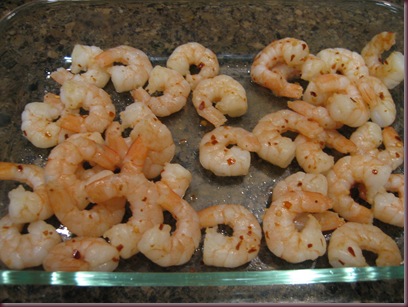 (undercook them a little.. you want them to be pink, but they’ll finish baking in the oven)

In the same skillet, I added more EVOO, a small chopped onion, 3 cloves of gahhhlic, sea salt, pepper and Italian seasonings and let them sweat out for 5 minutes on medium heat.

To that, I added a can of drained organic diced tomatoes and fresh basil from the garden. 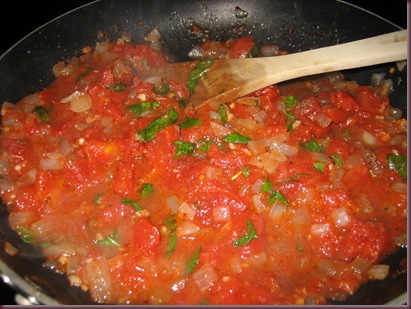 After adjusting the seasonings and letting the tomatoes heat through, I poured the sauce over the shrimpies: 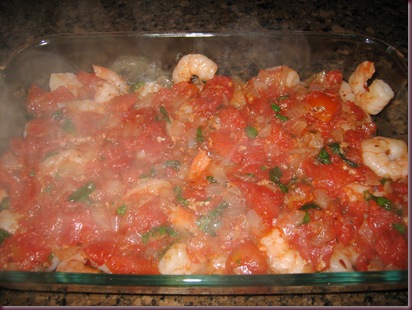 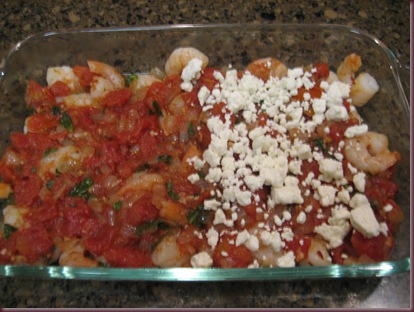 While I was making the shrimp dish, I asked the pilot if he would mind making the artichokes since he’s a pro.

He had the ‘chokes boiling and seemed to be pretty occupied over by the stove. When I asked what he was doing, he presented me with this: 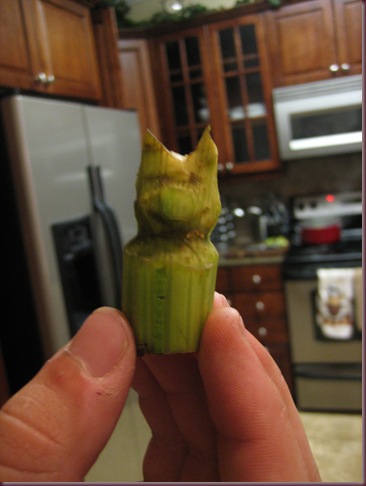 He carved an artichoke stem into Viesa. 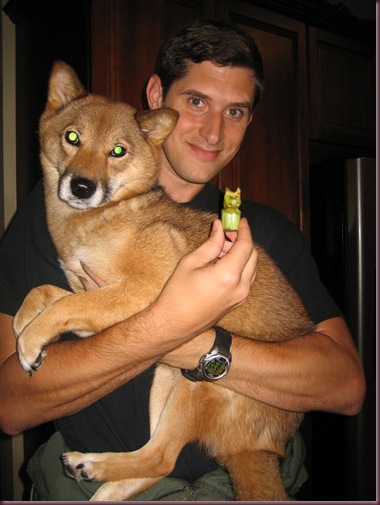 My pilot is so multitalented 😀 Hahah.

And then: THE POWER WENT OUT!!!

We had a beautiful meal by candlelight and opened the front door –we put the baby gate up so the puppies wouldn’t escape- and watched the lightening. Pretty romantic, eh? 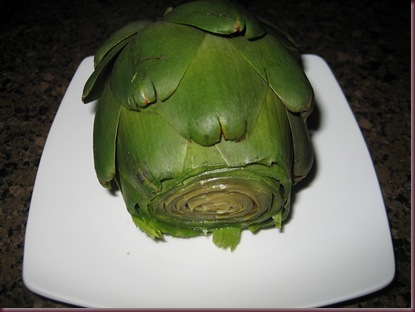 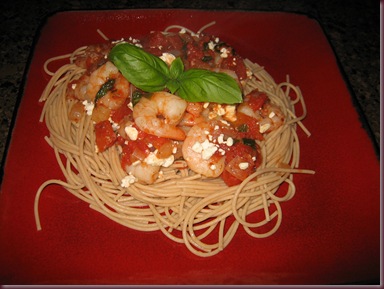 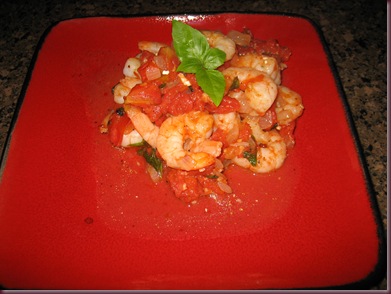 Such a delicious meal 😀

Now the power is back on and I’m going to get back to my book before we go to bed. The girls and I are seeing the movie tomorrow night and since I’ve only been able to read sporadically, I have about 200 pages left. I’m hoping I can finish it before the movie!! AHhhhhh!