Heyyyy 😀 How are you? Hope you’re having a wonderful day! Can you believe that we raised over $26,000 for Susan through The Great Fundraising Act? The blog world is truly amazing <3

We were really excited to spend our first night in our new home, but the previous owners had the utilities switched out of their name and shut off before we got the keys [and since it was over the weekend, no one was in the office to change it over for us until Monday, when they were already off]. Since we still had no water at the end of the day, we headed to the Hampton Inn (which we’ve always referred to as “the hammy”) for the night. 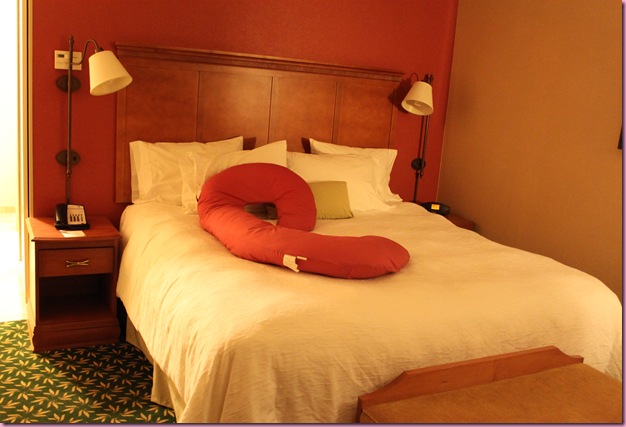 {My Snoogle and I travel together}

It was a nice cozy room, and they also have a decent fitness center + free breakfast. Baller. 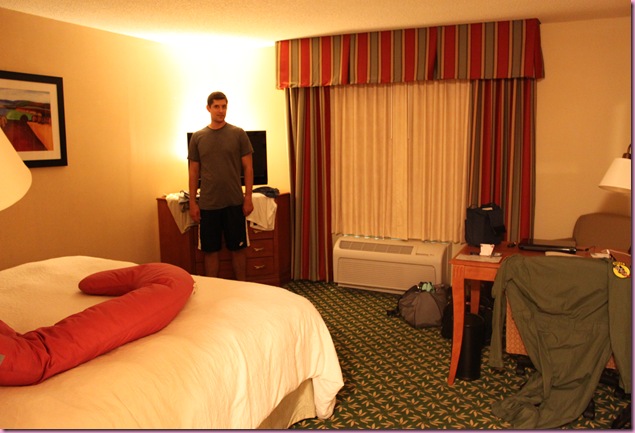 Even though I had helped with moving all day, I was still pretty wired from all of the excitement, so I hit up the gym for a 45-minute workout to get my sweat on and ensure that I’d sleep well. 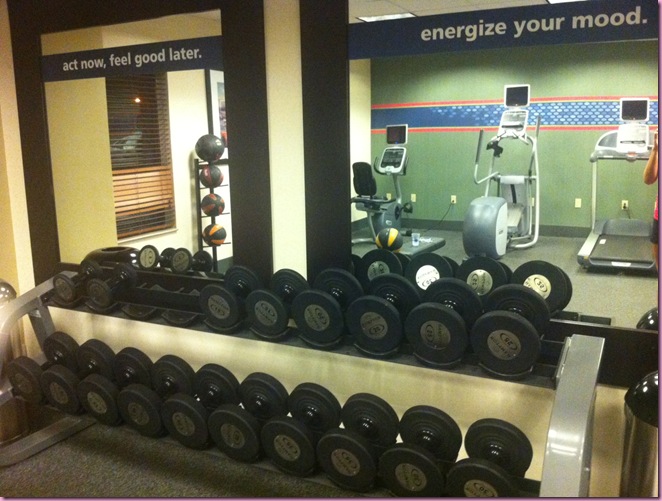 I did a weights-focused workout, with some cardio blasts in between circuits. It was schweaty and glorious. 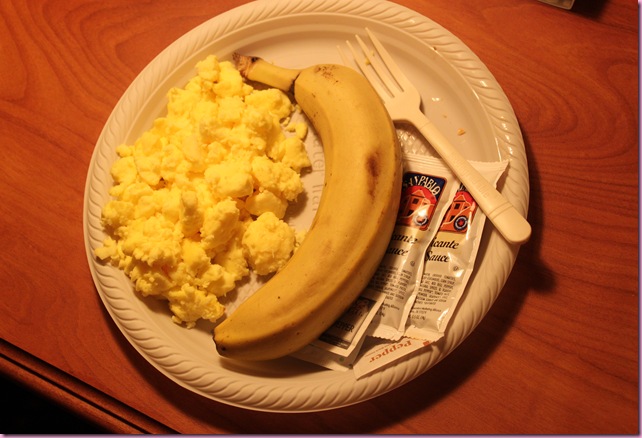 Eggs, which I’m pretty sure were powder at one point in time (yeah….), salsa and a banana that was smeared in a blanket of peanut butter.

Best part of the day: 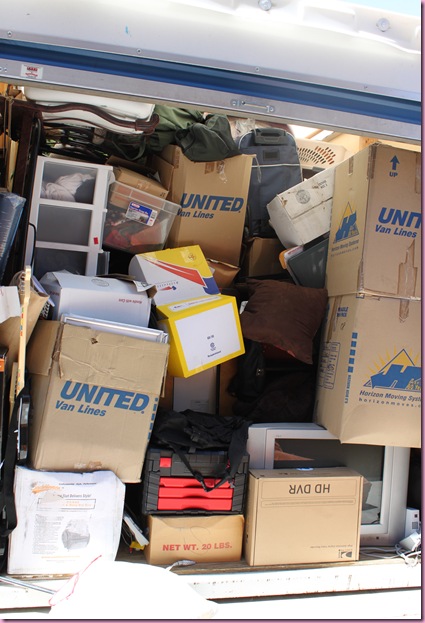 Opening the POD!!! It really was Christmas in July 🙂

I can’t believe our stuff has been in there for almost a year –it will be a year in August- and everything survived. All of the glass, valuables, random ish we were throwing in last-minute to make it fit… all made it here. It was so fun to see our things again! 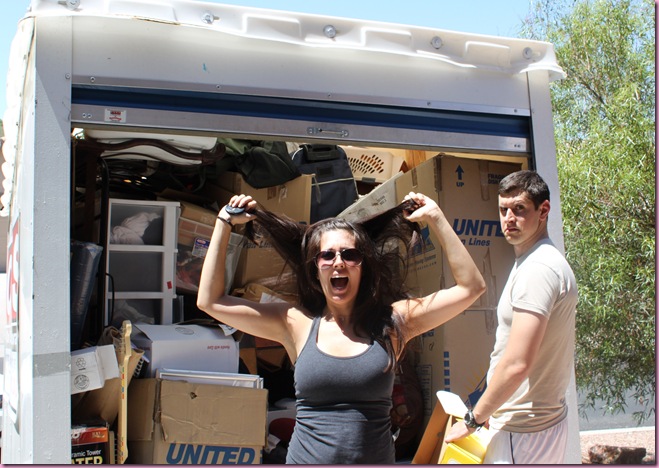 We have a LOT of stuff.

I ended up helping with the little things since I’m not supposed to lift very heavy stuff right now, cleaned the apartment that we moved out of, and brought back lunch, while our fam was hard at work unloading the heavy things out of the POD.

When I got back, it was EMPTY! 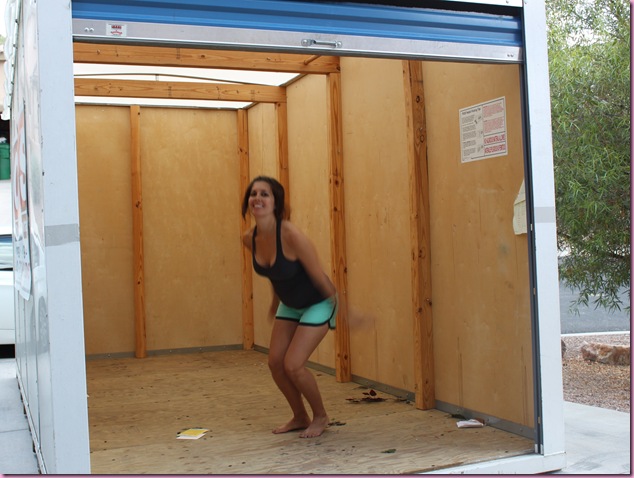 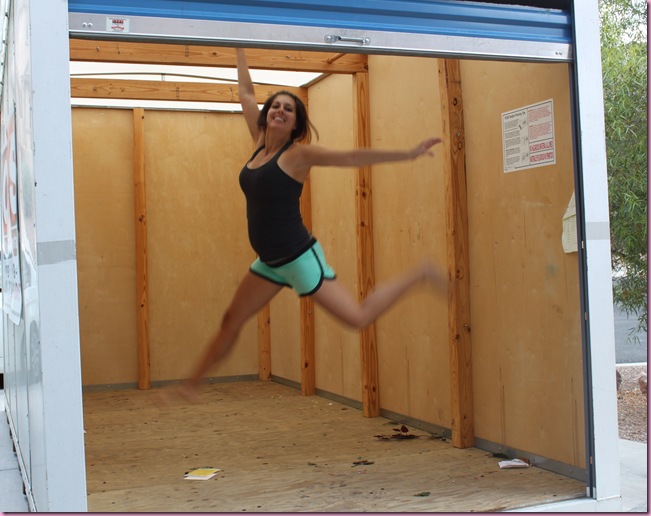 We had a lunch picnic in the kitchen: Magpie’s pizza + sparkling water, soda, snacks and cups my nana brought over 🙂 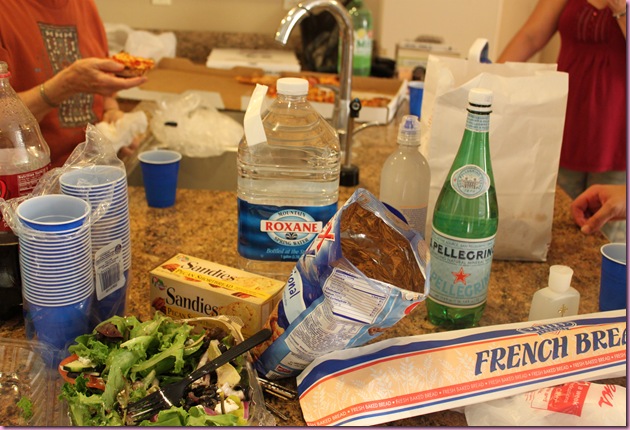 Everyone else feasted on pizza, while I enjoyed one of the best salad beasts ever: 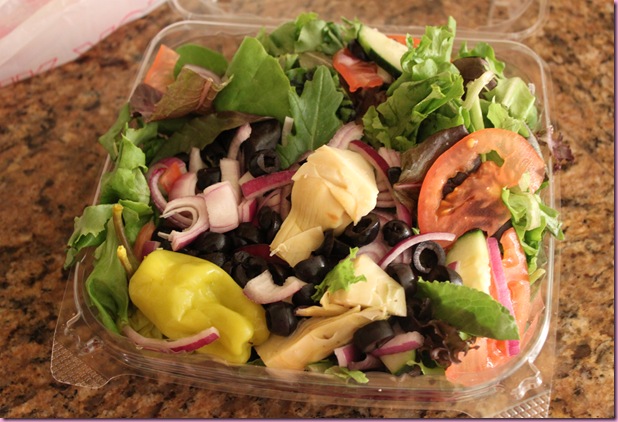 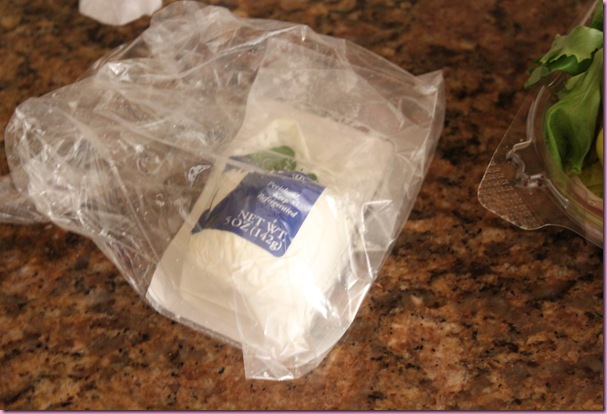 A lot has been done around here, but there’s still SO much left to do. We also need to get internet and cable hooked up… which is why my posting schedule has been a little weird yesterday and today. You can pretty much always count on a morning post, an early afternoon fashion or family post and a nighttime post. As much as I like hopping on random WiFi, it will be nice to have our own 😉

We have water and a bed to sleep in tonight, so I’ll go ahead and call it good 🙂

Off to start unpacking boxes! Be back later tonight with a Family post update.

*Our new neighbors are AWESOME. They came over to say hello as Stanley Steemer was driving away since we had no water yesterday, and the husband ran down the street and chased them to come back because they said we could use their water for the carpet cleaning. And then, they offered me a coconut water. I wanted to pinch myself.

Something to talk about: In Keeping up with the Kardashians (my reality show addiction), in one episode Kim talks about when they were younger and their dad would ask them every night what the “peak” of their day was, and the “pit” of their day. My peak was opening the POD and finding things I had long forgotten about, and my pit was when the eco-friendly maid came, spent 5 hours here and only cleaned the oven and 1 bathroom. I had a Groupon for a 5-hour cleaning, and she decided to use it by being as slow as humanly possible. Usually I love the Groupons I pick up, but this one didn’t turn out as awesome as anticipated.

Posted in move, something to talk about, tucson