In between the Monday moving frenzy, I had a phone call from an unknown number. Right away, I decided to answer and see who it was, and it was one of the nurses from the clinic where I had Friday’s blood work. The blood work was the second part of the testing we had done, and the nurse was calling to go over the results with me.

“We have your blood test results and it’s most definitely a negative for everything. You have the best numbers you could possibly get.”

“Wow, that’s great to hear- thank you so much for calling to let me know”

“The midwives will go over everything in further detail with you, but it looks like your baby is very, very healthy. For this test, it’s definitely an A plus as far as results go.”

When we first decided to do the testing –our insurance covered it and we’d get another ultrasound so we decided to go for it since it was non-invasive- we knew we might be setting ourselves up for additional stress and a potential false positive result. We actually weren’t too stressed out, especially since a test result wouldn’t affect our plans for the baby, but it’s nice to know that everything came back with great results and both parts of the testing are done.

The next test I think I have is the gestational diabetes test, but I don’t think it’s for quite a few more weeks (I’m only 17). I’m not too worried about it.. I’ve discovered that if something’s going to happen while you’re pregnant, it will happen, and the only thing you can change is how you prepare or react to what’s going on. So I’m doing what I can do to educate myself on as many things as possible and rolling along with it, as happy as can be 🙂 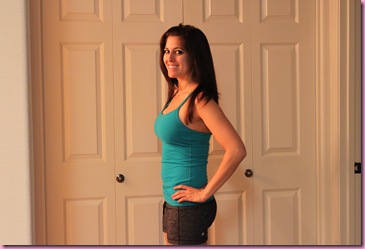 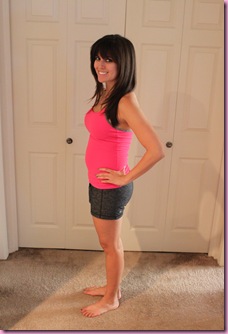 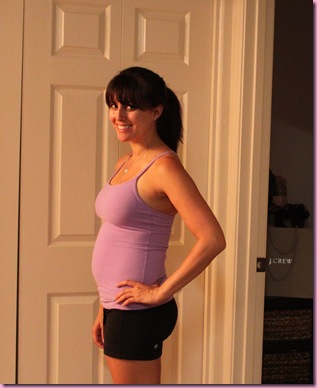 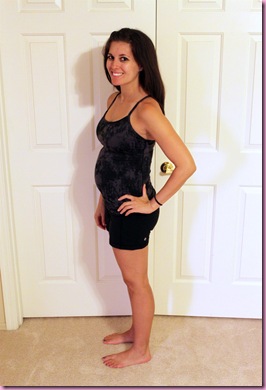 I’ve written about some awkward moments I’ve had during all of this, but I do have to go ahead and say that the kindness I’ve received has outnumbered the weird questions/comments by a landslide. Random people (and friends/family) have been so helpful and sweet to me, and pregnancy compliments are the best. When someone will tell me I look beautiful or so cute it’s definitely a day-maker.

-Oats: hot or cold. I was wondering when they’d sound good to me again, and they finally do 🙂

-Veggie chips (much better than the salt and vinegar ones I was feasting on first trimester. I had a snack-sized bag of pumpkin chips at World Market and they were AMAZING)

-Shrimp. Seafood was making me kind of ill for a while, but shrimp sounds perfect right now- especially grilled shrimp.

-Rice crispy treats. I haven’t had these in forever and now, whenever I see one, I want it. My mom bought a giant container of the old school rice crispy treats at Costco and I ate one this morning. It still tasted like the packaging, but it quelled the beast.

-Meat. I haven’t touched organic chicken in forever, and still have no desire.

Looks like the regular style of Gina-eating is back 🙂

I can actually feel the little guy moving around in there! and I LOVE it. It’s usually the best when I’m laying down, especially if I’ve just eaten something, and it kind of feels like a goldfish swimming around – like a little flutter or whoosh, kind of hard to explain, but there isn’t anything like it. It’s crazy though because while we were signing our papers for the house at the title company, the baby was going crazy! I kept looking at Tom and saying, “he’s moving SO much right now!” Maybe he could tell how excited and happy I was?