Hi friends! Hope you had a wonderful weekend. Ours was pretty busy – Livi had a friend’s birthday party, and we had a family event for the Pilot’s work- but still relaxing and fun. I apologize for the lack of “real life stuff” around the blog lately; there’s been a ton of fitness content with Winter Shape Up! Last week I posted 7 all-new workouts (plus 4 follow-along videos!) and everything is up now. If you’re just now joining in the challenge, check out all of the details here.

So I think the last time I wrote a recap here on the blog, we were celebrating Liv’s birthday.

We had a pretty low-key celebration here at home, 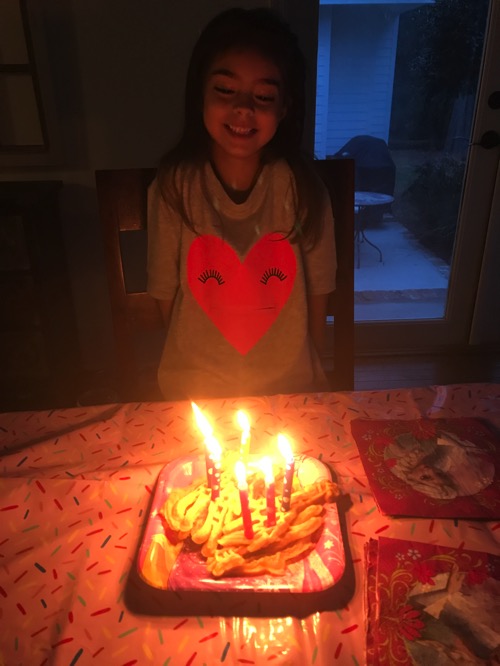 (her fave buttermilk waffles with candles)

I took emoji cupcakes to her class at school, 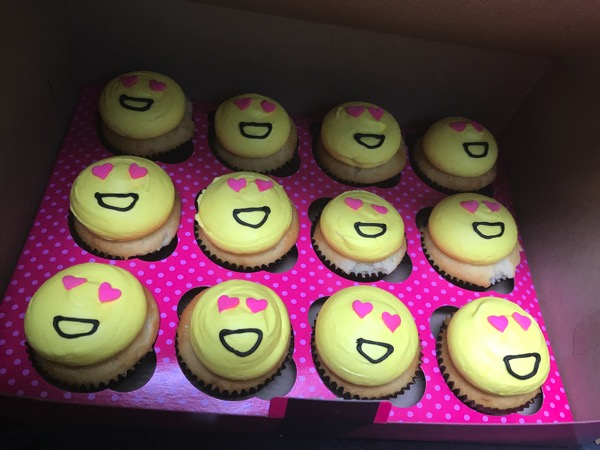 (They sang the cutest birthday song. They got around her in a circle and she picked 6 friends to be her ‘candles.’ When she blew the candles out, each kid squatted down. It was pretty adorable.)

and we ate dinner at Mellow Mushroom, her favorite spot. 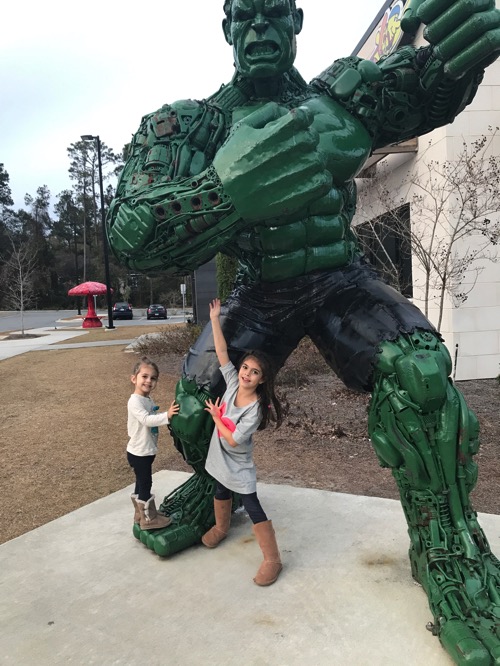 Instead of having a traditional birthday party, she asked if we could go to Disney World. I was like, “YESSSSS.” 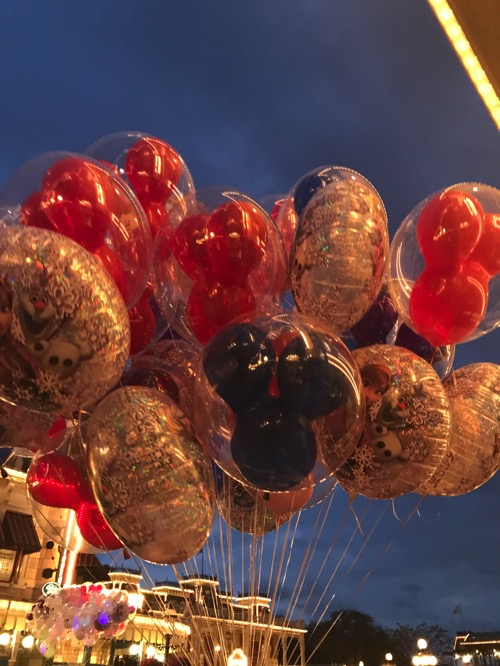 Planning parties is a lot of fun, and I’m happy to do it, but the thought of riding rides at Disney World with the girls instead of last-minute stuffing party favor bags sounded like a dream come true. When I mentioned it to madre and nana, we were so excited when they said they could join us for the Disney party. 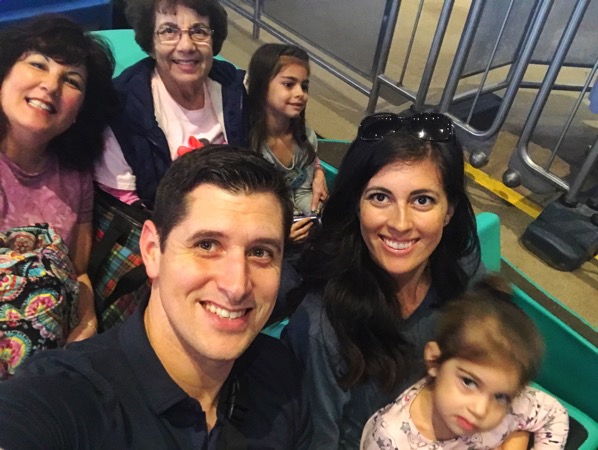 We drove into Orlando on Thursday night and headed to the hotel. It was about 10pm but the girls and I stayed up until midnight waiting for the Pilot to come back with the nanas (<— they flew into Orlando, which was perfect!). The giggles and pure joy when they arrived was pretty much the best thing ever. We had a hard time getting them to sleep – they were way too excited – but we finally crashed out and slept in a little bit the next morning.

We had Dunkin’ Donuts at the hotel and then went to Magic Kingdom for the day. 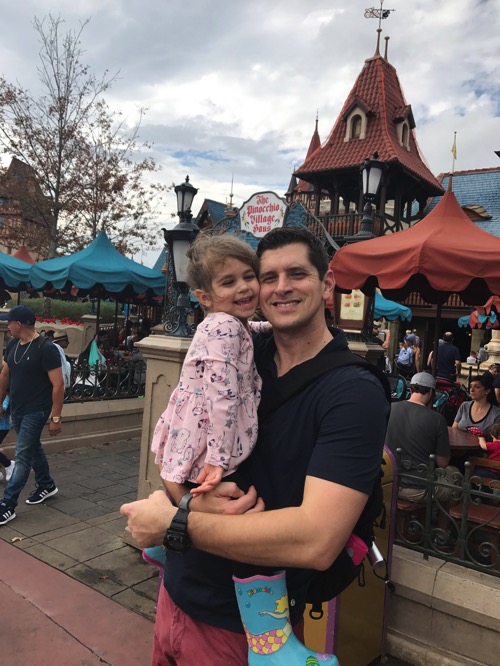 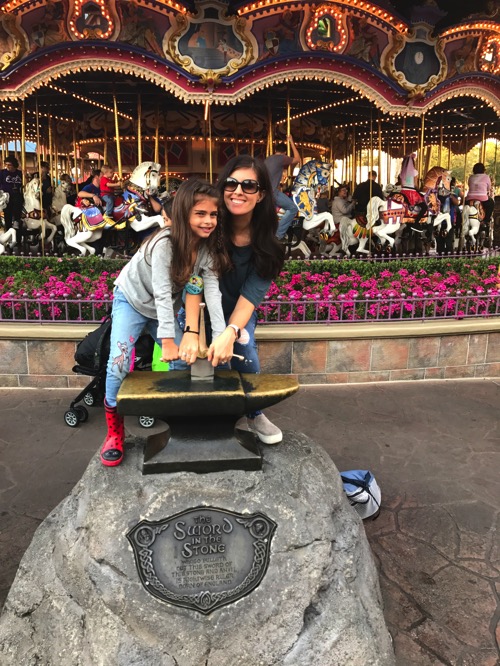 We did SO MUCH while we were there: Small World, Peter Pan, Barnstormer, the train, The Little Mermaid, the parade, a great lunch, the carousel and met all of their favorite princesses. 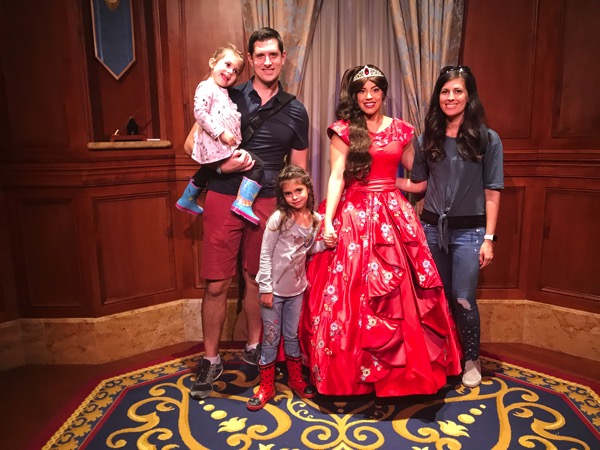 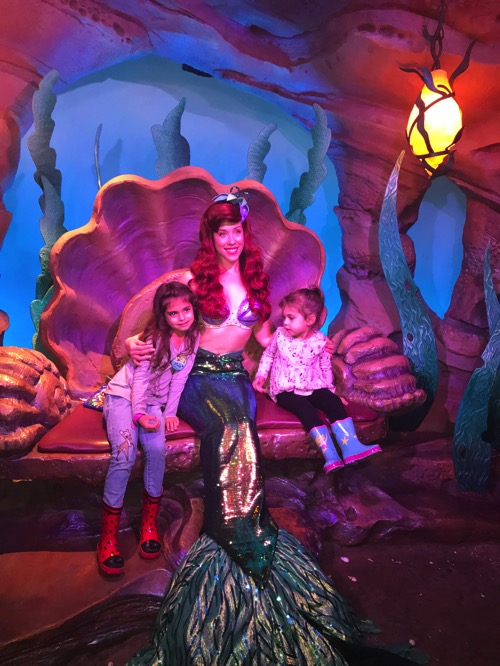 (Funny story: P is obsessed with finding and poking bellybuttons. She yells, “BUTTON” when she does it, and thankfully it’s never happened to anyone outside of the family. The entire time she was sitting by Ariel, she was staring intently at her bellybutton, and I was like, “Omg, she’s going to poke it.” Her arm reached out, and I looked over at the Pilot, silently pleading to him to save Ariel and her bellybutton. Ariel was unaware of her impending attack. Meanwhile, the Pilot and I were holding in our laughter, and right as she was about to poke it, the photographers yelled “Smile!” and saved the day.) 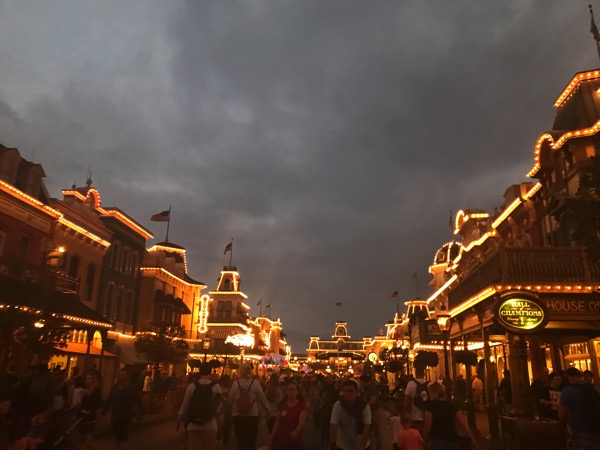 The girls had the best time and it was probably my favorite Disney trip so far. When we go to Disney, we have a “whatever happens happens” mentality and don’t really plan a lot, besides our dining reservations (everything books out so quickly). As the girls get older, I’m finding that we’re riding a lot more rides and checking out more sights, which is a blast.

Dinner was in the ice cave at T-Rex (Livi’s fave restaurant. We all know I’m terrified of dinosaurs, but I just drink a giant margarita and rally.), 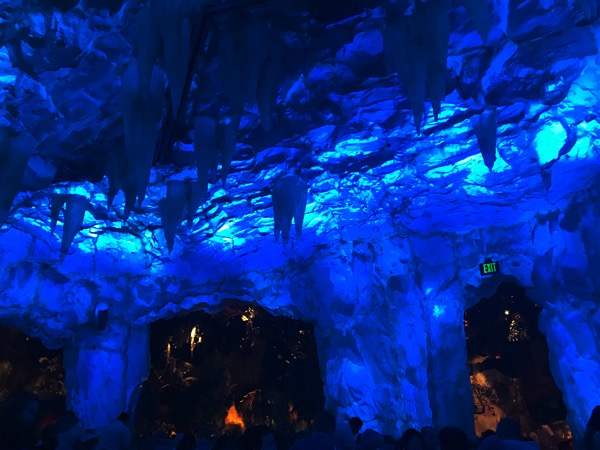 and then we drove back to Valdosta!

Since we’ve been back in town, we’ve enjoyed a solid mix of cooking at home and going out to eat. Of course, we had Birdie’s,

and for dinner one night I made a cheese board, 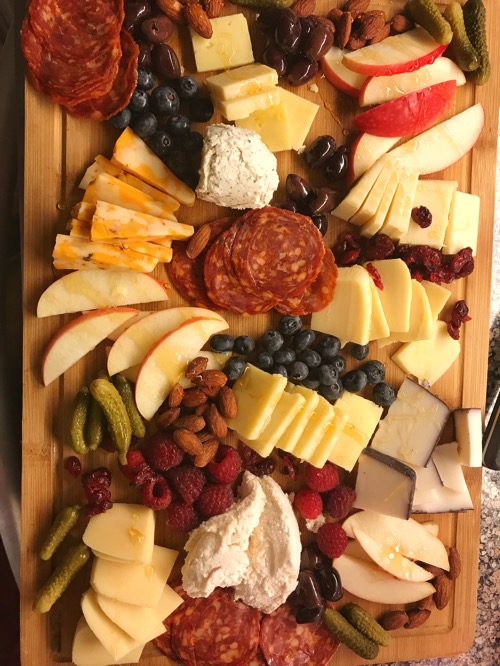 plus meatballs with homemade sauce, spaghetti, 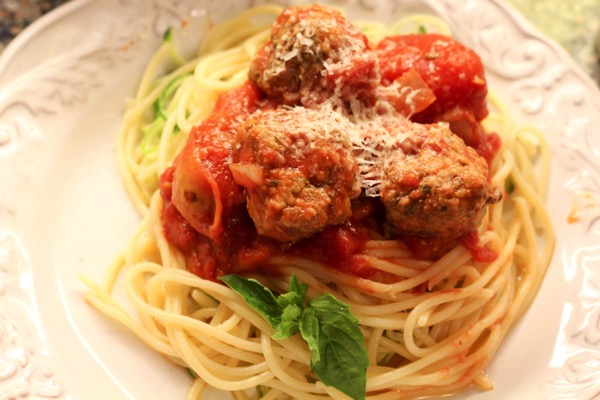 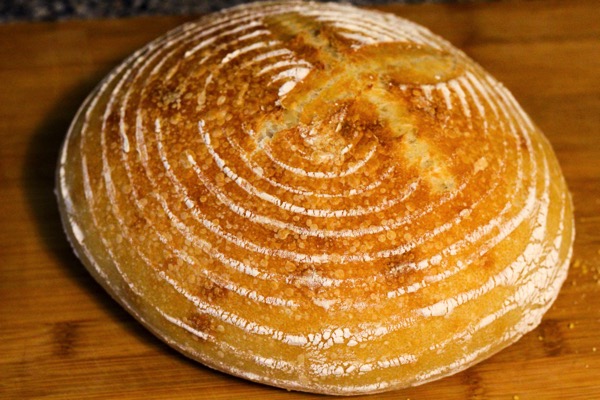 We also had taco night here at the house, and madre, P and I made the tortillas. (Liv and Nana snuggled on the couch watching a movie.)

Their first flight out was canceled, so we went to Woodstack to celebrate with some southern bbq and sangria. 😉 Each time their flight was canceled (3 times!), we had an awesome dinner out and cocktails.

We all enjoyed quality time with them and it felt so much more relaxed with all of the weekly to-dos.

It was the perfect way to celebrate Liv’s birthday and we all love that her celebration was extended with the canceled flights.

Do you live near family or no? I definitely miss living by everyone, but am so thankful for any chance they have to visit.

Have a great day and I’ll see ya in the a.m.