Hi friends! Hope you’re having a wonderful morning. I wanted to share this post again, since it’s a delicious and boozy recipe – perfect for upcoming holiday soirees.

A little something from the naughty list…. with NICE ingredients. 😉

Ok, and an excuse to use our Elf on the Shelf as a prop. 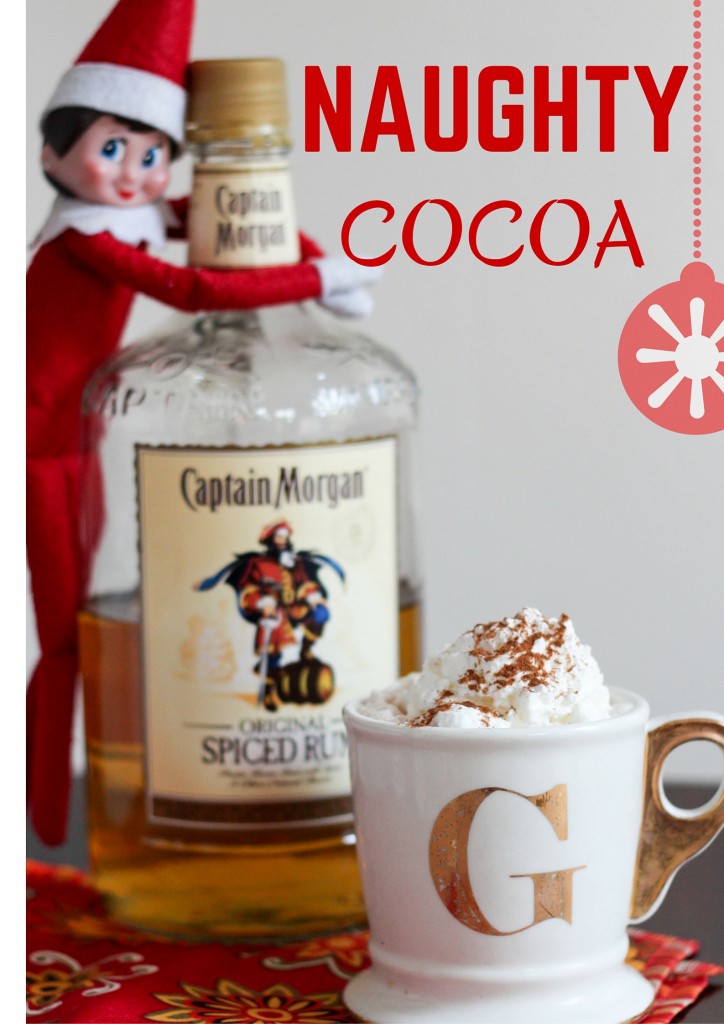 (Anyone else majorly slacking with the Elf on a Shelf this year? Just know that once you do it, you have to commit to it. Forever. I swim in regrets.)

When we went to my cousin’s White Elephant party last year, it was gloriously inappropriate. The gifts were amazing/hilarious and we had a blast hanging out with everyone. It’s one of her annual traditions, and the star of the show (for me at least) was some naughty cocoa. I had to text her to find out the top secret recipe:

Mix hot cocoa with Rumchata (YES this is horchata with rum in it! Find it at Costco), and serve.

I thought some naughty cocoa would be the perfect accompaniment to making gingerbread houses the other night, and since I wanted to partake in my current sans-dairy state, I made a vegan version with almond milk, drinking chocolate, vanilla, and cinnamon sticks. Since we did not have any Rumchata on hand, I made sure to use a generous amount of cinnamon, and stirred in the rum after everything was warmed up.

You need to try this. 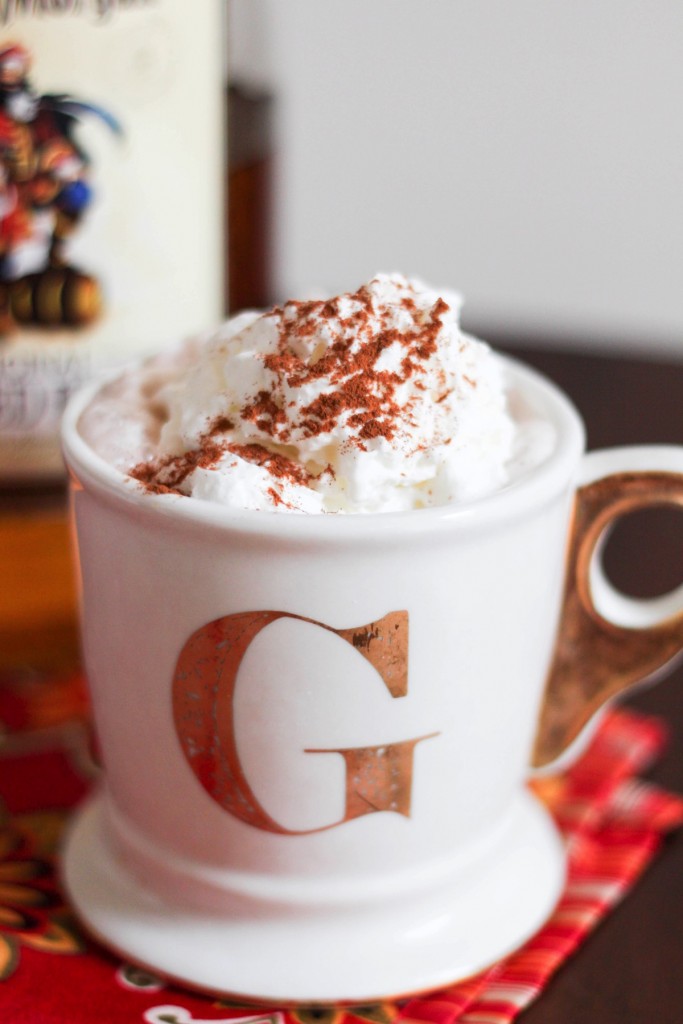 Does anyone else talk like a pirate while pouring rum? 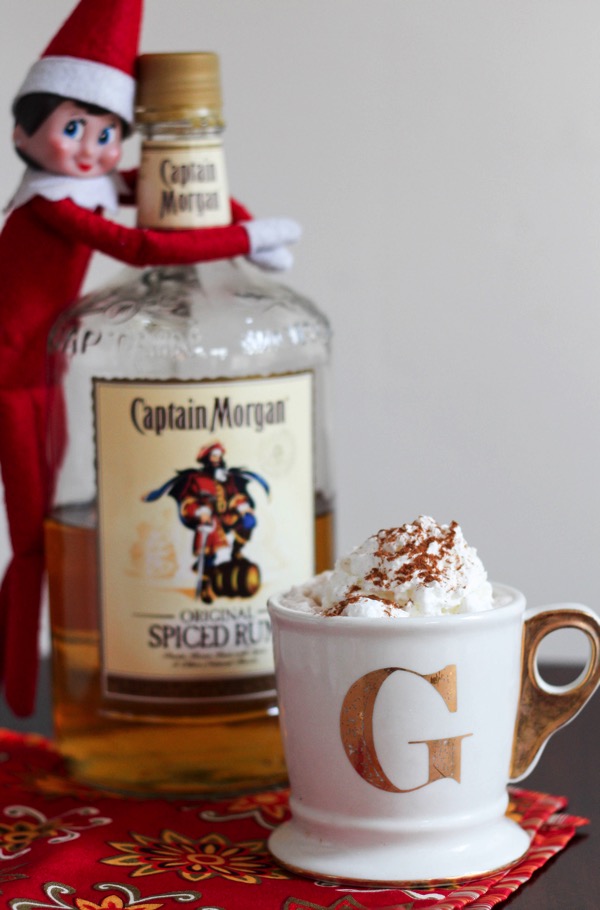 Here’s the recipe if you’d like to give it a try! I highly recommend it for any holiday parties you have coming up, or for a chilly Friday night at home. 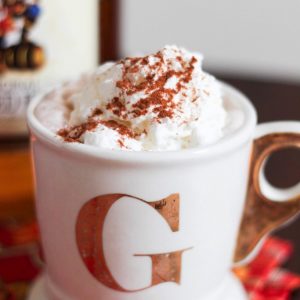 What’s your favorite holiday drink?? It’s a tough one for me, because I live for some egg nog, but I think that mulled wine is the winner.

Do you say hot cocoa or hot chocolate?