Hi friends! How’s your day going? Hope you’re having a lovely afternoon! I taught BODYPUMP this am, took Livi to her gymnastics class, and we made a fun dessert together. 🙂

I’m still feeling pretty glorious after this weekend’s yoga adventures, and I thought I’d write a recap post with the sessions I attended at the Sedona Yoga Festival and my main learning points. I love reading posts like this if I’m considering attending a conference or event, so hopefully my fellow yoga-loving friends will enjoy it!

Yoga Photogaphy with Robert Sturman. Robert Sturman is a stunning photographer with an impressive biography. He’s photographed yogis all over the world: CEOs on Wall Street, men and women in prisons, yogis in India, Cuba, Europe, Africa, from children, to those in their 90s. He went over a series of his images, and told us why he chose to photograph them the way he did, thoroughly describing the setup and composition. He places a huge emphasis on “getting low,” particularly for arm balance poses, and the importance of space between the limbs. As someone who is always looking to improve photography, I was really thankful for to learn from him. You can check out some of his stunning work here. After the session, we went out into the forest in groups of three to take photos of each other. 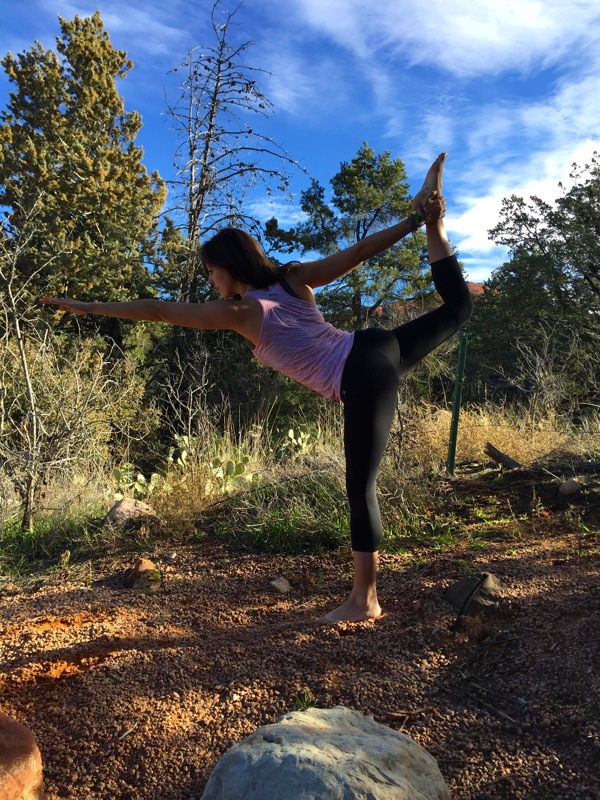 I love that he stressed the importance of spirit in the photos. He said a simple hero pose or warrior can be just as impressive and beautiful as an intricate handstand if the heart is there. I also loved that he said that it’s the photographer and not the camera or technology. Some of his breathtaking images were taken via phone, and many of them were created using Polaroids, which he would manually manipulate before developing (pre-Photoshop days). It encouraged me to continue to work on my photography, particularly life and fitness photos, and was worth the conference trip alone. 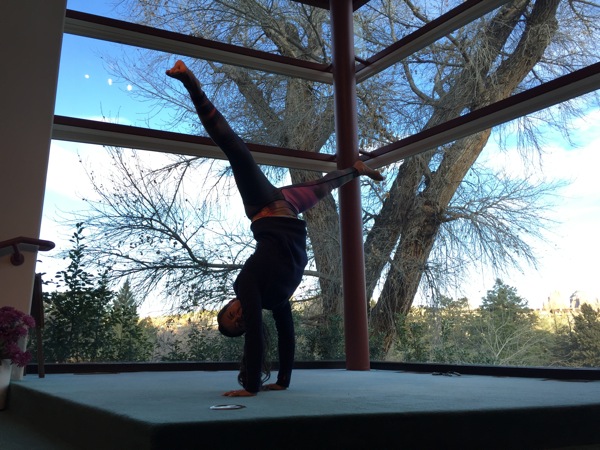 (That’s Laura Skykora. I asked for her Instagram name so I could tag her in this pic, and she has over a million followers. Allow me to crawl out from the rock I live under haha.)

GET LIT: A meditative vinyasa flow with Becca Pati. I knew I was going to love this class when Becca walked around the room to introduce herself to everyone. I think this is a special touch that instructors can add, especially if they’re leading a special class or workshop, as an opportunity to connect with each person individually. She has these dark and gorgeous eyes, and hugged me warmly before asking how I was feeling that day. I told it’s been a while since I’d practiced yoga consistently, and I was excited to get back into it. 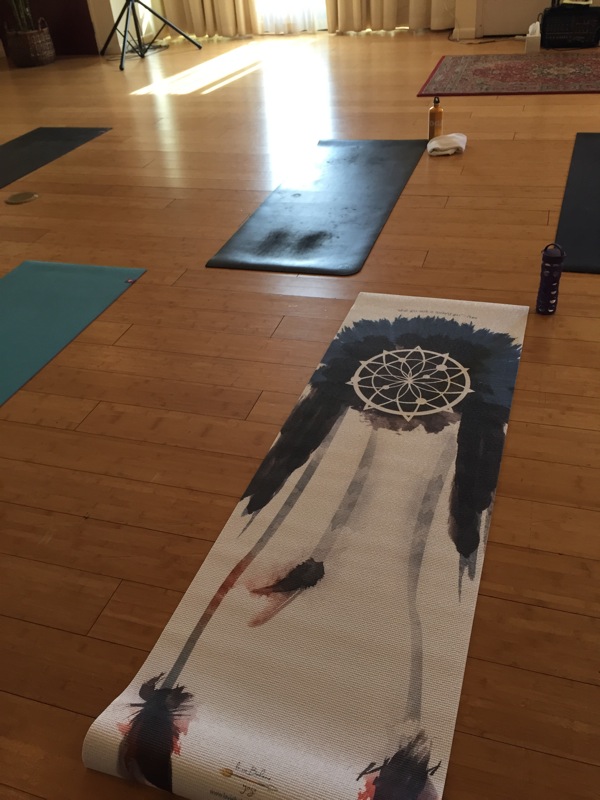 She started the session by describing the lower body pain she had suffered from, to the extreme that she had difficulty walking and making it through the day. She was passed from doctor to doctor, for months, and when she found out that a specialist would not be able to see her, she cried her heart out, worried that she would die without knowing what was causing her pain. After a 300-hour meditation certification, she determined the cause: stress. She was suffering from extreme stress caused by work, relationships and habits.

The major takeaway from this session: do not become attached to the things you can’t control. It’s not “not caring,” but instead, realize the thoughts that unnecessarily drain your energy, and let them go. This is something that I’ve been working towards, especially over the past few years. If you can’t control it, the only thing worrying will do is cause stress. While a healthy amount of stress can be a good thing, too much can cause negative physical effects.

The Power of Om with Saul David Raye. I had the opportunity to practice with Saul at Yoga Journal, and his session set my soul free. The YJ session included live music with a meditation, which I was secretly hoping what this would be. This session was a great yoga lesson to go in without expectation, because it was entirely different yet equally wonderful. He taught us about the history and meaning of “om,” including how to properly chant the three syllables. He spoke quite a bit about energy, and while chanting “om,” we start low, in our root chakra, and the vibrations extend up and out through our crown chakra. As we inhale, we bring the energy back in to repeat. He also talked for a while about the universe and how we’re all connected, which I found particularly beautiful. (It may be a little woo-woo for some, but I live for this ish.) We also chanted, in a sea of “om,” for 20 minutes. (He told us how long we’d be doing it.) I’ve never “om”-ed that much in my life, and I was surprised by how centered, peaceful and energized I felt after the class. 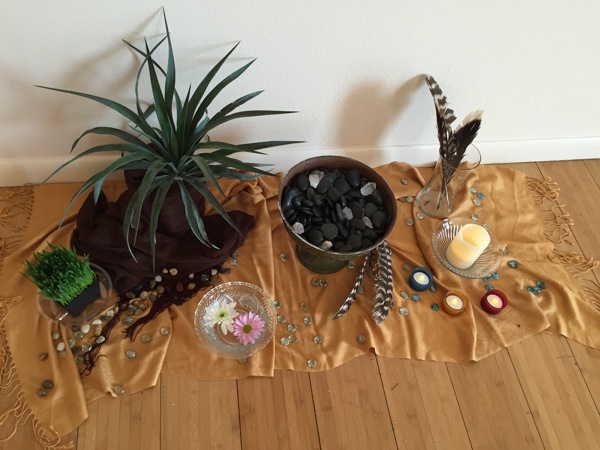 Bad-ASSana Bhakti Flow with Tymi Howard. While I was in Orlando for a short amount of time, and working at lululemon, all of my lulu friends would RAVE about Tymi’s classes. She taught a little far away from me, so I didn’t get the opportunity to practice with her, and have been wanting to for quite some time. It was worth the wait! This was my last session for the conference, and it was such a great way to end it. Tymi had a live DJ, who played awesome beats, and led us through a two-hour flow class, which was the perfect mix of stretchy and workout. She included opportunities to progress or play with the asanas, and had such a playful and lovely energy about her. She is also a former ballerina, so everything flowed together gloriously. (Also, her personal practice is INSANE. I could watch her do yoga for hours.) When class was over, my friends and I were in a pool of sweat on our mats with Zen-ed out smiles on our faces. If I still lived close-ish, I would certainly make the drive to her classes. She owns Guruv yoga, if you’re in Central Florida and want to check it out! I promise you will not be disappointed.

In between sessions and hotel/spa events, I also got a chance to do a little exploring. Close to the hotel is an artisan village called Tlaquepaque. I was intrigued by the Spanish-style buildings, and since it was walking distance, I decided to go check it out! On the way there, I wandered into a New Age Healing Center to scope out the crystals and the Buddhas. 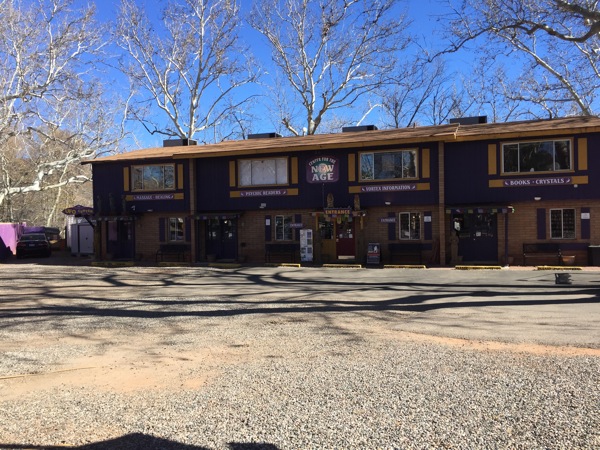 Then, I made my way to Tlaquepaque. I always enjoy checking out locally-made goods when I travel, and this shopping complex was filled with rugs, art, galleries, boutiques, shops with handmade goods, and restaurants. I got some Irish whiskey for the Pilot, and some basil-infused olive oil. (I was also horrified that said whiskey and olive oil would explode in my suitcase, but they arrived unscathed.) 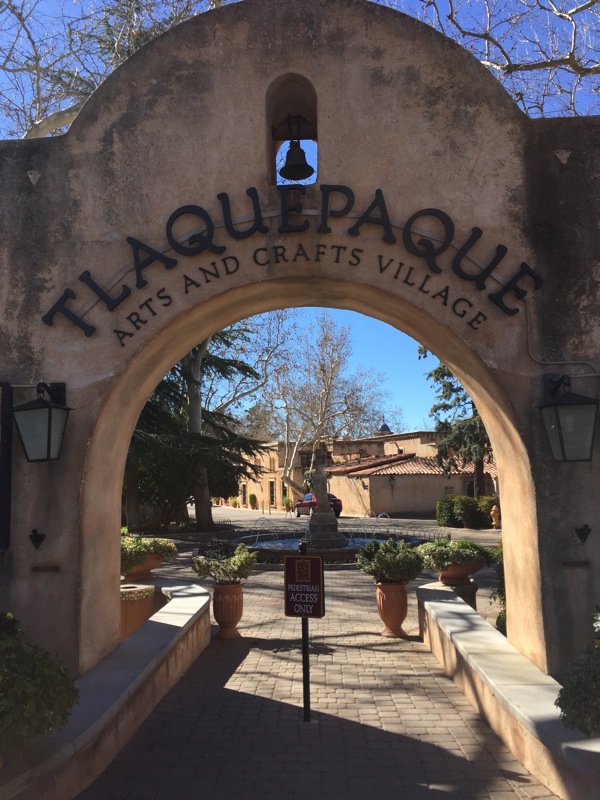 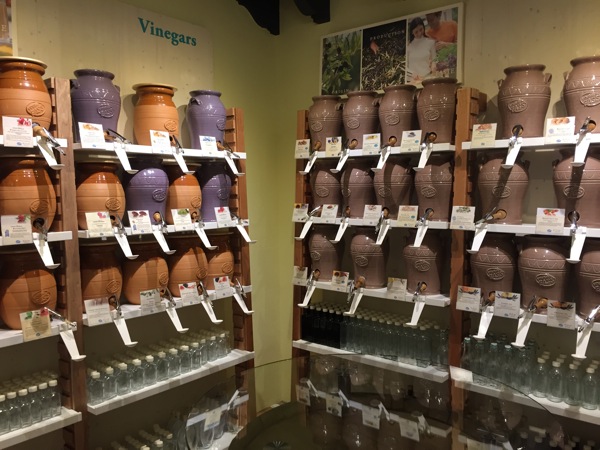 I texted the Pilot to see if I could take this home with me. 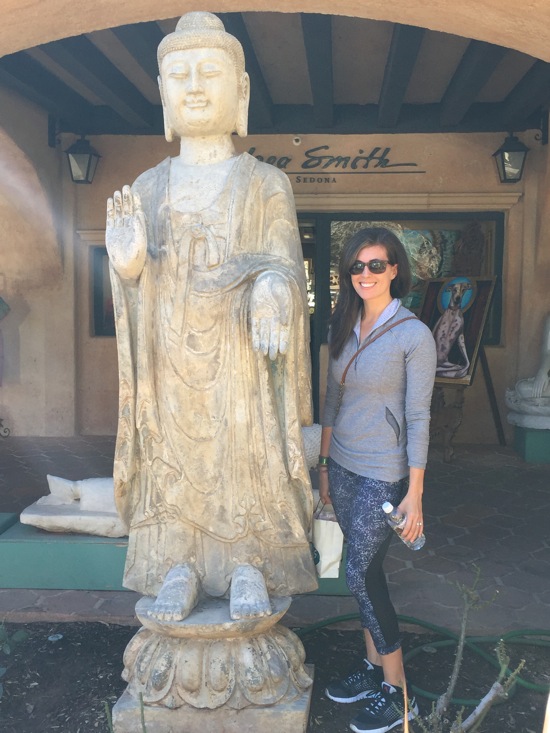 During the conference, I stayed at L’Auberge de Sedona, an exquisite hotel nestled along the creek. I have a recap coming up with some of the events we enjoyed, including making our own body scrub and the food (ohhhhh the food).

For now, it’s time to get ready for spin!

Have a great night.

*A very special thank you to Sedona Yoga Festival for providing my festival attendance, and to L’Auberge de Sedona for hosting my stay. <3