Hellooooooo 😀 Here is the last installment of the re-cap of our trip to New York. I can’t even say how much I loved it there. By far, it’s been our favorite vacation that we’ve taken together but we’ll see what happens after we go to Europe 😉 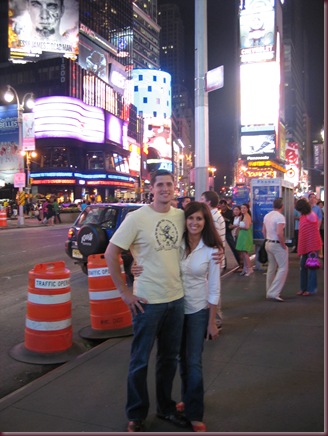 We spent a lot of time walking around and seeing as much as we could over the 5 days we were there.

Of course we had to see the Statue of Liberty: 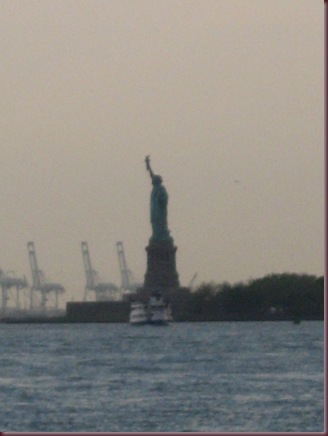 We also went to the World Trade Center site: 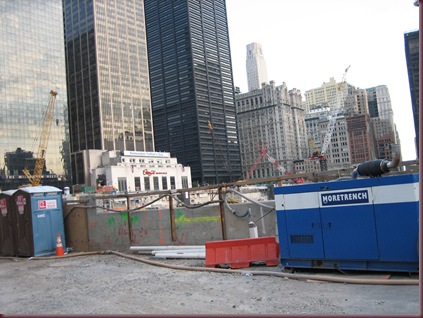 It was such a sobering experience. We were walking along the street just as many people did that day, and it was hard to imagine the sudden chaos that occurred. It was also so strange to see the enormous buildings surrounding the area where the Twin Towers were located, and then an enormous construction hole. It was physical proof of the reason why my husband has been deployed twice to Afghanistan.

We started to walk back up North, and decided to stop when we saw an Indian restaurant. 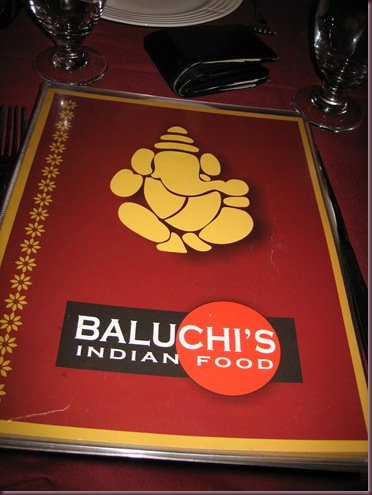 I had my favorite, Baigan Bhartha: 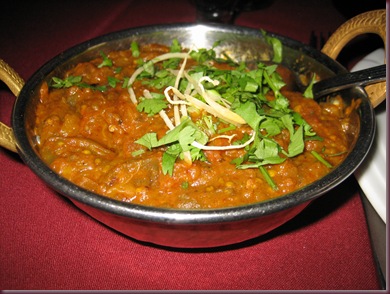 It looks the same, but I’ve gotta say that Valdosta trumps this one 😉 Passage 2 India’s es mejor

By that time, it was starting to get dark so we kept walking and went through Chinatown where a plethora of people were selling bootleg DVDs that haven’t been released yet –no, we didn’t buy any- and crazy fruits and veggies. One booth was ENTIRELY full of Young Thai coconuts!!!! Megan and I were pondering ways we could buy all of them and ship them back to Valdosta 😉

We also walked through Little Italy: 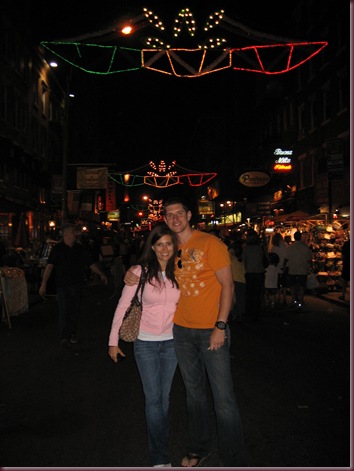 The street was lined with vendors and restaurants and the smell of glorious marinara filled the air 😀 It was also decorated beautifully with Christmas lights! 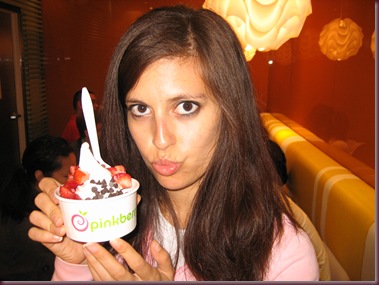 (Excuse my bug eyes, it was a long day haha)

I got a small plain with chocolate chips and strawberries. SO. GOOD!

After that, we went out for drinks… if I had any more memories of the night I would happily tell you, but I do not 😉

The next day we met up with some friends for brunch and spent the morning walking around central park: 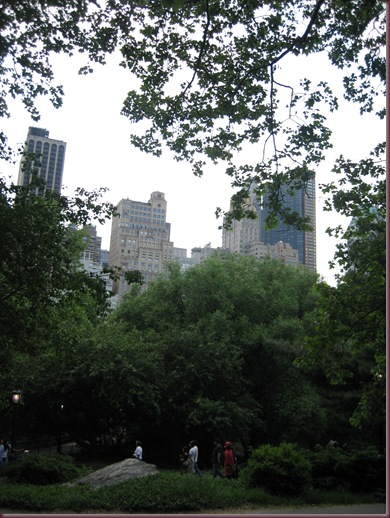 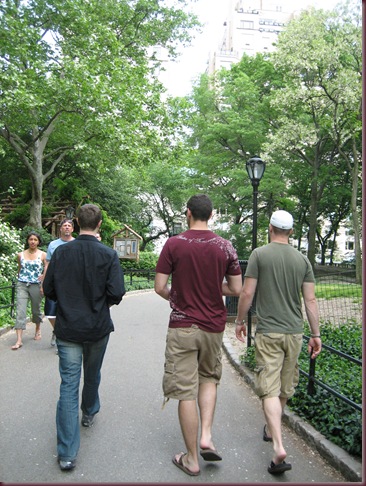 We also stopped at the Met: 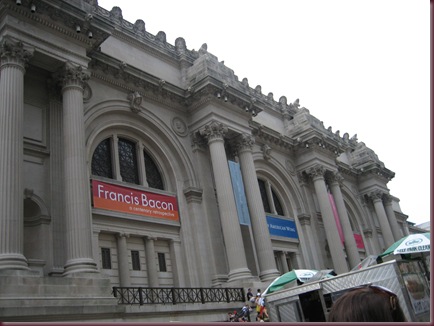 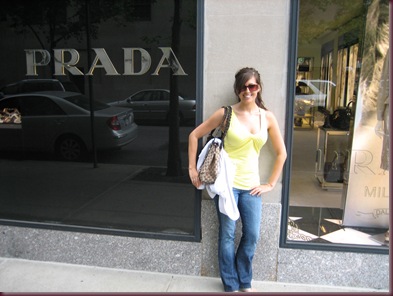 For dinner that night, we went to Ayza, a chocolate and wine bar with Mediterranean food. Um, yes please ":D

I had a hot date for the evening: 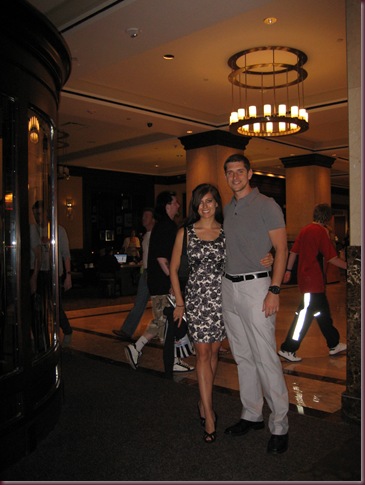 The restaurant was SO cute- very small, romantic and trendy 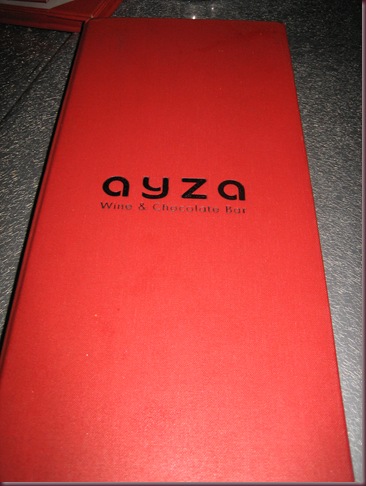 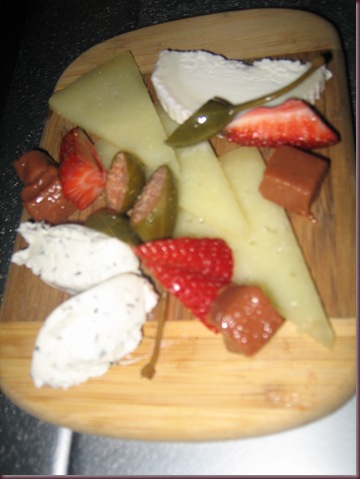 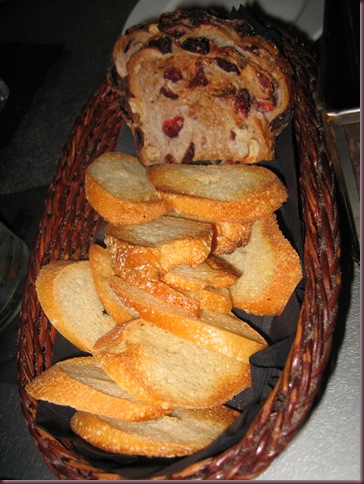 And eggplant dip –no white pita for this girl, but the dip was awesome 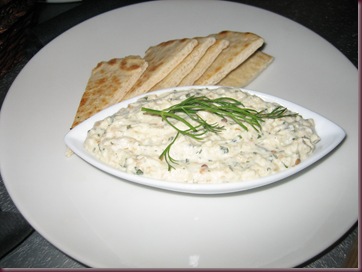 And wine of course 😉 Megan and I had Shiraz 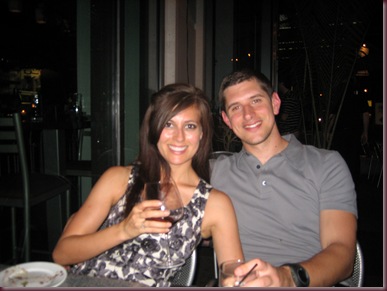 For my meal, I got an AWESOME salad with walnuts, dates, goat cheddar, arugula and apple, which I will be replicating sometime soon 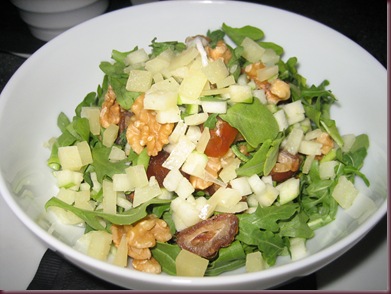 And for dessert, Megan and her pilot got truffles (Lovebug, red wine and cappuccino) 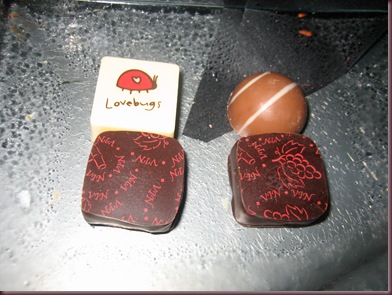 My pilot and I opted for the gooey molten chocolate cake 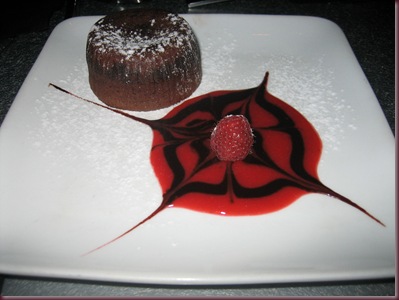 Have a wonderful humpday and I’ll see ya tonight after spin, Zumba and Indian

The Big Manzana Part 3 → ← They say its your blogiversary