Hi guys!!! Happy Tuesday 😀 I love shorter weeks! Hope everyone had a great Memorial Day and took the time to think about those who have fought so valiantly to protect our way of life. 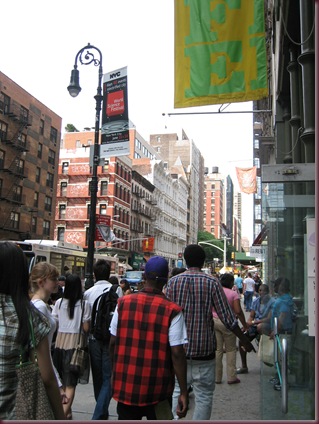 We had such an amazing time in New York. The shopping (!), food, sights, drinks (heh) were all incredible.

We got to see two shows while we were in the greatest city in the world. 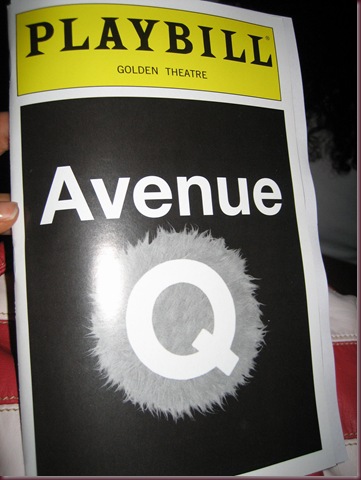 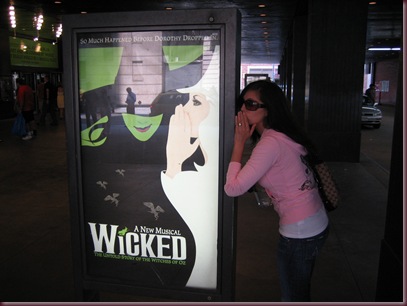 Avenue Q was HILARIOUS—its a show using puppets but they’re vulgar and profane. It was very light-hearted and the guys enjoyed it as well.

Wicked was outta control amazing. It’s the prequel to the Wizard of Oz and is about the two witches’ lives before Dorothy comes crashing in. I read the book when it first came out quite a few years ago –it’s my favorite book ever, hands down- and I’ve been wanting to see the show since I saw this performance at the Tony’s a few years ago. Seeing it on Broadway was a dream come true 😀 It was ever better than I imagined and I chills for most of it due to the girls’ amazing voices. The pilot got us AWESOME seats, too. *sighs* It was probably my favorite part of the trip.

I also got the chance to have lunch with a beautiful group of bloggy girls: 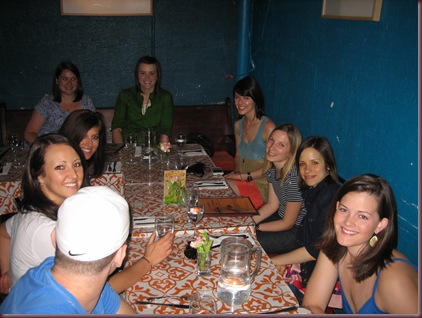 We ate at Caravan of Dreams which has a huge selection of vegetarian and raw dishes. (The pilots ate with us…and had greasy New York gyros and falafel afterwards)

I wasn’t starving, so I ordered a mocha shake with young Thai coconut, almond butter and carob: 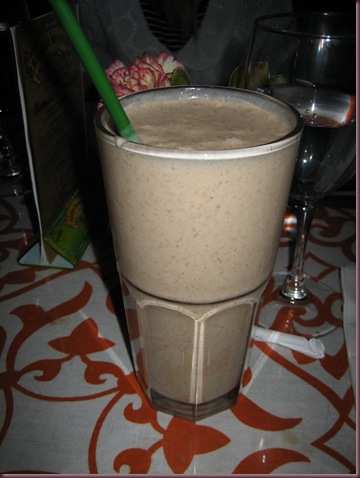 I also had some sips out of the coconut Megan ordered: 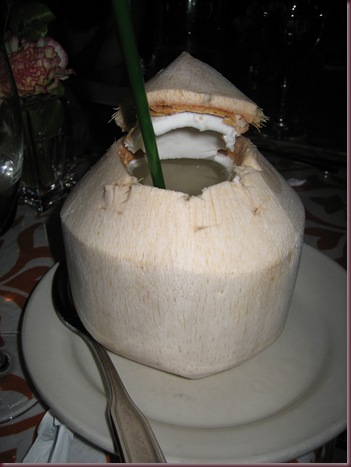 And some bites of the pilot’s Thai salad: 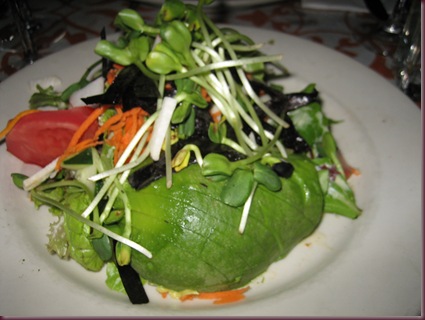 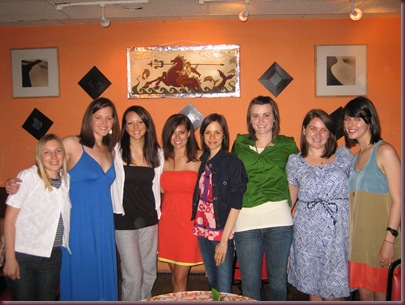 Lunch was delicious and I had such a great time chatting with the girls. We all have so much in common, which makes blog “blind dates” so much fun. Gena was just as kind, knowledgeable and gorgeous as she appears on her blog and Melissa brought me a bag of chocolate macaroons from One Lucky Duck 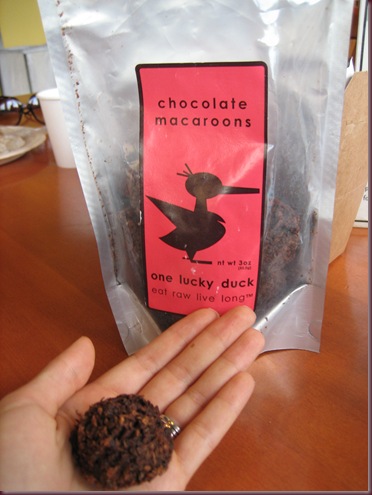 We spent the day shopping in SoHo on Friday and had to stop at heaven on earth when we passed it.

This place was ENORMOUS. They even had an entire room, full of cheese. I could happily be locked in that room for a few days…and emerge 200 lbs larger and face full of pimples. But happy nonetheless, haha. 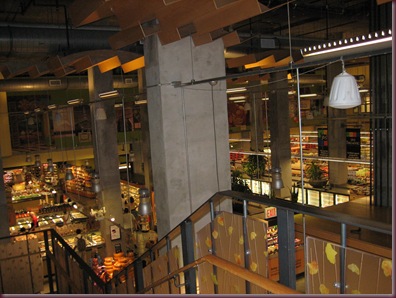 I also had a little gazpacho and hot bar: 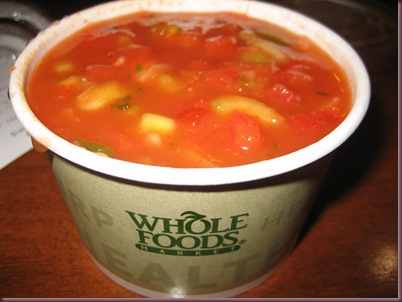 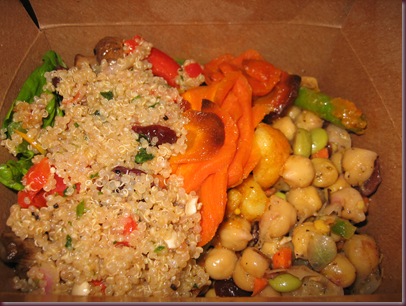 I also got to take a class at Bikram Yoga NYC, which was amazing. The teacher was hilarious and didn’t follow the script exactly –like when he told us that eagle pose is great for our sexual and reproductive organs, so if we’re planning to procreate he would recommend an eagle pose beforehand- and gave an awesome class 😀 Other than that, I hit up the hotel gym for an hour workout one day and the rest of the weekend just walked and walked—we walked almost everywhere and I switched from flip flops to sneakers after the first day.

Well I still have a ton of pictures to share with you guys so I was thinking of doing 1 daily post and 1 New York post for the next couple of days. We’ll see what happens.

Also, I’m going to be making some changes with my eating. As I’ve told you all before, healthy eating is always a work in progress and every month or so, I like to make some changes and see what works and what doesn’t. Lately I’ve kind of been feeling like I eat things that I want everyone else to see rather than things I really want to eat. For example: the oat groats. I don’t really like them but eat them since I said I was going to do raw until dinner and need something more substantial than fruit or juice. Also, all of the nuts, seeds, maple and dates are going to go. Healthy fat and natural sweets are good for you, but too much healthy fat or sugar can result in a lovely spare tire.

This change is going to be a little drastic, and I have NO IDEA how it’s going to work out (I’m not going on a crazy fast or anything, so don’t worry) but I’m going to roll with it for a week or so before I announce it to the blog world. I’m not going to post all of my meals for this reason, so if I decide I don’t like it I won’t look like a giant flake. I’ll still post at least 1 meal a day and will include the full recipe and will fill the rest of the void with fitness/nutritional tibs/stuff about my life 😉 Hope that’s cool!

I updated the Summer Shape Up post for this week to include the exercise links- let me know if you have any questions!

See you tonight and have a great day!