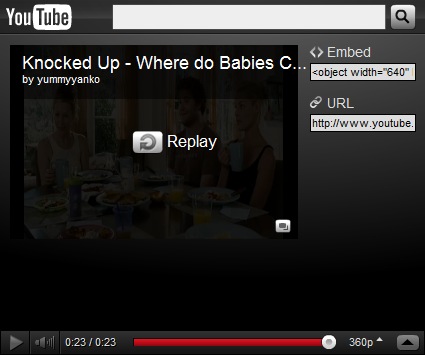 That’s exactly how it went down!

Ok, it was slightly different.

I still can’t believe I’m writing this story. It’s so surreal to me that it actually happened and I was so present yet totally gone at the same time.

So here’s the first part of the birth… and I’m going to lay it all out there, so if childbirth TMI isn’t your cup of tea, I’ll be back with other Family updates this week 😉

After the midwife stripped my membranes on Friday, I still had the feeling I’d need at least one more acupuncture appointment to get things going and didn’t want to be too optimistic. I was crampy all day, and woke up during the night with severe cramps. I really didn’t think too much of it, until they became extremely strong and regular the next morning. For everyone, labor feels different. For me, early first stage made menstrual cramps feel like a tickle. The was a lot of deep cramping along with sharp pains in my back and hips. The only position that felt good would be to get onto my hands and knees and breathe deeply…in through my nose and out through my mouth, like we were taught to do in class.

Then my family called to see if we wanted to meet for breakfast.

We told them we were pretty sure I was in the beginning stages of labor, but went anyway, since we were both hungry (and we knew the extra movement would get the ball rolling). We got there a little late and in between conversation, I’d have to put my head down and breathe. It was awkward, but I was so glad I went, because it ended up being the only full meal I ate on Saturday.

We got back to the house, and by this time the contractions were 4 -5 minutes apart – it was difficult to speak. As I’d feel it coming on, I’d beg Tom to press on my back as I’d collapse to my hands and knees, and he helped me remember to take long, slow breaths with how much pain I was feeling. At this point, I was still able to to move around, and was quiet during the contractions, which were each about 50 seconds long. We knew it was time to head to the hospital, so we called my mom to pick up Bella, and met our doula, Tricia, at Triage.

When the nurses talked to us, they immediately wanted to check my cervix to see how far dilated I was. I wasn’t ready to be checked since the contractions were still about 4-5 minutes apart and didn’t want to risk being sent home, and the nurses and our midwife was cool with waiting, so they gave us a Triage room to use if we needed it, a birthing ball, and told us to walk around the hospital to see if it sped things along.

We walked down the labor and delivery ward and passed the lobby, where my entire family was already waiting. At 2pm, it was like a hospital family party, and different family members stayed camped out until the baby was born, 10 hours later. They couldn’t believe I was up and walking around, but our doula wanted me to try to walk through the contractions instead of stopping to help the process. When the contractions became stronger and felt unbearable, we went back to Triage, were checked by the midwife and found that I was 5-6cm dilated and 90% effaced- time to be checked in!

We went to our labor and delivery room –a pic of what the room looked like is here– and that’s where I pretty much went into another world. We turned the lights down, Tom put the Spa station on Pandora, and Tricia and Tom helped me through each contraction. The nurses were in and out –and were all fantastic- and our midwife would periodically check on us to see how we were doing. The contractions became closer together, eventually to the point where Tom stopped timing them, and Tricia would use heat compresses on my back during each one. For me, the heat compresses were something that really seemed to help since my back would hurt so badly. I couldn’t speak during the contractions, and the pain completely overtook my body. I don’t want to scare you guys, but it’s unlike anything I’ve ever felt in my life. It would slowly rise up, slam into me, and stay there while I breathed through it. The more frantic I became, the worse they felt, so all I could do was breathe.. which eventually turned into loud moaning.

We tried pretty much every position in the book (including a warm bath, shower, birth ball, birthing stool, squat bar) and the only one that really seemed to work was having the bed slanted up, draping my body over the back of the bed, warm compresses on my lower back and cold wash clothes on my back from Tricia, and Tom in front of me, coaching me along, comforting me and telling me he was proud of me. For every single contraction, and there were hundreds of them, he talked me through it. He encouraged me to exhale in the low moan we learned in class, and reminded me to set a breathing tempo that provided a minute degree of control. I knew I couldn’t fight the contraction, so I gave in to them while focusing on how they would help us meet our baby.

One of the hardest parts of the labor process was the fetal monitoring. I was monitored intermittently, and every hour for about 20 minutes. They had to watch the baby’s heart rate to make sure she was responding well to each contraction. It was really difficult to stay in a position where they could monitor while the contractions slammed into me. The nurses were amazing, and often held the monitor to my belly instead of strapping it down so I could move around freely. I also didn’t have an IV since I was well-hydrated, so I could get around as I liked without having to worry about cords. I drank ice water the entire time I was laboring, with a sip or two in between each contraction.

They got closer together and so powerful I wasn’t sure how much longer I was going to be able to take it. Tom didn’t tell me until after the fact, but they were 2-3 minutes apart for about an hours, lasting a minute each or longer. There were times when all I could do was sob in between breathing through them, and all modesty went out the window. I was walking around, naked and shaking, until I’d drape myself over the bed and moan through the contraction. My water still hadn’t broken, and I had no idea how much longer it was going to ask. At one point, I told everyone I was leaving, which was a total sign that I was in transition, the part of labor where you feel like quitting, but is right before the pushing stage.

Even though I thought I was dying, I was still too scared to get an epidural (even though it wouldn’t have been an option- I was too far along). I’ve always been a huge needle-phobe, and told myself if I needed one, I would get it, but it still scared me more than anything. I just made myself focus on one contraction at a time and with Tom and Tricia there with me, I felt safe, even though the pain level was so intense.

The nurse came in to monitor the baby and it was the most difficult one yet, since the contractions were so close together. I stayed draped over the bed, she held the monitor to my belly, and Tom and Tricia helped me get through each one. During labor, the baby’s heart rate was extremely steady. She was responding so well to each contraction, but one of the things they would watch for would be a heart rate acceleration during the time period to make sure she was still working with me without getting tired (which had occurred without fail…until now). I was progressing so quickly through each labor milestone, but after transition, I was slammed by a roadblock of contractions – 2 minutes apart…for three hours. Later, Tom admitted he got pretty nervous despite his calm and encouraging demeanor. It felt like someone tagged a few extra 5Ks on top of my marathon. Even though I was in another world, I knew something wasn’t quite right.

“Honey, we haven’t seen the baby’s heart rate accelerate for a while now. We need to talk about some other options.”