Hey everyone! Hope your Friday has been glorious 😀 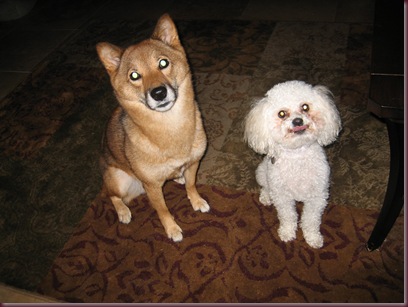 (Little Bella licks her lips as she waits for a treat)

Mine was, because I had INDIAN!!! 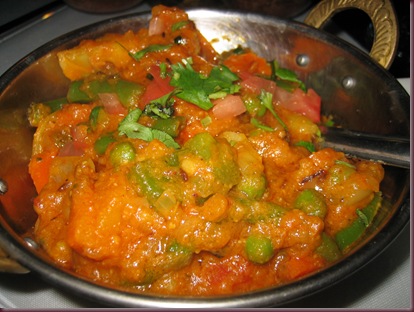 I decided to roll with something different- the veg jalfreezi. I had it a while ago and just like last time, it rocked my face off.

I also had some of Megan’s spinach and veggies… so good! 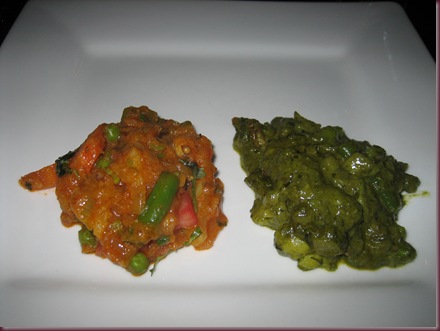 Someone told me that all Indian food must be accompanied by wine. It aids in digestion or something like that  ;-P 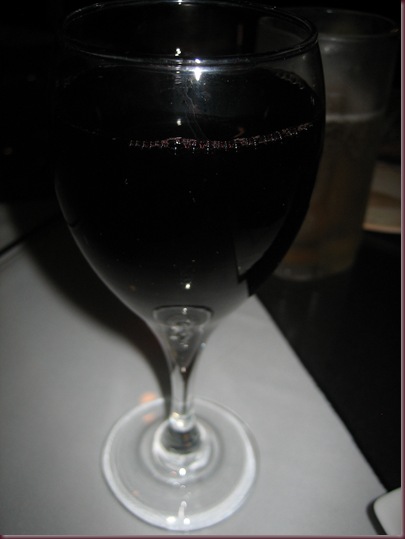 To rewind to this morning, I started the day with a lovely fruit bowl (1/2 cantaloupe, 1/2 peach, 2 kiwis… didn’t end up eating the peach because it was SOUR!) 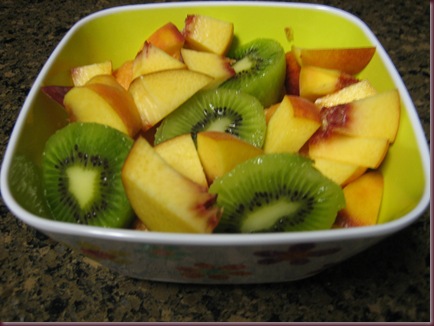 I was a little slow moving to get to the gym, but then I remembered that I had a new shirt! Instant motivation 😀 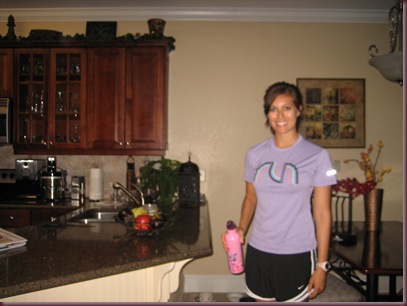 It was a breezy 50 minutes on the elliptical with the new issue of Women’s Health, and then did back and biceps (Bent over row-deadlift combos, lat pulldown, stability ball back extension, 21s, v-rope hammer curls) and had a post-workout smoothie of 1/2 frozen nanner, hemp milk, brown rice protein, Stevia and cinnamon: 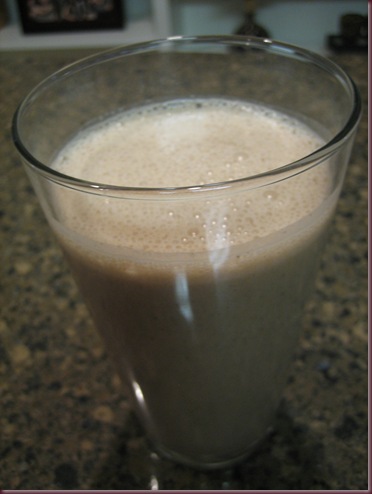 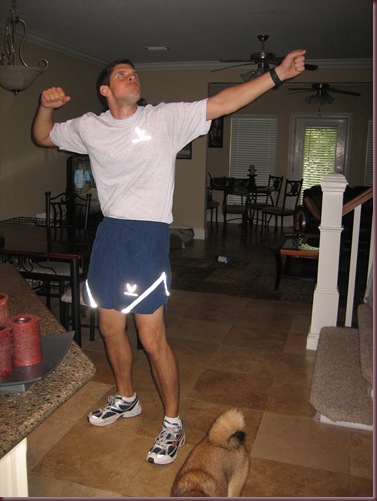 He had a PT test today (hence the goofy outfit…not as hot as the flight suit haha), and ran a mile and a half in 9:45. Crazy, huh?!? My pilot, who NEVER runs (but used to.. and was pretty hardcore) is quite the speed demon. I was happy he came home early today 😀

I had a lovely chat with a beautiful bloggy friend and was in the process of texting that super awesome raw girl when my phone suddenly shut off and when I turned it back on, ALL of my texts were gone!!!!!! The pilot decided we needed to get me a new phone ASAP. After spending 30 minutes at AT&T, we left empty-handed because not a single phone in the store was pink. Yes, I’m that girl. 😉 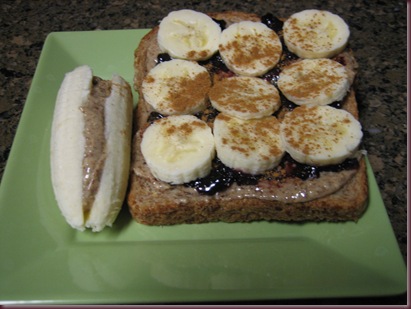 (AB,B and J on Ezekiel with the other half of banana on the side)

A lot of other random unpictured snackage occurred throughout the day, but it was nothing too crazy (raw flax crackers and 2 dried figs).

I listened to you guys: 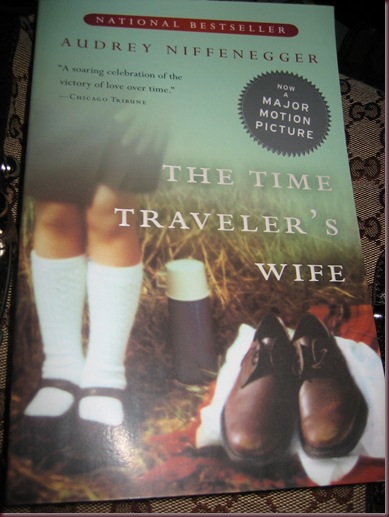 We went to Books-A-Million after dinner (yes, wild Friday night at the Indian restaurant and bookstore) and I got a copy 😀 I hope I can finish it by the end of the weekend- I’m DYING to see the movie!
Well I’m out—I’ve got a morning run planned and there was some talk of us going paddle boating tomorrow?!

Drown it out with green beans → ← Family Run and Dry Brushing