This little lovebug is doing so well, and I’ve mentioned it before, but it’s so hard to believe that this is the same baby as our little reflux baby. She used to have such a hard time eating without crying, vomiting, and possibly choking, and now she’s happily shoving handfuls of food into her mouth, mmm-ing the entire time. She was really this happy, easygoing, little goose; we just needed to get over the reflux hump. If we wouldn’t have gone through all of that (+ my not-so-fun medical stuff) she already would have convinced me to have another. 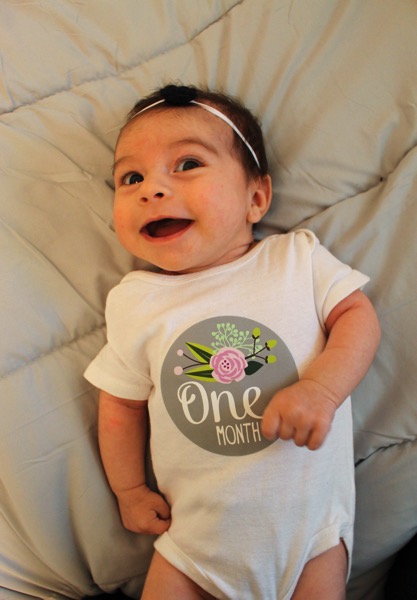 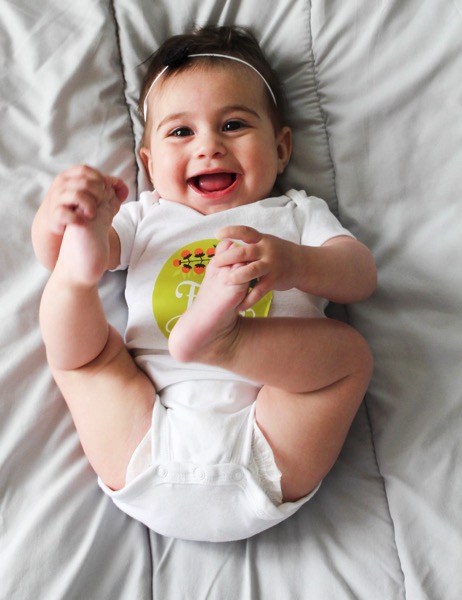 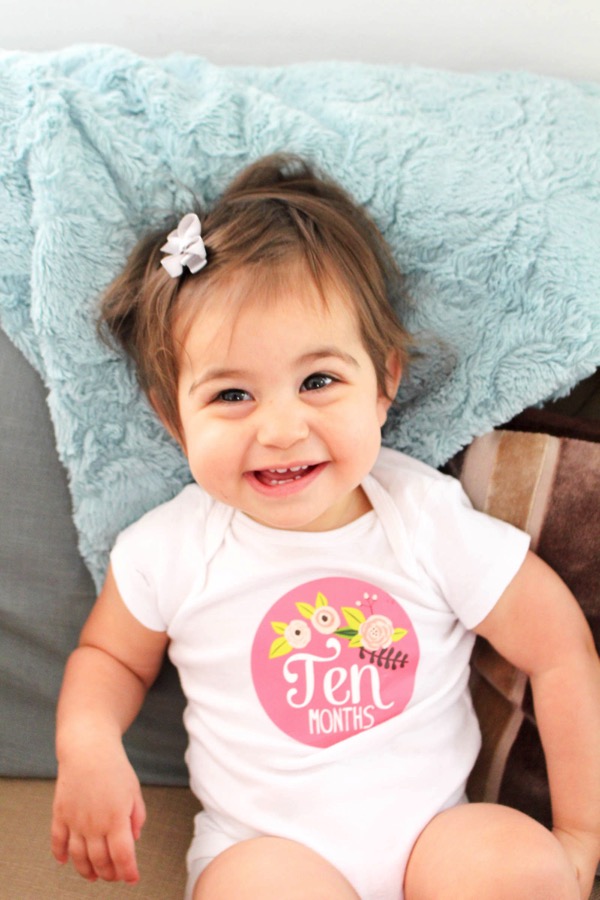 Here’s what’s going on this month:

No walking yet, but she can definitely stand and bop around a little for a few seconds. She does this with the hugest grin on her face, like she knows she’s on the cusp of doing something REALLY fun. 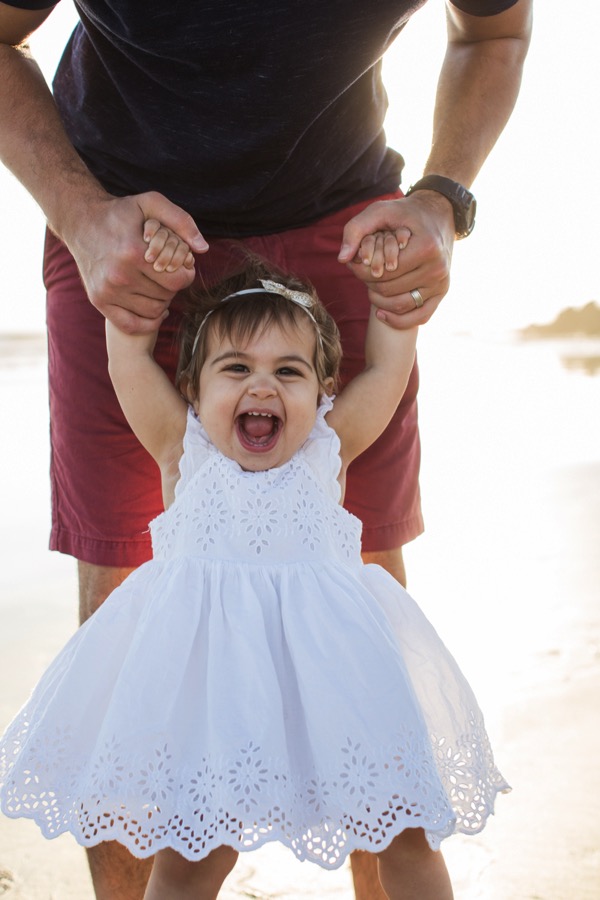 She is CRUSHING the solids. After our GI visit, the doctor told us to really increase the amount of solids we were giving her. At that point, she was only having a pouch and maybe some small bits of food once a day, so we upped it to 3 full meals each day, following her usual bottles. (She still has 5 bottles each day.) She was having some digestive problems, and knock on wood, switching to more solids has helped immensely. Also, she loves food. It’s been so much fun to introduce new foods to her, and we’re cranking our way through many of the commonly allergens. So far she has had sesame (tahini in hummus), bits of whole egg (though we mostly still just give her the yolk), and wheat. I still haven’t given her yogurt, but am going to take some with us to give her before her next ped appointment. Tom said peanut butter day is coming (he’s the brave one), so fingers crossed that it’s NBD. 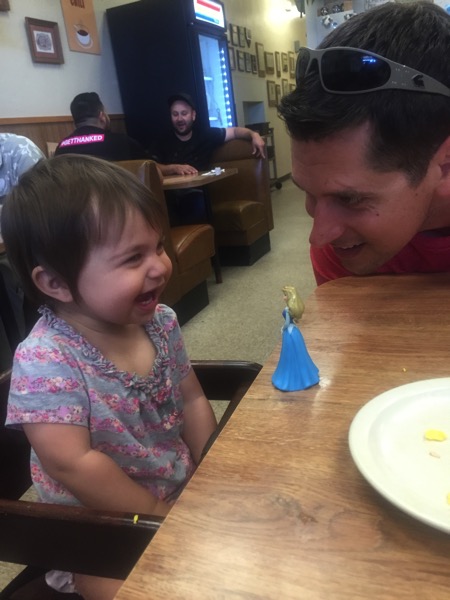 One milestone from this past month: she really mastered how to drink from a sippy cup with a straw. A mama asked me on Facebook how I taught her, and it’s the same method I used with Liv. (I learned this tip from madre!) You know how you can hold a straw into a cup of water, and use your finger to press down on the top of the straw and trap the water in there? I’d do that with about an inch or so of water in there, put it in her mouth, tell her what it was, and let go with my finger so she could drink it. Eventually, I’d start to keep my finger on the top of the straw, so she was sucking on the bottom to try to get the water out. I’d let go, and she’d get the water. Then, when I’d offer her something with a straw, she understood the method of drinking with it. Sippy cup success!

I having a feeling this part will only get better, but P and Liv are starting to play together, and it’s pretty magical to see hints of how they’re interact in the future. At the hotel in Tucson, P was crawling around following Liv, and Liv would hide behind something to surprise her. P would erupt into giant belly laughs, which would set Liv off giggling, and it was heartwarming to watch and enjoy. I feel really lucky to get to see these girls grow.

P had her first big road trip, and she did pretty well considering the long drive. We stopped a couple more times for necessary fresh diapers, snacks, and chances to shake our legs out. It cracked me up when we needed to stop with P around midnight, and P was WIDE AWAKE and Liv was completely crashed in the backseat. I gave P a bottle, and held her in the front seat for a while at the rest stop, and she was tap dancing on the dashboard… at midnight. #partyanimal

I’m starting to plan her birthday party! We debated driving back to Tucson for the festivities, but since we’ll be back in November for Thanksgiving, and there to move temporarily (!!!!!!!!!!<— there are not enough exclamations) before Christmas, it seemed like too much back and forth. So, I’m just going to have it at the house and keep it pretty low-key with friends + any family members who can make it. I considered a Llama Llama theme (her favorite books) or Mickey Mouse, but since there is WAY more Disney stuff on Etsy and I’m all about party outsourcing, the latter is happening. I think I’m going to get a small jumping castle for the bigger kids, have the taco man cater it (they bring the grill and make fresh street tacos with rice and beans), and have some cocktails for the adults. Done.

Baby legs remain one of my very favorite things in the world. 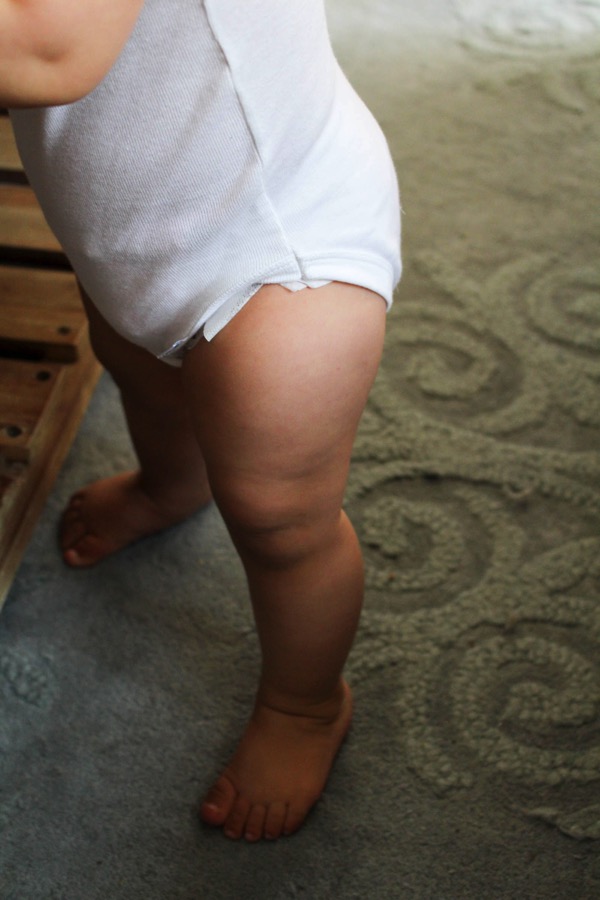 Love you so much, Miss P. How on earth did we live without you for so long?

Plum Organics World Baby pouches (the Mexican one with rice and beans is her fave!)

Diono Radian Carseat (the same one Liv has. We switched her from the Orbit since she was getting so long)

Playing dollies (aka trying to eat them) with her sis

“If You’re Happy and You Know It”

Any stuffed animal (her face lights up every time)