Hey hey friends. How are you? How’s the week going? Thank you so much for the awesome feedback on the Hamilton Workout! I had a little too much fun putting it together. Please let me know if you give it a try!

This week, it’s been a mix of the usual shenanigans: school, gymnastics, wrangling these two nuggets. I feel like between the three of us, it’s a constant snack rotation. It’s like an endless loop around the kitchen haha.

A friend on Instagram told me that her kiddos always ask for her coconut butter cups, and I was like, “Liv and P don’t know they exist.” I eat them alone, usually while they’re distracted or sleeping. I share 99.97% of my food with them, but sorry. No coconut butter cups for youuuuuu. 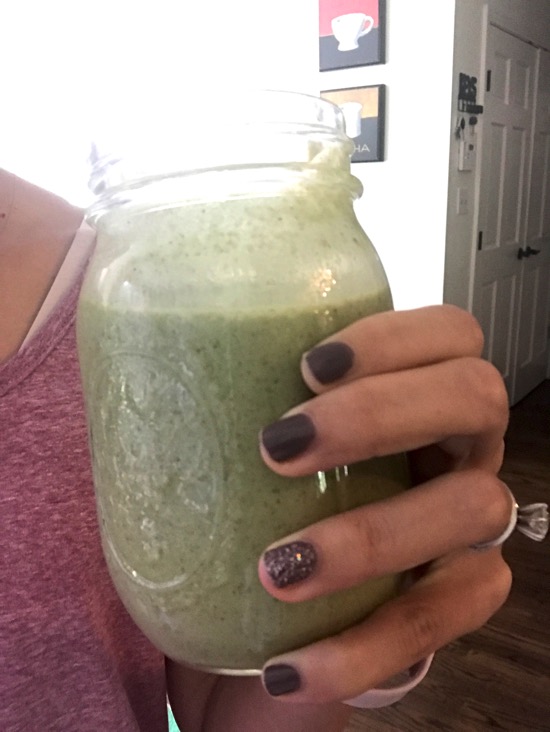 Dinners have been quick and easy as usual, and I received some requests to share this super simple pho recipe. 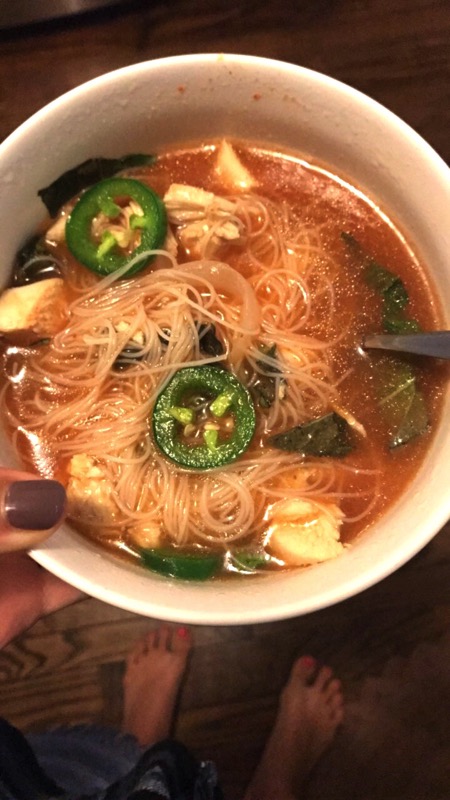 We were all in the mood for homemade pho, so I found this recipe to try out… but lost one of the pieces to the Instant Pot. (It has since been recovered. It was somehow in the toaster so there ya go.)

Instead, I rolled stovetop style and it came out SO good. Liv was like, “I can’t believe you made pho! This is amazing.” She’s also really into puns right now, so when I said, “This is pho you” as I set it in front of her, she actually thought it was funny. Or at least she pretended? The lame mom jokes are only just beginning. 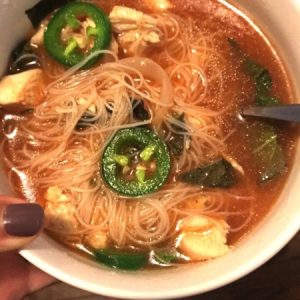 It made me nostalgic for those OB Noodle House days.

Here’s an even faster recipe if you want to skip the broth boiling part. 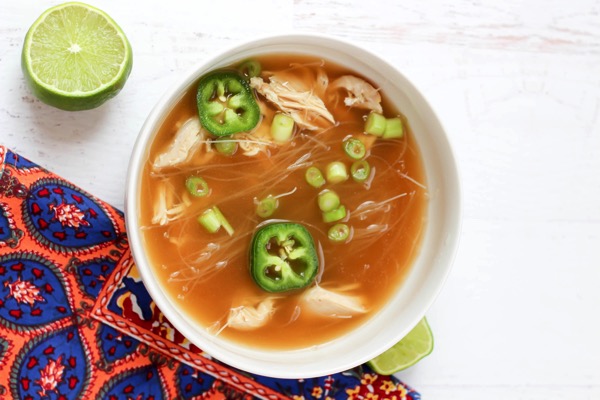 I accidentally but amazingly got two Stitch Fixes this week. One was lost in the mail and magically showed up, and the other one was the replacement. There were lots of gorgeous off-shoulder tops and dresses (including this one!), and just to guarantee I’d keep something: jogger pants and a t-shirt. I think I’ve worn joggers with a tank or tee for the past 3 weeks. 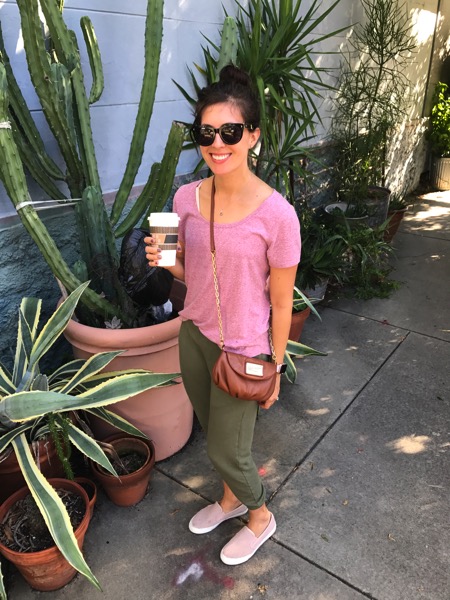 (with the infamous Band Aid shoes)

Some link love from the week:

Meal ideas to make for others

Hope you have an amazing day!