Hiiiiiii 😀 Hope your Monday is treating you well! My day has been very chill.. lots of resting and icing the ol’ knee. It doesn’t feel like I actually injured it, but it definitely didn’t like yesterday’s race very much.

I forgot to show ya’ll what the race shirt looks like:

(it’s the exact same as last year’s, but BLUE!) 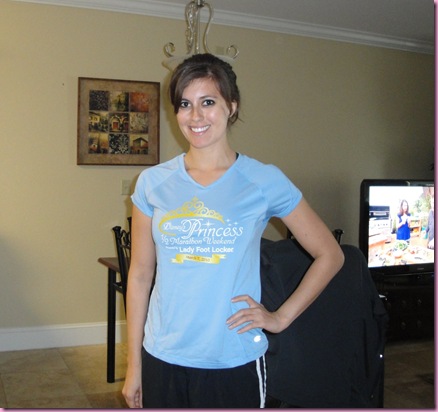 The pilot didn’t have to work until later this morning, so while we hung out, I made some kale chips. 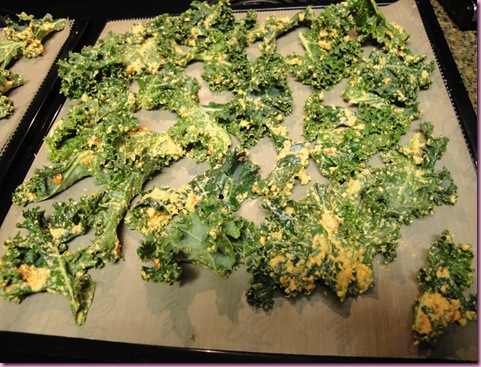 I used my version of a recipe from 105degrees, but a similar one can be found here

Basically you make the sauce in the Vitamix: 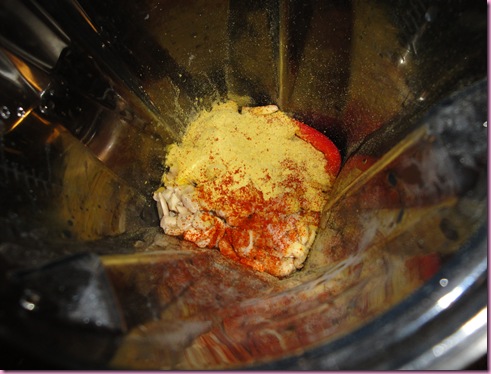 Plop the sauce into a bowl, add the kale (washed, ribs removed and torn into large pieces) and gently massage until the kale is fully coated with cheezy goodness 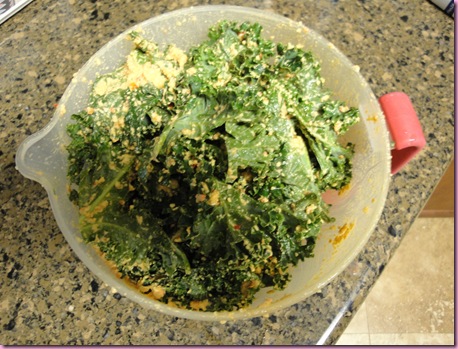 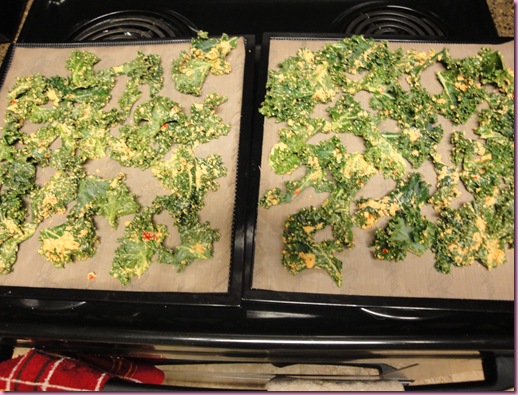 After 12 hours, flip them onto mesh screens and continue dehydrating for 8-12 more hours.

Jeni and I met up at the gym for some weights (no cardio for this girl today.. which is STINKY because it’s gorgeous outside!!!). We did some fierce shoulder, upper back, chest and ab work, then hit up Main Squeeze for smoothies.

I got the usual Tropical Superfood with vanilla Sun Warrior, spirulina and 1 T chia seeds that I brought in a baggie. 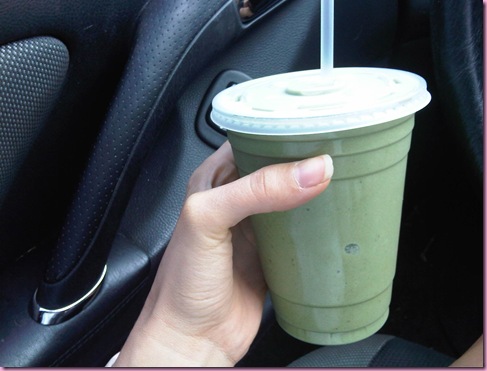 Some of the rest of today’s eats included:

Apple with mesquite and cinnamon 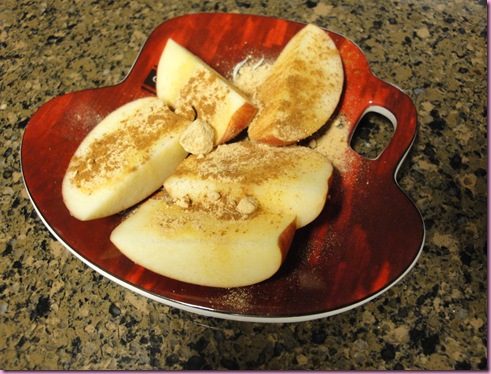 Millet with Earth Balance and Polaner 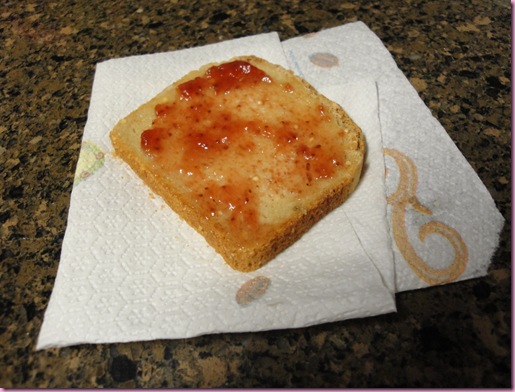 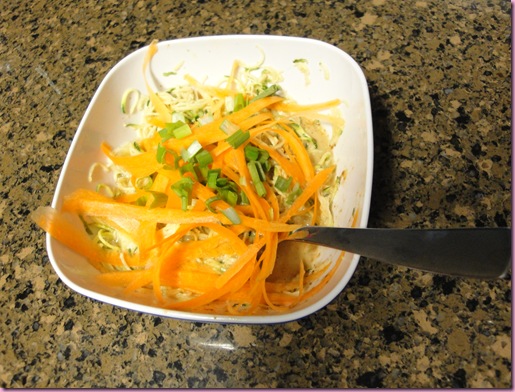 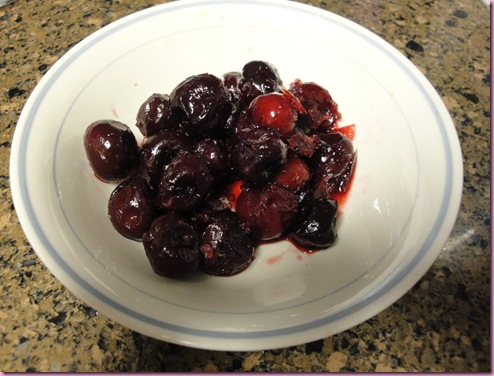 I’m off to take a seaweed bath (more on that later, haha) to see if it will help my aching leggies a little. While I’m doing that (and hating life- I hate baths…. showers are much more efficient and enjoyable), it’s GIVEAWAY TIME!