I’m SO EXCITED that ya’ll like the Intro to Iron Pumping! Please let me know if you give the workouts a try and what you think 😀 I know Caitlin tried the workout this morning and already felt a burn. Awesome 🙂

Speaking of awesome, so was breakfast 😀 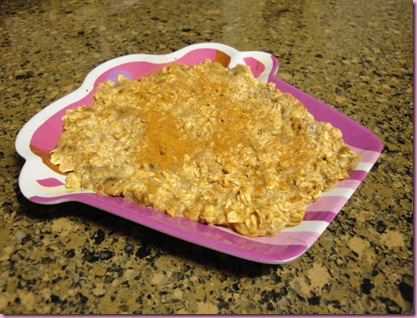 After bfast, I hit up the gym with Jeni and Ashley for legs.

When I got home, it was protein time. 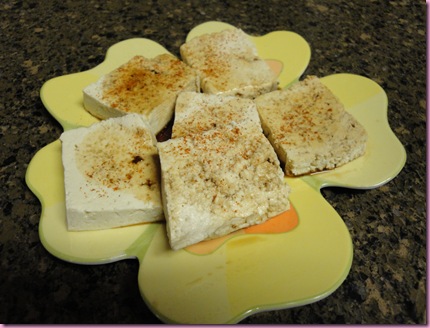 The rest of last night’s tofu block with coconut aminos, cayenne and garlic powder. I ate it raw because I’ve been in a rush all day cooking is for suckas 😉

Next, I got dinner ready for the pilot so that it will be ready for him when he’s done flying and fill the house with a pleasant aroma. 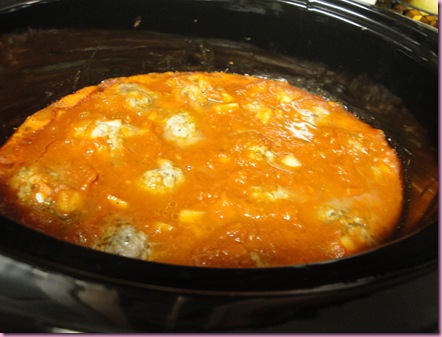 Doesn’t look like much right now, but that’s marinara sauce and meatballs (all organic). Hopefully the pilot will take a pretty pic of his dinner, since I’ll be at work. I’ll also post the recipe soon for ya’ll because it was super easy 😀 For me, I’m going to take brown rice pasta and veggies to munch after Zumba on the way to work.

The madness also continues at the Chick Fil-A that’s about to open…. 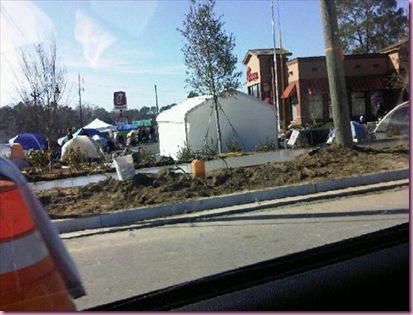 Yes, those are TENTS! People are camping out until it tomorrow’s grand opening. My Twitter friends told me that apparently you get free chicken for a year if you’re one of the first customers? Even if I ate chicken (which I don’t), I’m not sure I could roll like that 😉