I got this request for a post last night, and since I didn’t have anything else to share this morning -I spent my Tuesday night with a glass of red and my Kindle since Liv was sleeping and the Pilot was flying- I figured it would be perfect for today. 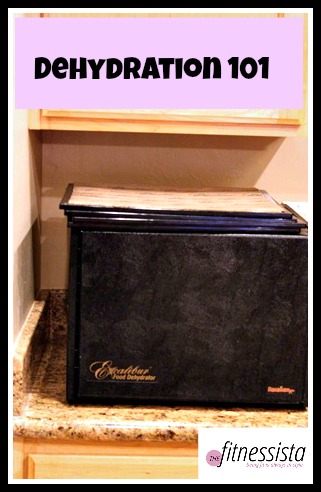 The title could possibly suggest that this post is about water intake, but rather, it’s about the cooking (or uncooking) method of dehydration: when you purposefully suck the moisture out of foods, preserving their nutrients in the process.

By dehydrating, fruits and veggies can be transformed into fruit leathers or chips; raw, soaked nuts and natural sugars become raw cookies or tart shells; savory herbs and seeds turn into thin, crispy pizza crusts and flatbreads. There’s a wide variety of dishes that  can be made in the dehydrator, including some of my favorite snacks: 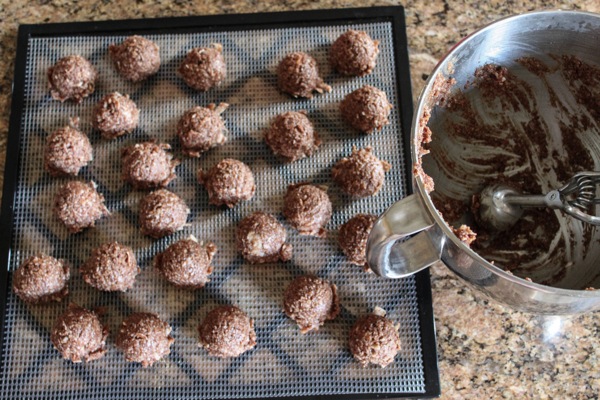 -veggie or fruit chips (we especially love dried cinnamon apple, kale chips and zucchini chips; I’ve also made sweet potato and banana chips as a special treat for the dogs)

-jerky (which I’m too chicken to experiment with)

Usually when a fruit or veggie is on its last limb, I add a couple of spices to it and throw it in the dehydrator. It’s a great way to use produce and preserve it, since many dehydrated foods can last up to a month (nuts/seed combos) or at least a week in the fridge.

So why the heck would you want to remove the moisture and hydrating properties of water from your food? As I mentioned, it’s a great preservation strategy, and removing the water also creates an entirely new texture. It also makes it possible to eat much more (which = more nutrients) than you would ordinarily be able to consume. For example, there’s no way I would just put a bowl of raw kale in front of myself and go to town. If it’s a kale chip, I can kill a whole batch, no problem 😉 At the same time, it’s an easy way to go overboard on calories, so just like anything, eat what you enjoy and be mindful of portion sizes.

The Pilot got me an Excalibur 9-Tray

, almost 4 years ago for my birthday. I’ve used it numerous times since then, and even though it’s fairly loud (now, I like to consider it a white noise machine), it works extremely well. The 9-tray option is great because some foods (like the macaroons) are taller, so you need to remove every other tray to fit them into the dehydrator. 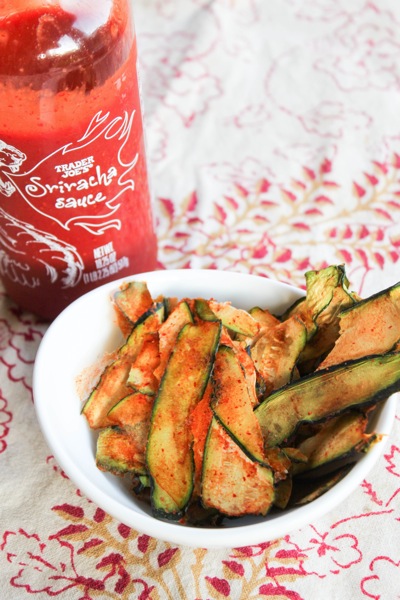 -Make what you want to eat tomorrow. Often, foods take overnight to dehydrate which can be a pain, but at the same time, a lovely surprise. It’s nice to wake up the next day and have something delicious waiting for you! This is why Livi and I have been known to eat entire batches of zucchini chips before breakfast 😉

-Play with temperature and get to know how your dehydrator works. For me, the magic temp is 115. It’s still low enough to preserve the nutrients –raw foodists suggest keeping the temperature below 118- but I’ve also cranked it up to 135 to get some sweet potatoes dehydrated that were taking forever.

-Use the Teflex sheets. Usually dehydrators will come with nonstick drying sheets. These work extremely well for wet mixtures (like onion bread or flatbread) or something you want to spread out along the entire tray (like a wrapper or tortilla). You can spread it on top of the Teflex, dehydrate for about 6 hours, then flip the entire thing over and peel the Teflex away. The other side can then dehydrate with minimal mess.

When you wash the Teflex, don’t entirely submerge them in water- it’s the fastest way to ruin them. Instead, place them on the countertop and use a soapy rag or sponge to scrub, rinse and dry with a towel. Repeat for the other side. You want to sanitize them without drenching them. 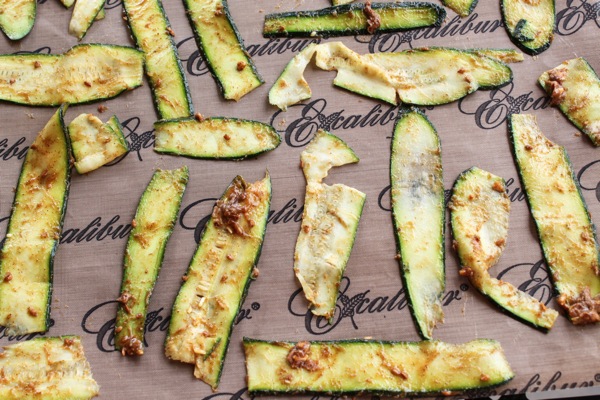 -Try different texture techniques. If you add a lot of flax to a wet mixture, it will often lead to a chewier texture. If you’re using mostly water-dense veggies (corn, zucchini, onion, eggplant), they will become crispy on their own. Bananas can be added to mixtures for more chew (like fruit leathers), and soaked, pureed nuts and seeds will always crunch up nicely in the dehydrator (for chips and flatbreads).

-You can’t mess up. If something doesn’t turn out exactly the way you’d pictured, use it for something else! I’ve made chips before that ended up being wraps for sandwiches, and veggie chips that shriveled up to nothing (like zucchini rounds! I use a long veggie peeler now). Don’t be afraid to play around and experiment!

Here are some great recipes using the dehydrator:

(If you don’t have a dehydrator, no worries —  you can use a cookie sheet in the oven. Just set it on the lowest temp and keep the oven door slightly ajar. It may take a few hours, so just do it during a time that you’ll be home)

Posted in raw, reader's request, something to talk about, today's tip