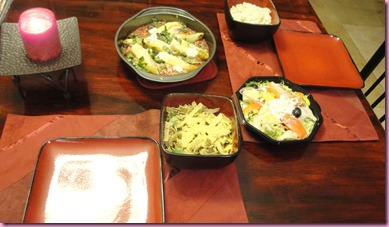 The star of the show was the banana peppers.

I de-seeded those bad johnnies, stuffed them with goat cheese and pan-seared on med-high heat until toasty. 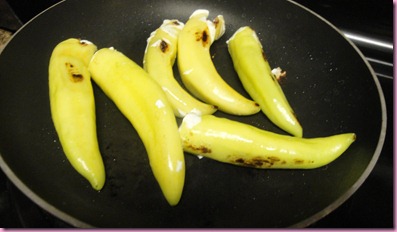 I baked them in a bed of homemade marinara… 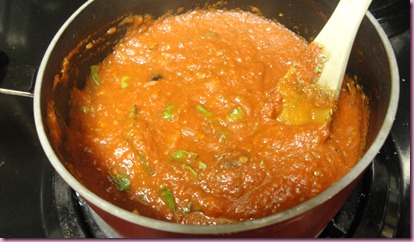 Topped with goat gouda and finished with fresh basil. 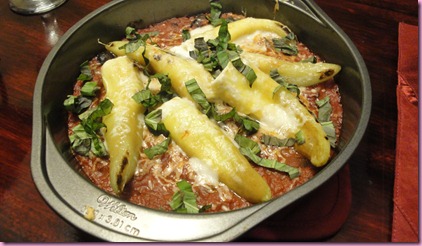 The basically rocked our faces off 😀

In between moaning with foodgasmic ecstasy, I munched some mung bean pasta with spinach, arugula and nutritional yeast 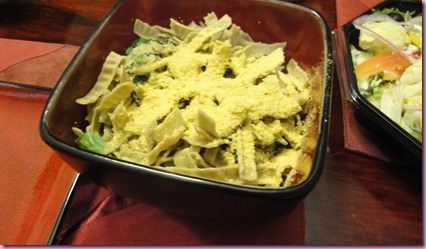 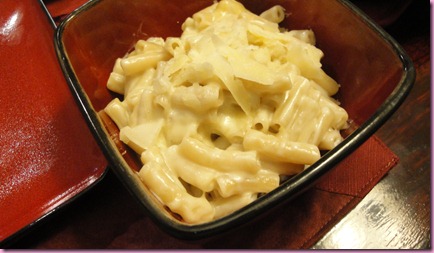 He also had a Greek salad from the Publix deli. 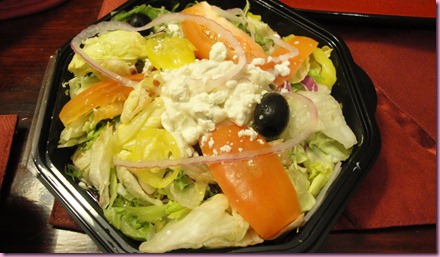 We stopped by Jeni’s to take her some of our giant watermelon, came back to the casa for Next Food Network Star (team Aarti!) and called it a night 🙂

This morning’s bfast was breakfast cookie cereal sans banana. Publix didn’t have any yesterday- the horror! 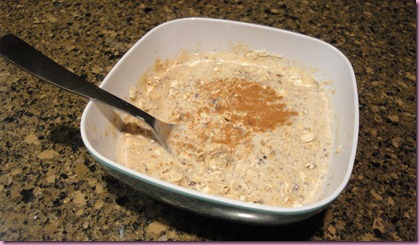 Still not sick of it 😀

Plan for the day:

-Dinner with the girls

Note: I get a ton of emails, and in the past I haven’t been as great as I would like to be at responding to them. This is not on purpose at all and I’m so terribly sorry to those of you who didn’t get a response. Since I’m not home very often, I’ll often read emails on my crackberry and respond to the quick questions instantly and save the longer ones for later. I fell behind and I know that there are beautiful, wonderful emails that I didn’t get the chance to respond to. I have a new system in place –if I open the email, I am COMMITTED to responding right then and there and will not let 48 hrs go without opening and responding to an email- so if you sent me an email in the past and didn’t get a response, please resend it if you’d like. <3 Is there any you’re working to get better at, too??