Hiiiii 🙂 How’s your day going? So excited you liked the almond milk truffle recipe. So glad round two wasn’t a total fail… in fact, most of them are gone. 🙂 Also, don’t forget to check in here with today’s workout to win an amazing prize pack from Sizzlefish!

Yesterday, Livi and I had a date and went to see Paddington. We had almost the entire theater to ourselves, 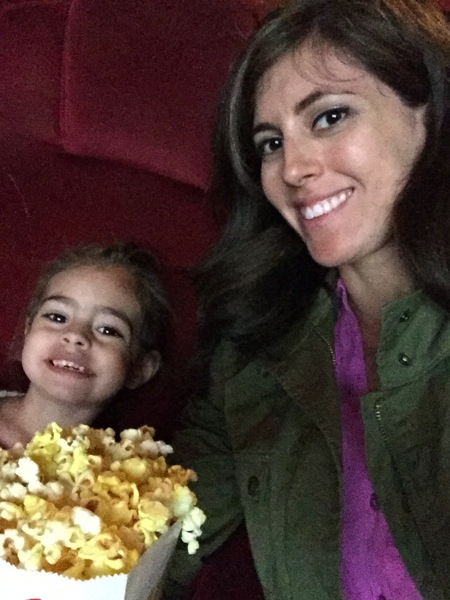 We ended up leaving the movie early -Liv was a little freaked out by the Nicole Kidman villainess- but we still had fun. 🙂

Yesterday was an off day from the gym, and we had Taco Tuesday night here at home. Latest trick to the taco meat: brown it up with bell pepper, onion, salt, pepper, garlic, cumin, and oregano. Before serving, add a splash of Tamari. It was perfect rolled up with corn tortillas, spinach, guacamole, manchego and salsa.

From the title of this post, you may be thinking I’m talking about this kind of bar: 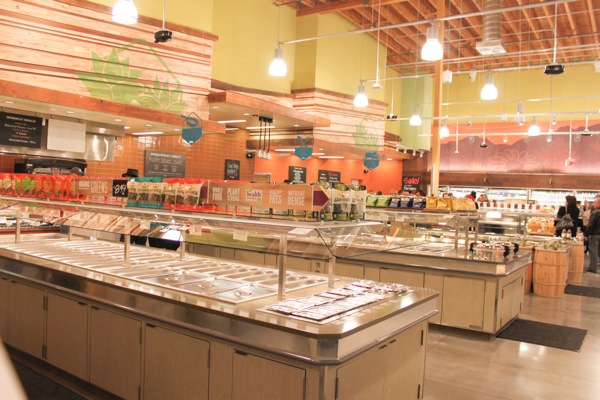 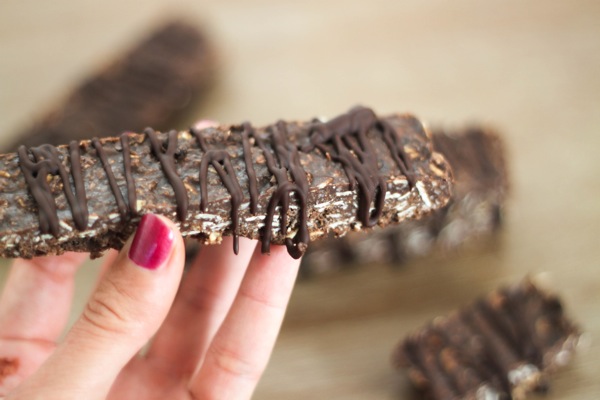 [This was a  photo of the Bar Method studio, but I was asked to remove it.]

I finally took a Bar Method class last week, and I’ve been meaning to write a Focus On post. I think I may need to try another class before I make a full assessment, because as of now, it’s my least favorite barre studio that I’ve tried. (Some of the ones I’ve tried include Pure Barre, Barre3, Core Fusion, Physique57, Barre Body, Dailey Method, Booty Barre, Total Barre, and Studio Barre).The studio was absolutely gorgeous and the woman at the front desk was sweet and wonderful, but I didn’t love the class itself. As far as workouts go, I got a good workout, but I’ve been trying to put my finger on what was “off” about it; I decided that it was a mix of the coaching style and low-energy vibe. It may have been the instructor, so as always, I think it’s beneficial to try a class with more than one instructor to see if a studio is a good fit.

The coaching was almost all in a negative manner, and seemed unnecessarily specific. “Sarah, move your toe in one inch.”  “Mary, lift your arms one inch.” A majority of these didn’t seem to be big enough deal-breakers to me to be constantly calling out participants individually. (I’m not saying this is *right and the only way* but when I’m coaching and notice something one or a few people are doing incorrectly, I’ll make a general statement to the group and usually they will correct it without being called out in front of everyone. If they miss the memo, I’ll walk over and gently adjust them or move the mic away and just talk to them for a second.) Also, I didn’t hear much praise for the people who were rocking it out (and some girls in there were rocking.it.out.) So, while I got a good workout, it’s not on my “must go back now” list. I’m glad I gave it a whirl, though!

Today, I’m excited to spend the morning with my little sidekick and teaching spin later tonight.

Hope you have a great morning. <3

If you take barre, what’s your favorite style or method?? If you aren’t a barre fan, have you tried any new classes or studios lately?

Something to do: Workout #4! This is a mix of strength with cardio blasts. Bonus: you can do it indoors with a pair of dumbbells if you’re snowed in. xo

Posted in just for kicks, review, something to do, workout