Hi friends! How are you? Hope you’re enjoying the week so far. We jumped back in the weekly routine, and made signs on Monday to pick up the Pilot at the airport. He was gone for 3 1/2 weeks (don’t forget that extra 1/2): 4 weekends. We missed him so much, but I also looked forward to spending some solo time with the girls and trying to make an adventure out of it while he was away. We did things like have breakfast for dinner, enjoyed more frequent movie nights, I let them sleep in our bed, and we planned extra events to stay busy and entertained.

While the Pilot was gone:

-The girls and I slept horribly the first week, until I let them fall asleep in our bed. I also slept more soundly knowing my baby chicks were close by.

-We actually had a lot of real dinners! I could easily see myself hopping on the takeout train since it was just the three of us, but there aren’t a ton of takeout places here that we love. So I cooked quite a bit, and while the meals were way more casual than usual, everyone was fed haha. 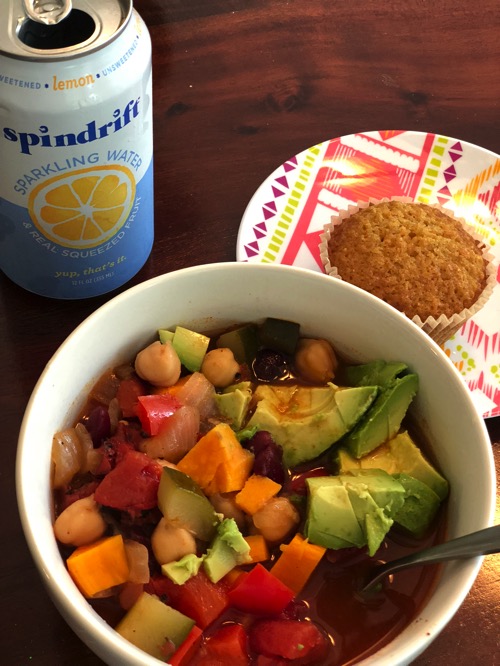 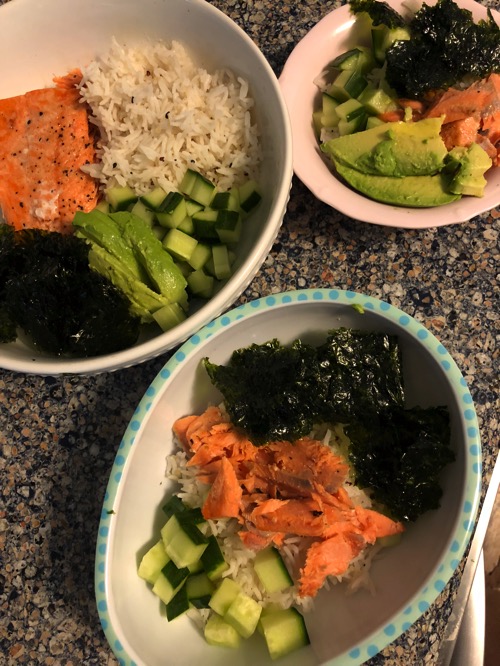 – We took two road trips. I’d been wanting to take the girls back to Disney, and figured that we might as well make the most out of our passes. The 3 1/2 hour drive is pretty fast and the only really tricky part about this trip was navigating rides. Liv likes to go on more intense rides now (like the Barnstormer roller coaster), while miss P is not a fan. I told Liv this would be more of a trip focused on gentle rides, character experiences, and parades. Of course, she was totally cool with that. 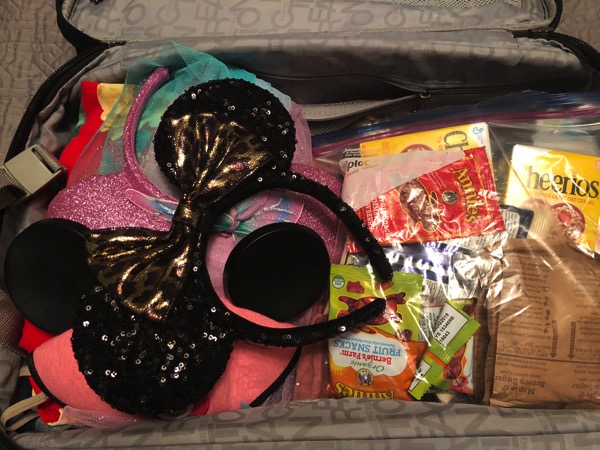 (Snack bag is key! I always have a giant bag of snacks in my suitcase and use it to refill each of the girls snack bags I carry in my backpack during the day. We eat full meals either at the hotel, Disney Springs, or the parks, but these are clutch when the girls get snacky and we’re on the bus or waiting in line.) 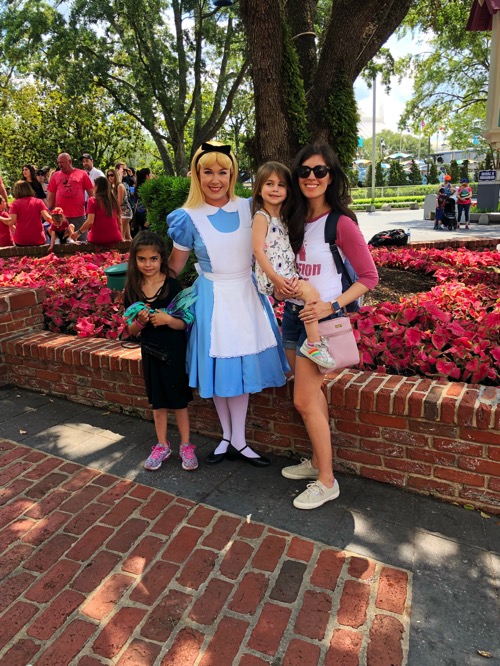 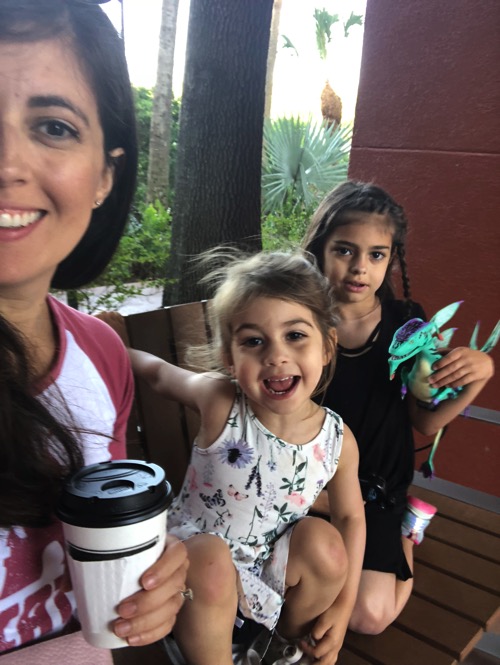 We also had an amazing weekend getaway to Jacksonville to stay at our favorite spot. 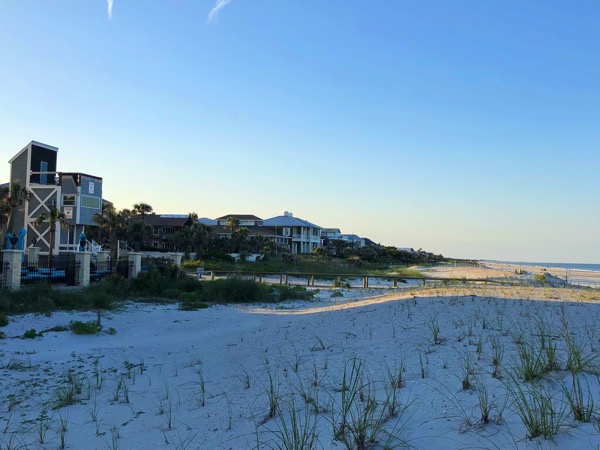 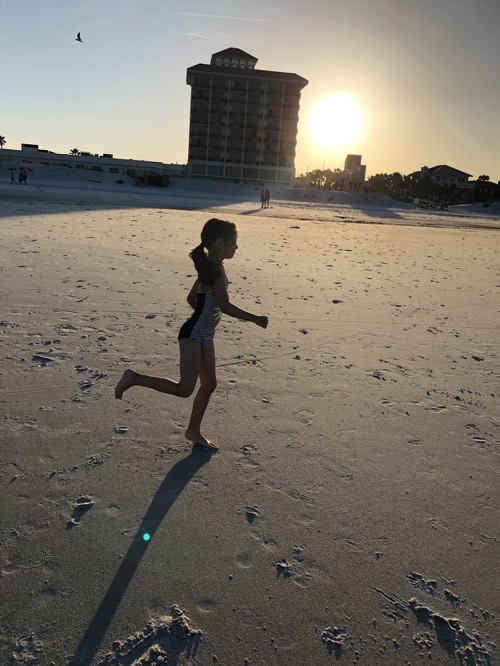 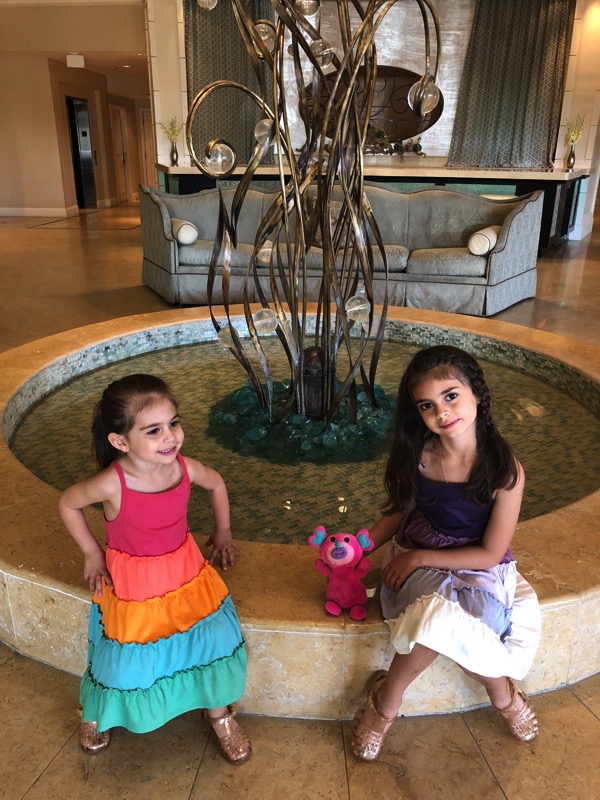 -I launched a project I’ve been working on for the past year! The Fit Guides are rocking and rolling, and it’s a blast connecting with all of the Fit Guide participants in the Facebook group + designing new workouts. We’re going to be including RD-created meal plans (at the same price) in the next couple of months and I’m so thrilled to add it to the plans. Sign up here now if you haven’t already! 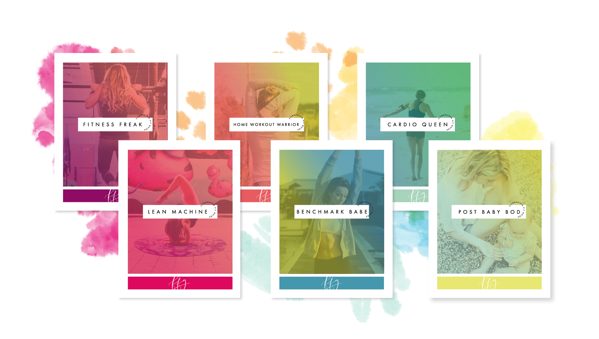 -Livi lost a tooth! She pulled it out herself.. thank goodness because I was a little creeped about having to do it.

On a not-so-fun note:

-I also had one heck of a health scare. I want to start this off by saying I’m ok for now, but continue to hope and pray that this is true in the future, too.

A week before the Pilot left, I found a lump in my left breast. It felt like a hard bean and was enough to alarm me. I immediately made an appointment with my PCP to get it checked out, especially since we’ve had one incidence of breast cancer in our family. He took at look at everything, told me he thought it was probably an inflamed old milk duct from nursing P (especially since my left side did 90% of the work), and that I’d get an ultrasound to be sure. (I asked if I could do an ultrasound instead of mammogram since the thought of getting them smashed after my surgery gave me the creeps.)

Of course I consulted Dr. Google, spiraled into mental doom and gloom, and the day of my ultrasound (the day before the Pilot left), I was literally shaking in the lobby. Thankfully my BFF Betsy was giving me a text message pep talk and called me as soon as it was over.

The ultrasound tech was kind and lovely, and while she was performing the ultrasound, I kept checking the screen to see if anything stood out. I said, “You’re probably not allowed to tell me if you see anything, right?” and she responded,

She’s been a breast ultrasound tech for 30+ years (!) so that gave me some peace of mind.

A couple of days later, I got a letter from the hospital indicating that they didn’t see any definitive markings for cancer, but that they recommended additional screening through mammogram. They said to continue to monitor myself and notify my doctor if anything changed. I thought this meant I was off the hook, and celebrated. (In this case, I had a glass of wine and bought myself an outfit online after the girls were asleep.)

A couple of days later – by this point the Pilot had been gone for a week – I got a phone call from my doctor’s office while P was sleeping on the couch next to me. It was a nurse asking to go over the results of my ultrasound.

“Hi, we got the results of the ultrasound here. Since you have a worrisome mass, we’ll need to get that checked out with an MRI.”

“Wait… a worrisome mass? What do you mean? How big is it? Where is it?”

“Well, the ultrasound doesn’t give a lot of details so that’s why we’re going to request an MRI. Originally they stated mammogram but we have in your chart that you’d prefer not to get one, so an MRI will be a good option. We’ll call you after the referral has been processed to set up your appointment.”

I’m not sure what I said or how the phone call ended, but I literally crumbled after I hung up. Our living room was a juxtaposition of emotions: P slumbering peacefully on the couch, and myself, panicking with fear and sadness.

I sank onto the floor and sobbed harder than I have in years.

These two words kept swirling in my head: worrisome mass.

I felt like I’d been punched in the stomach, and as I watched P sleep, I went through every worst-case scenario in my mind.

I also felt more alone than I’ve felt in a long time.

After I’d calmed myself down a little, I called the Pilot, my mom, and Betsy to let them know what was going on (they said they’d hop on a plane immediately if I needed them to) but in that moment, all I needed was someone, in real life, to tell me it would be ok. And that was something very difficult to go through by myself. I assured my mom, the Pilot, and Betsy that I’d be ok until I got the MRI and that if anything changed, I’d probably call for backup. I didn’t want to tell any of the wives or any of my local friends about it because it felt really personal.. and really scary. I kind of didn’t want to talk about it.

I ended up calling the doctor’s office a couple of times trying to get answers (why did I get that letter from the hospital if everything wasn’t ok? What did the ultrasound show? How big did it look? What were treatment options if it ended up being something?), and while the nurses were kind and took their time speaking to me, I didn’t get a lot of substantial information. The promised me it was likely nothing, but it’s better to get things checked out to be sure. [In the end, I found out that my PCP was the one who called it a worrisome mass because I, the patient, was worried about it, but the ultrasound didn’t show anything abnormal, which is why I got the “good news” letter from the hospital. In a nutshell, the first nurse who called me didn’t exactly read the chart correctly.]

So, I continued to go through the motions of life, trying to enjoy time with the girls and savoring every second with them (even when they bickered and refused to sleep), meeting up with friends here in town, and teaching classes… and then crying pretty much every night. It was a hard couple of weeks. By the third week, I felt pretty numb to the whole thing, but there was an underlying cloud of worry in my day. I had just gotten used to it at this point.

I went in for my MRI appointment last week (which was just a bundle of fun), and got the results back yesterday. It looks like “excess glandular tissue,” so now I have to get a biopsy to make sure it’s benign. I’m pretty freaked out by the whole thing, but my doctor seems confident that it will be fine. He just wants everyone to have peace of mind and know for sure what it is, which I genuinely appreciate.

This is going to be hard for me to write about articulately because I still feel like I’m in a shaky blur, but this whole thing was kind of like a reality check I didn’t know I needed. I stopped, listened, watched, absorbed, and was more present. I usually wake up so thankful for every single day, but I found myself mentally making gratitude checks for everything, all day. It was only thing that kept me from turning into a crying mess. I was able to mom, chore, work, socialize, and do all the things I needed to do, even though on the inside I was paralyzed with fear. When I would start to worry, the girls would say or do something funny, or surprise me with a hug or reach up to hold my hand. Gratitude, and our sweet babies, kept me from falling apart.

At the end of each long day, I’d pour a mug of tea and call the Pilot, my mom, or Betsy, who were always there to talk me off the edge and help me maintain perspective. I’m still afraid and worried, but am trying to maintain a positive mindset over the next couple of weeks.

Please know I’m thankful for all of YOU. Thank you so much for reading and being here now, and also while I was wrangling the girls on my own + dealing with this craziness.

So, there ya go. I’m going to say here’s hoping the next few months are uneventful. <3