Hey everyone!! Hope you’ve had a wonderful day 😀 This day has turned around COMPLETELY- thanks for all of the good vibes! The pilot is doing well, Bella is 100% and has been feasting on dog food all day, Viesa is still lounging around looking like a supermodel and all is right in the world 😉 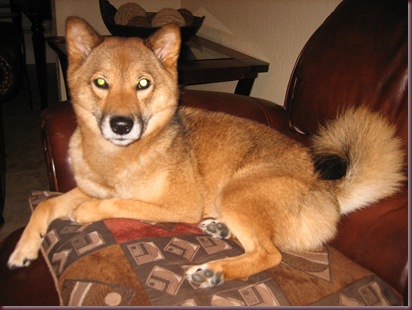 This afternoon, I really wanted an egg so I microwaved two egg whites and topped the fluffer with red chili flakes, sea salt and pepper. 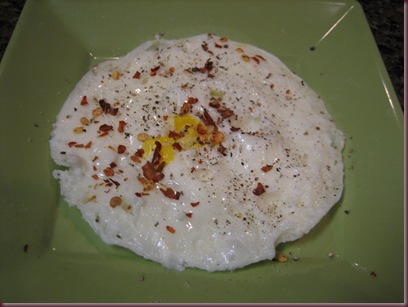 I also packed up a snack to have after Pilates and Zumba to munch on the way back to the other gym. 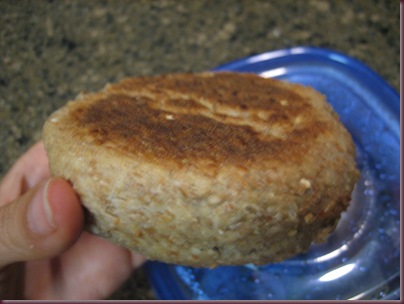 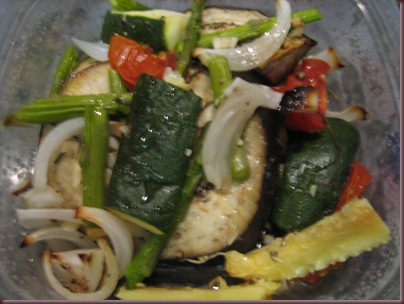 And a coconut water for delicious electrolyte replacement: 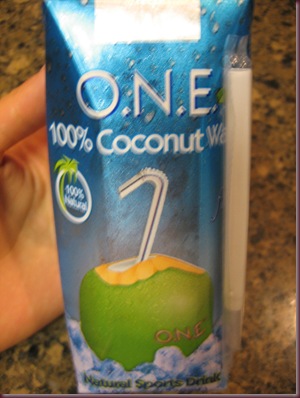 Before leaving for the gym, I made a sludge using hemp milk, Vega smoothie infusion, almond butter, sea salt, cinnamon, vanilla extract and Stevia. I also thought it would be a good idea to throw some raw cacao nibs in there.. I was horribly mistaken. I’m a huge chocolate lover and they just tasted crunchy and weird. Maybe it’s an acquired taste?? 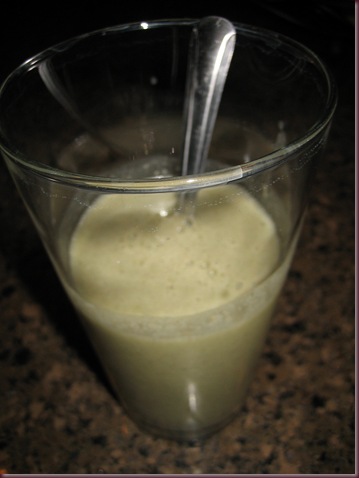 Pilates class was beautiful ( I LOVE taking classes!) and Zumba was a blasty- we packed the house!!! An awesome Zumba sesh always makes my day a little brighter 😀 So instead of two hours of classes today, I did three (spin, Pilates and Zumba)– I just really, really love working out. It feels like HEAVEN (especially on days that haven’t gone my way.. like today) and for longer workout days I just make sure to properly fuel myself and stretch throughout the day.

I went back to the other gym after Zumba to train a client and munched my packed food along the way. After the training sesh, I was still snacky, so as I was picking up a burrito for the pilot at Moe’s, I got a salad for myself.

I told the guy I wouldn’t be able to eat one of the huge salads (I was just snacky, not starving) so he kindly made me a smaller one. 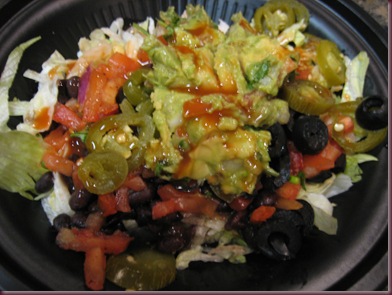 The salad was the perfect size, but oh wee was it salty!!! It’s crazy how you can taste such a flavor difference after making so many meals at home (particularly salads!). I hope my wedding ring fits tomorrow… I may be slightly bloated haha 😉

Shelby made my Raw Slobby Joes!!! Mmmmm 😀 Might be making some of those bad boys tomorrow!

Now I’m watching 13 Going on 30 and about to catch up on your lovely bloggies.

Have a great night <3

When the can bites, when the wasp stings → ← Stevia fairy and how to pick a good trainer