Hey everyone! How’s your night goin?? Things are bueno over here but that’s just because I am no longer stinky –I felt fancy and showered- and am finally in jammies after the Monday insanity.

For lunch today, I was meandering through my friend Gena’s blog and discovered that she posted a recipe that I had all of the ingredients on hand for: Raw peanut noodles. I knew I had to try it 🙂

The only kicker is that I scaled the recipe way down, nixed the olive oil, used a splash of the sesame oil, and added in a tbs of almond butter. 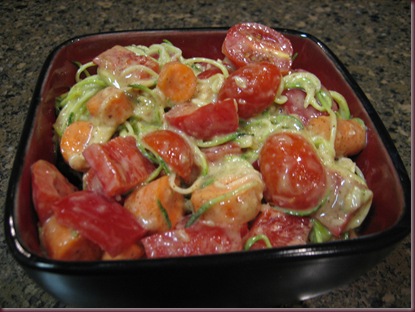 The zucchini noodles were perfectly coated in the delicious sauce and I added chopped carrots, grape tomatoes and diced red bell pepper.

It was beautiful. Thanks for the scrumptious recipe, Gena 😀 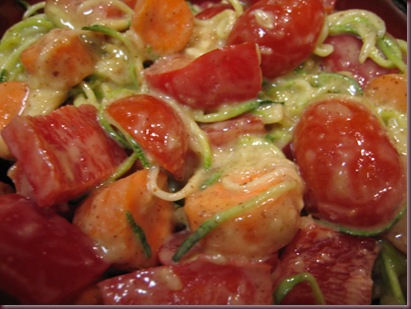 Did some stuff around the casa, trained a client and then came home to grab a mango before going to the base gym to teach. 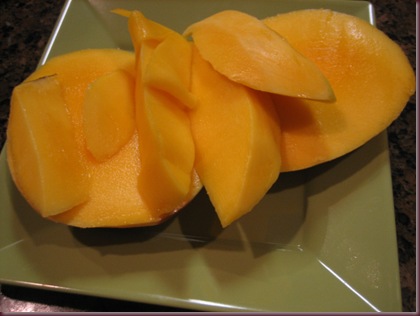 I’ve gotten quite a few questions about how I cut my mangoes to get so much meat. I used a vegetable peeler to get the skin off and then hold it upright and slice next to the pit. Then I do the other side and each side, as close to the pit as I can get. Whatever I’m not able to cut off, I munch before throwing said pit into the trash 😉

Spin and Zumba were a BLASTY (packed house! looooove it), and I ate a little Ekekiel tortilla with some Amy’s frijoles smeared on there and some greens. 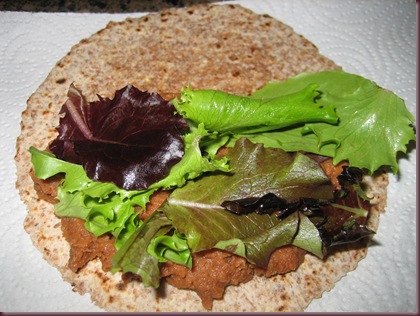 The last training appointment of the night was my funny quotes lady, who didn’t have anything too comical today, but a GREAT SUCCESS (in Borat voice) story. She’s gone down 2 pants sizes and 2 shirt sizes since we started working out. AMAZING! I’m so so so proud of her and the fact that she said that was all the motivation she needed to keep going, and thanked me repeatedly, made my night. Sometimes I find myself thinking about the corporate ladder I could be climbing, but its moments like that which turn my entire perspective around.

Tonight, I tried a new type of carb/energy replacement in between teaching spin and Zumba: 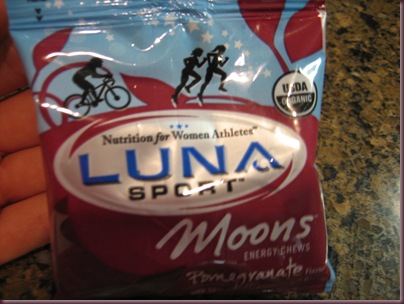 I bought these a while ago in Orlando, tried them on a run and found them wayyyy too sticky to eat while I was running. I’m out of my favorite Honey Stingers, so I took a pack of the Luna Moons to see how they would do in between aerobics classes. They were still SUPER sticky, but I think the Pomegranate flavor is pleasant and it was much easier to eat these while I had a couple of minutes instead of while I was running. The best part is that I didn’t feel too full or sick while I was teaching my second class (which is a bonus because some of the energy/carb gels/gummies make me ill) and I’ll definitely be using these until I buy another 12 pack of my beloved stingers.

Endurance athletes out there: what’s your carb/energy replacement of choice??

Well I’m off to read your lovely blogs and then call it a night.

Kickboxing with Jeni in the morning 😀