Can we just take a moment here? 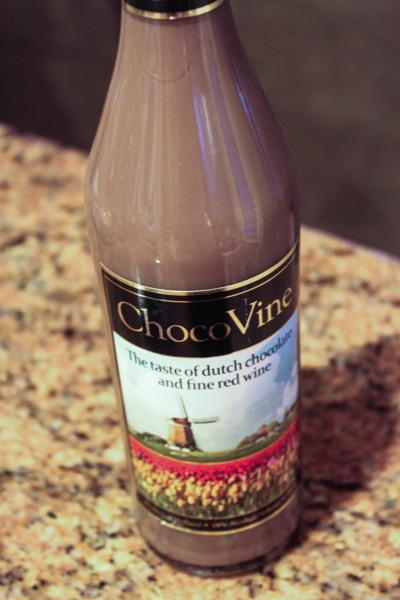 Two of my favorite things EVER (chocolate and vino) had a lovechild. And it is a delicious lovechild.

To be honest, it was a little on the sweet side, but it didn’t stop me from having a hefty glass with the fam. Think of it like wine Bailey’s. A very, very good thing, indeed. 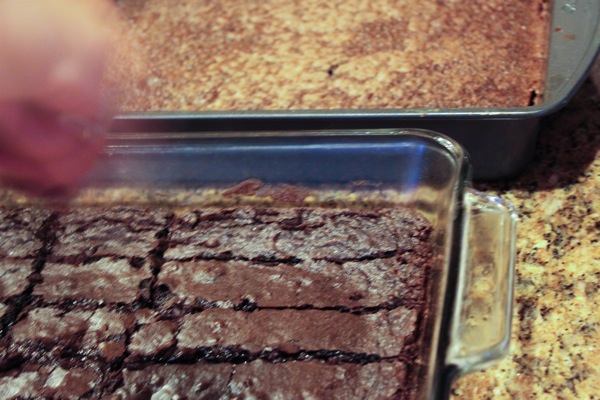 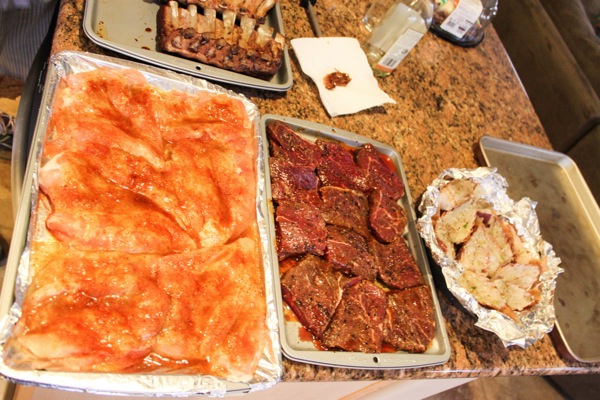 Kyle and Uncle E took over the kitchen again, and it was ridiculously amazing, as expected. 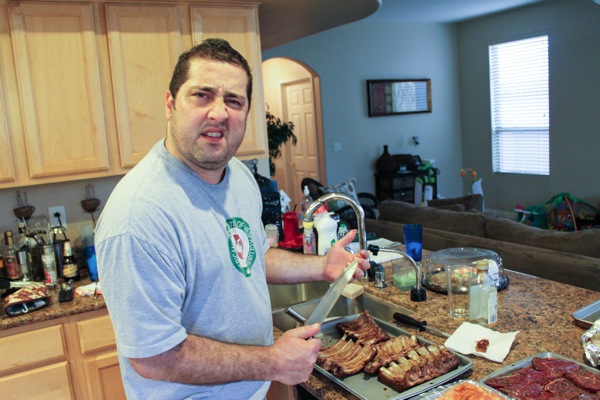 The entire time he’s cooking, he’s throwing out tips for Kyle and myself. “Hey Gina, come over here and see this” and then goes on to tell me something that makes my brain explode with a giant nugget of culinary knowledge.

Kyle and Uncle made his famous ribs (marinated overnight, roasted then grilled), 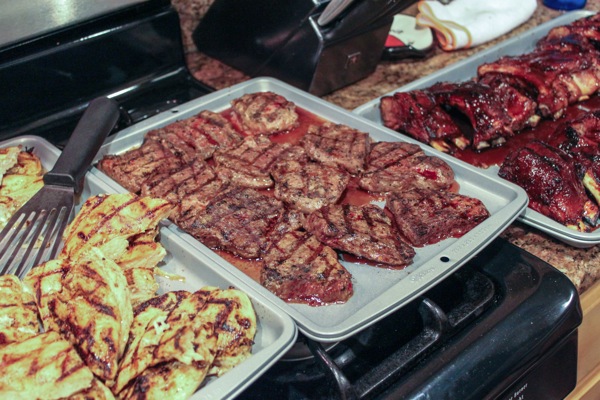 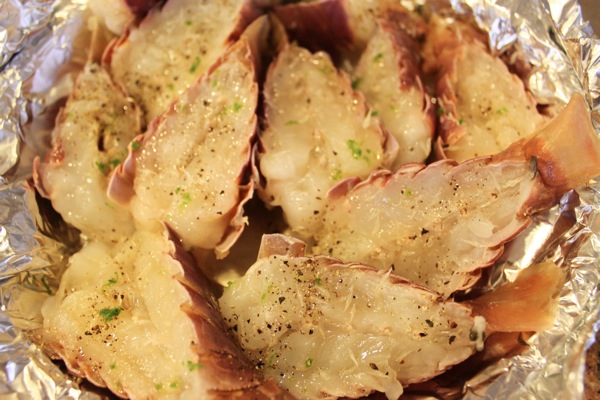 sweet potatoes and broccoli. No words. 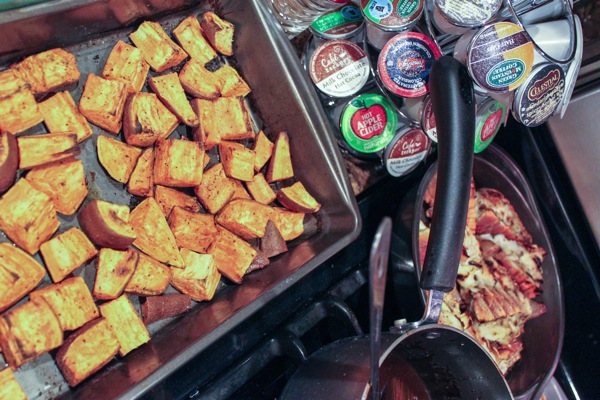 Once again, the entire fam came over, so the house was full, and some of us ate outside on the patio. Best ever.

Before dinner was an awesome 4-miler with the Pilot and my aunt. My aunt is a fellow fitness instructor (she also runs marathons) and the Pilot is the kinda guy who might not run for a while, and then bust out higher mileage like it’s nothing. He works a ton, so if he doesn’t get a chance to hit the gym for a while, he still maxes out his PT tests. It astounds me. Anyway, I’m very lucky to have people join me for my training runs- conversation makes it fly by.

We hit up Sabino Canyon, and it’s funny because I’m always DYING on the way up, feel great coming back, and then *almost* like I could do it all over again afterwards. The first half is what kills me. Yesterday, I had to push myself for the first half and then coming back was NBD. I definitely attribute 99% of that to the conversation -we talked the entire time- and the gorgeous weather (it had just rained and was cool and cloudy) and the last little bit to the fact that I had a great lunch about an hour and a half before we left.

Pre-workout fuel can be a tricky decision. I want it to be energizing but not too heavy, and make sure it’s type of food my body will be able to best utilize for a good workout. It also depends on whether I’m doing cardio or strength (or both), if I’m hungry, what time it is, and if we’ll be eating another meal (like dinner) sometime soon. When I first started teaching and taking classes in the evenings, I wanted to have a good snack before my workout and also enjoy dinner with the Pilot when it was over.

From what I’ve researched and my own personal experience, here are some of my tips for pre-workout fuel:
1) Aim for mostly carbs, a little protein and a little (if any) fat. When I eat too much fat before a workout, I feel it, and it doesn’t digest very well. Your body will burn carbs first during a workout- chances are that they won’t be the carbs you just consumed. Usually it’s tempting to just load up on protein before and after a workout, but I go for mostly carbs beforehand, mostly protein after to assist in muscle-building and recovery. This site has examples of how to calculate the optimal amount of carbs and protein before each type of workout (cardio or strength), but I say don’t try to turn it into a science experiment. Just think “mostly carbs, moderate protein” before your workout, and switch it for afterwards.
2) Try to eat earlier (about an hour before your sweat sesh). You want to give your body time to digest your food before you shake it up again, so if you are working out super early in the morning and aren’t hungry, you don’t have to force it. I’d have maybe half a banana or some fruit and eat the rest of my breakfast afterwards. If you’re going to work out during your lunch break, have something small (like some fruit and meat or cheese) about an hour before, and eat your lunch afterwards.
3) Before a fitness event (like a race, teaching a class, anything that depends on your performance), stick with what you know. Eat something you’re used to in order to avoid a stomachache. 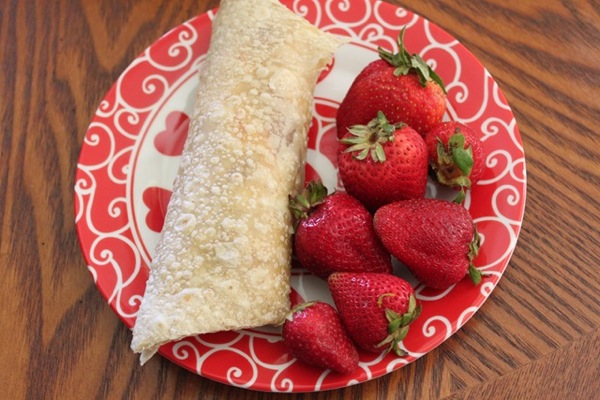 Some pre-workout snack ideas:
-Lowfat yogurt with cereal and fruit mixed in
-1 egg + 2 egg whites, brown rice or whole wheat tortilla
-Two pieces of bread with mustard, lettuce and protein (chicken beast or tempeh)
-Hummus, veggies and crackers
-1/2 C brown rice with veggies and shrimp
-Small breakfast cookie
-Small smoothie with protein powder, fruit, lowfat milk (or almond milk) and uncooked oatmeal
What is your favorite pre-workout snack or meal? When do you usually workout? Does it vary, or is it at the same time each day? On the days that I don’t go to work, I’ll usually workout late at night, an hour or so after dinner. When I teach during the day, I’ll have a light lunch an hour or so before, and fuel up with protein afterwards.
Have a great Monday!
See ya later.
xoxo
Gina

Posted in dessert, Dinner, something to talk about, tucson