Today was a dreary day in Valdizzy: 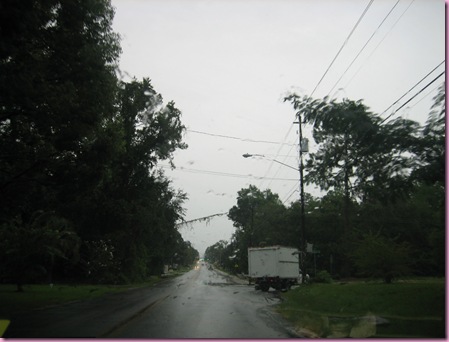 But has actually turned into a fantastic day so far! Whew! Such a relief after the hellacious 72 hours I’ve been through wrangling fighting puppies.

I had the best kind of sludge.. because it was PINK! 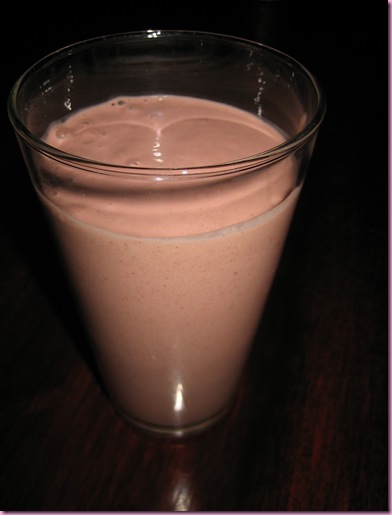 It was a almond butter and jelly sludge!

While it was totally scrumptious, it just didn’t hold me over. 20 minutes after eating it, I was still hungry so I grabbed an Ezekiel with a little organic butter and cinnamon. 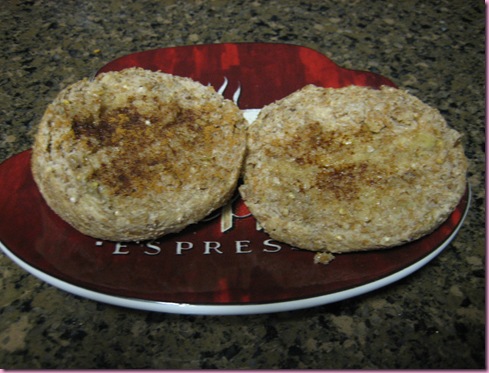 Muuuuuch better. It was a pretty hefty bfast for me, but what can I say, I was hungry so I ate 😀

After that, I decided to run some errands and saw this funny creepy crawler while I was getting in the car: 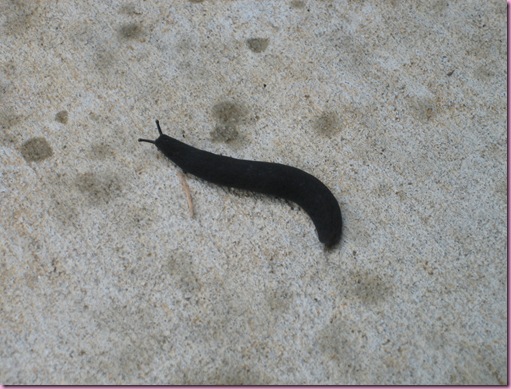 What are you, little thing??? It was rainy, so I’m thinking it was some sort of snail/slug creature but I have no idea.

I hit up Targizzle to get a sound machine because I haven’t been able to sleep to save my life lately. The pilot sleeps in our room with Viesa and I sleep in a guest room with Bella. I like having a TV in there –no TVs in our bedroom- but in our room we have an alarm clock that plays sounds throughout the night (like rainforest, waterfall, ocean, rain, etc). I bought it when the pilot was deployed last time, and now I’m pretty sure I can’t sleep without it.

So today, I bought a smaller and less expensive one to have in the guest room with me and to take to school. 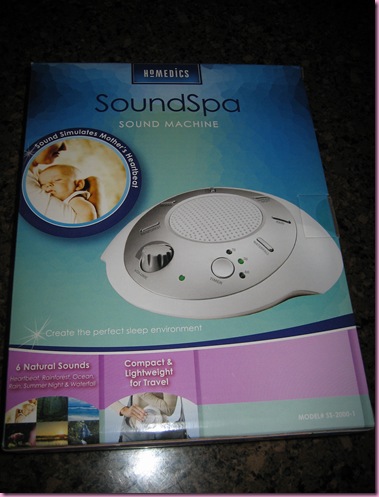 Hopefully it’ll do the trick! I can’t sleep in total silence.

I stopped to get this: 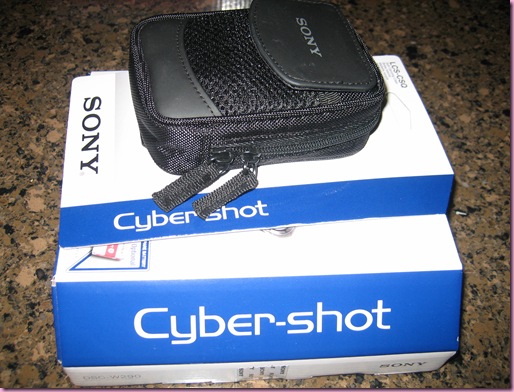 My camera came in, so I picked it up at Best Bizzle. A Sony Cybershot 12.1 Megapixel Camera and a heinous camera case since the cute ones wouldn’t fit it.

I really, really, REALLY had my heart set on the pink camera, but this one isn’t offered in pink and it’s a much better camera than the pink one :/ The pilot said it was my choice, but I picked the silver one. I felt like such a grown-up picking an electronic based on what it does rather than the color choices 😉

The silver’s pretty classy though: 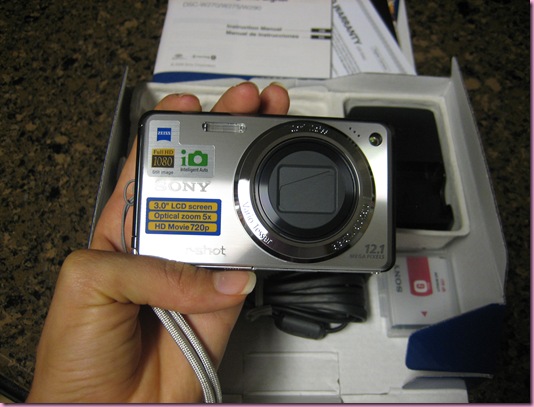 Welcome to the bloggy family, little camera. I see crystal clear pics in the near future 😀

After I got the camera, my friend Ash called (who’s an esthetician and I love to go see her for massages and facials) and told me the spa was dead and asked if I wanted to come in and get a facial. Ummm, is the pope Catholic? OF COURSE I wanted a facial 😀 So I got an hour long beautiful facial and lifting/firming mask and chat sesh with Ashley. It was pretty much the best thing ever and much needed after this week’s insanity. Like I said, today has been pretty bueno.

I’m off to make some lonchi and then clean the casa before hitting up the gym.

Hope you all have a great day!

Making plans and Indian feast → ← Swim in the buttah pool