Hey everyone! Thanks so much for the sweet comments on the Summer Shape Up re-cap – congats again to the winners and participants! *****I’ve gotten a few comments/emails asking if I would put all of the workouts into one post so they’re easier to find—I’ll be working on that for ya this week 😀

Since I didn’t post last night, here’s a re-cap of some of the eats: 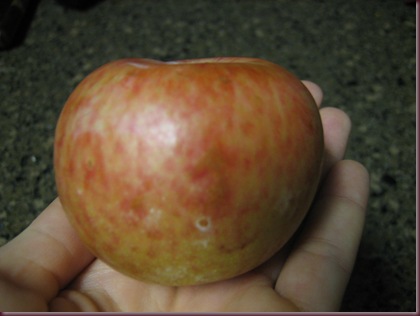 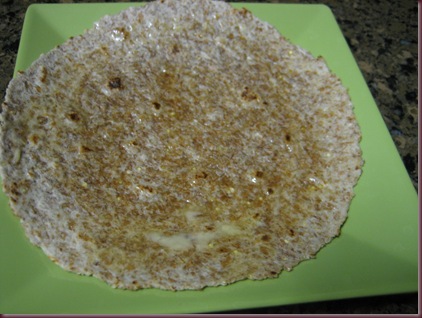 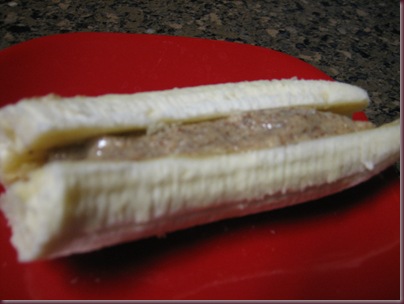 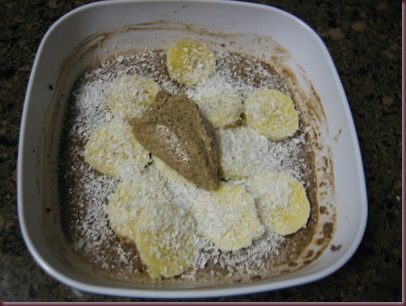 I munched it while we watched Defiance… quite a disturbing movie. Very sad and traumatic yet uplifting at the end :/ 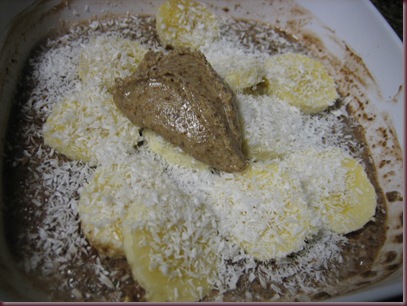 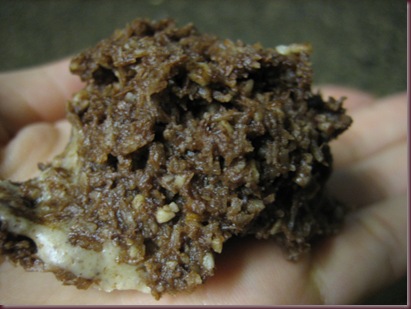 (Are you sick of seeing these yet?? Haha)

I went with some friends to Longhorn, Marble Slab and the movies last night. At Longhorn, I got the usual shrimp and double veggies, a kid’s size double chocolate ice cream and we saw The Ugly Truth which was HIGHlarious. I guess it got bad reviews, but we all loved it. And Gerard Butler is super hot 😉

As far as the ice cream goes, even though I’m a huge chocolate fan, I wasn’t too crazy about it. Last time I got it, I really enjoyed it but this time I was just “meh”. Of course, I ate it because all of the other girls were eating ice cream, but I didn’t really want it. Does that ever happen to you guys?

This morning I had a lovely sludge before walking the puppers: 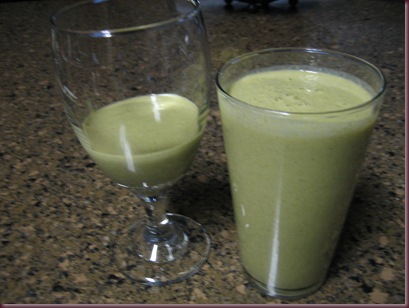 And a little kiwi: 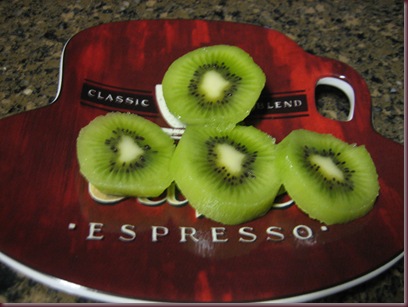 I walked the puppers for about a half hour, leaving them tuckered out and well-behaved.

They alternated sleeping in one of the dog beds: 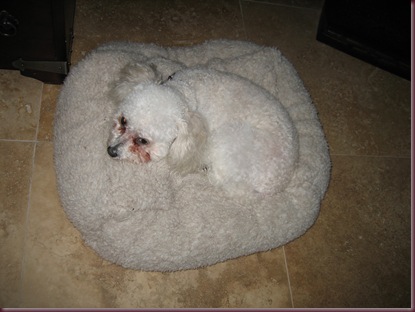 Which is way to small for Viesa, but she is not aware of her size: 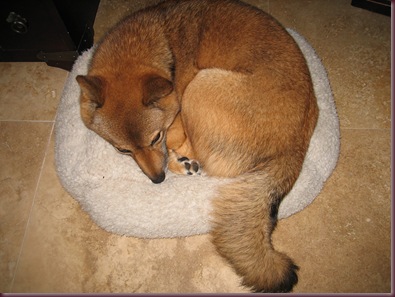 (For those of you that have asked, Viesa is a Shiba Inu. She’s a Japanese dog and is very independent, intelligent and knows she is the supermodel of the family)

I also worked on a playlist for my spin classes:

I’m about to get ready to train a client, weigh and pinch my Shape Up group with the calipers, teach spin, teach Zumba, back to the other gym to train one more client and then having a cookie-making party with Megan 😀

Hope you’re all having a wonderful day! I’ll see ya tonight with a delicious lunch, slow cooker recipe and some thoughts on food combining.

Exciting news! The pilot agreed to run a 5k with me at the end of August! I don’t know if I’ve told you this before, but back in the day the pilot was a hardcore runner. He’s ran a few full marathons (one with no training at all and the other with a 40lb bag of sand on his back.. I told ya he was crazy!) but he doesn’t do much cardio anymore. I’ve been begging him to do a little cardio for his heart (since he has a freakish metabolism and doesn’t need it to maintain his weight) but he much prefers to pump iron. I’m way stoked that he’s going to do a race with me!

Do you work out with your sig. other or are your workout routines totally different/separate? The pilot and I will do abs together, but other than that we’re usually on our own