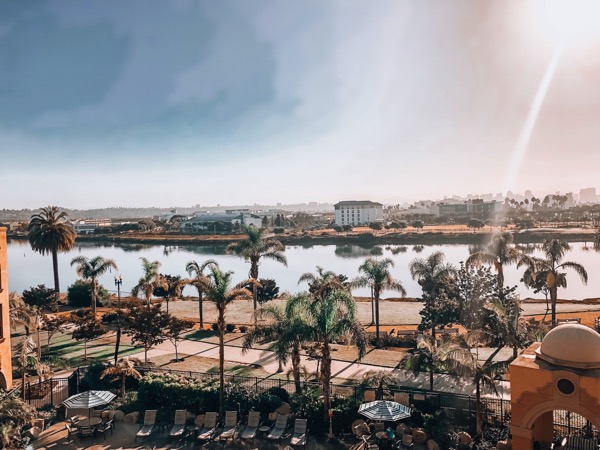 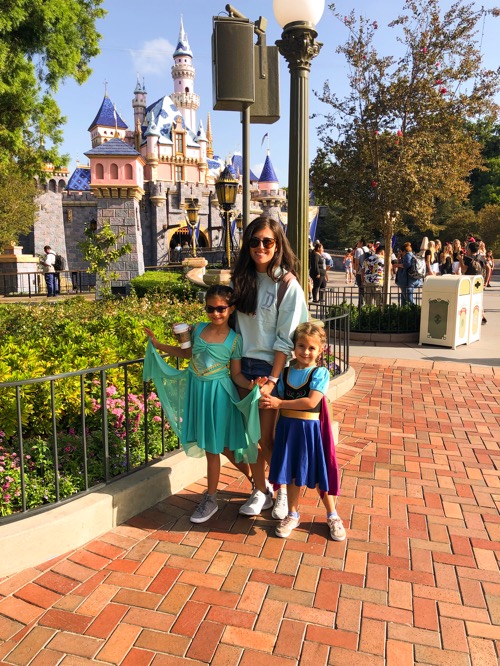 Hi friends! Happy Monday! How was the weekend? I hope you had a great one!

We’re back from a quick fall break trip to San Diego and Anaheim. A couple of months ago, I remembered that the girls had days off school, so I booked some plane tickets with Southwest miles for a little getaway. It was a special treat that the Pilot was able to join us for a night. It’s crazy because he can hop on any flight (just has to reserve a spot through an app!) and even though it’s standby basis, if you choose flights wisely, it works out. He had to leave early Thursday morning for his own flights, but we were so happy to spend a night at the beach with him!

Thursday morning, the girls and I grabbed breakfast at Better Buzz and hit the road to Anaheim. It’s such a quick and easy drive from San Diego, and it’s a fun way to split up the trip. We checked into the hotel and hit up the parks for the rest of the day before grabbing dinner at Downtown Disney. 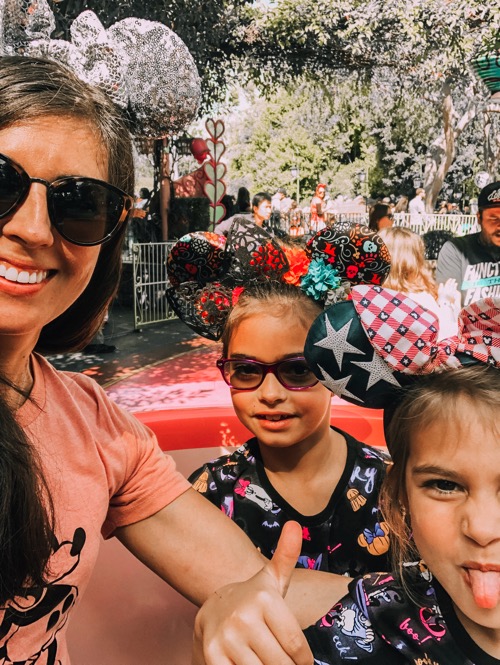 While we were in Tucson getting ready for our trip, Liv started talking about all of the crazy rides she wanted to go on. I knew she would be fine if we had to do more low-key rides with P – we’ve done it before at Disney World when it was just the 3 of us – but I kind of wished I had another adult that could swap out with me if only one kid wanted to do something. On a whim, I texted our San Diego babysitter to see if she’d be down for a Disney trip with us. She immediately texted back and said she was in! It was SO perfect!! She’s like a part of our family – we all cried when we left San Diego because she’d been helping us with the girls for two years – and she visited us for a couple of weeks when we were in Georgia. It was so awesome to hang out with her again and the girls were PUMPED. 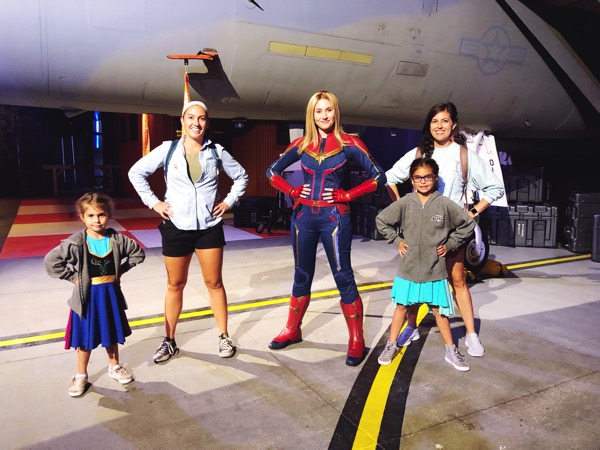 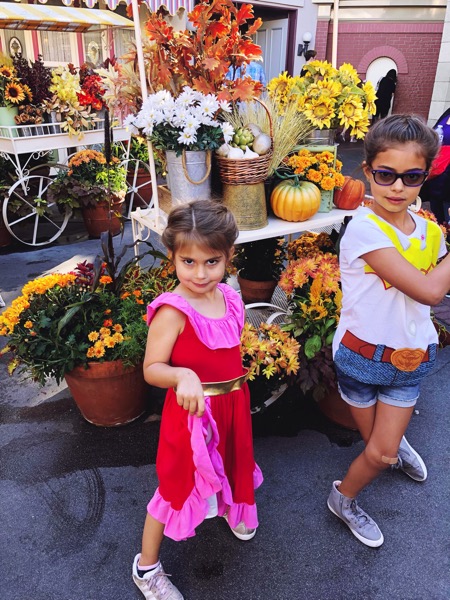 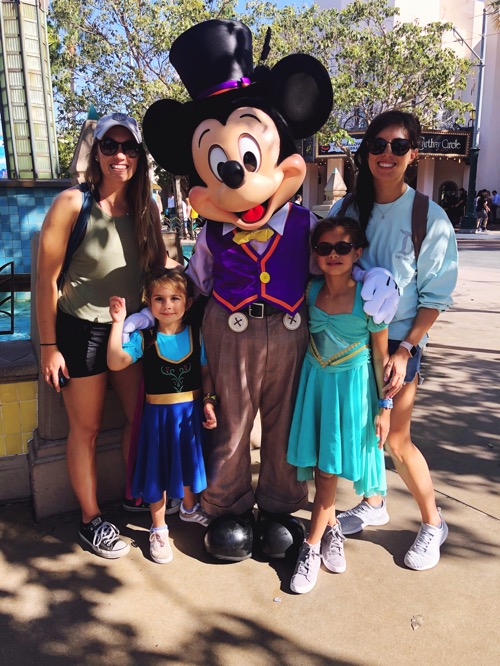 (The girls’ Anna, Jasmine, and Elena dresses are all from this site, Placard Originals. She makes the most gorgeous play-quality princess dresses! The only kicker is that you have to be online right when each one launches because they sell out immediately.) 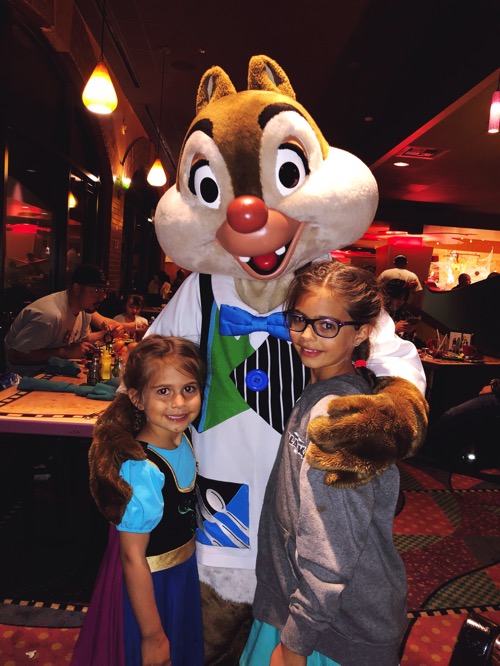 Liv ended up not being in a “crazy ride” kinda mood while we were there, but P, the little daredevil, wanted to ride everything she was tall enough to go on. (And she’s super tall for her age haha.) Ari and I switched off taking the girls on the rides they wanted to ride, rode all of the rides we could do together, and also got fast passes for the rides we wanted to go on! We each got to do Splash Mountain and Indiana Jones by ourselves and Ari did the Guardians of the Galaxy ride. (Note for fast passes: don’t get fast passes for everyone in your party if only one kid wants to ride the ride! You can do a “rider swap” where one adult takes the kid, and the other stays with another child, and then you swap out. You can read about how to hack this here along with my tips for Disney World with two small kids.) In between rides, character greetings, and shows, we ate all the delicious Disney food (dinner at Goofy’s Kitchen has become one of our faves), had the best Micheladas at California Adventure, and shopped a bit. 🙂 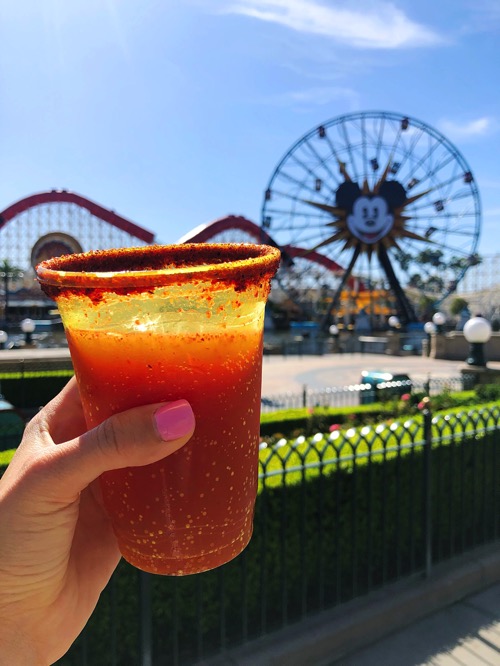 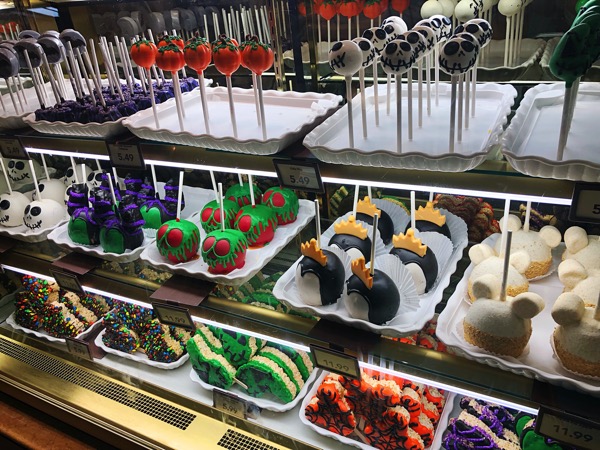 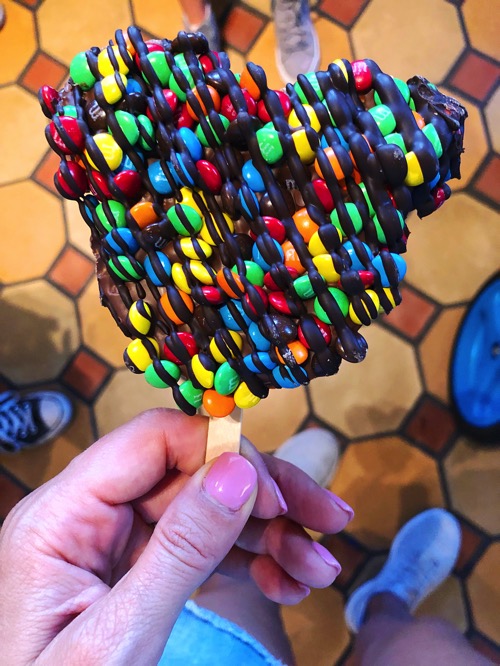 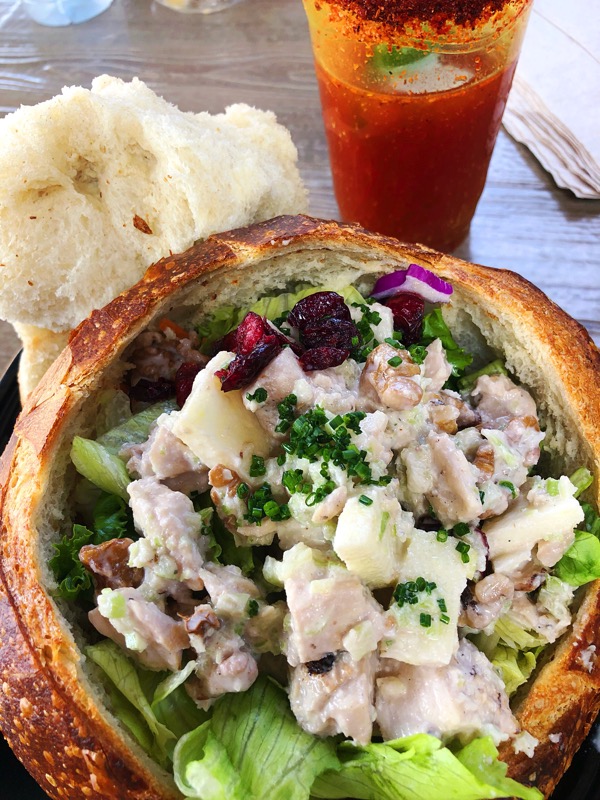 (Worth noting that we didn’t stay at our usual spot, the Hilton Anaheim, because it was booked way in advance. I used Hotwire’s Hot Rate, which is code for, “Tricked ya, MOFOS!” 10/10 would not recommend. It doesn’t let you see the hotel in advance, and it’s non-refundable. The website claimed it would be similar to a Hilton or Intercontinental and the Anaheim Hotel is….not. It smelled like the entire property had swam in an ocean of Febreeze and all of the rooms were outdoor. It ended up not being a huge deal because when you’re at Disney, you just go to the hotel to sleep, but definitely will not trust the Hot Rate thing again.)

We drove back to San Diego, dropped off Ari, checked into our third hotel of the trip (Courtyard Marriott in Liberty Station and it felt like a Four Seasons after our Anaheim experience lol), and then met Betsy and her fam for pizza at Venetian. We chatted it up over some wine and amazing Mediterranean salads while the kiddos ate pizza, and we followed it up with ice cream at Baskin Robbins. The girls and I headed back to the hotel and called it a night! They ended up sleeping until 8am almost every day of the trip and it.was.glorious. I’m sure school wakeup this morning will be a little rough.

The next morning, the girls and I had breakfast buffet at the hotel, then went to some of our favorite spots. I got in a workout at Point Loma Sports Club aka the best gym ever. This is one of the spots where I taught in SD, and they have a gorgeous facility, brand-new equipment (everything you could want!!) and the kindest people. I haven’t felt a gym that’s given me the same vibe since we’ve been back in Tucson (except maybe the base gym and it’s pretty far from our house) and I think it’s a big reason why I haven’t been lifting very many weights on my own lately. It felt good to walk in and feel so motivated! Here’s what I did: 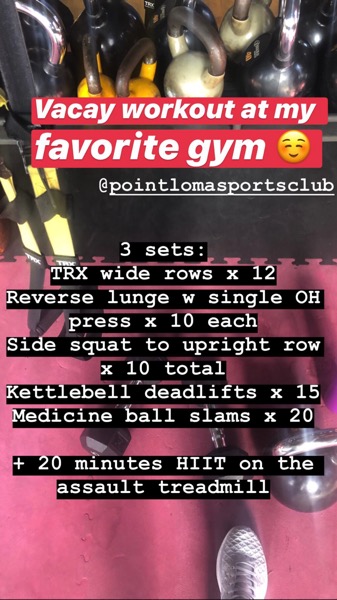 After my workout, we played at the park in Liberty Station for about an hour, then one more stop at Better Buzz before heading to the airport. 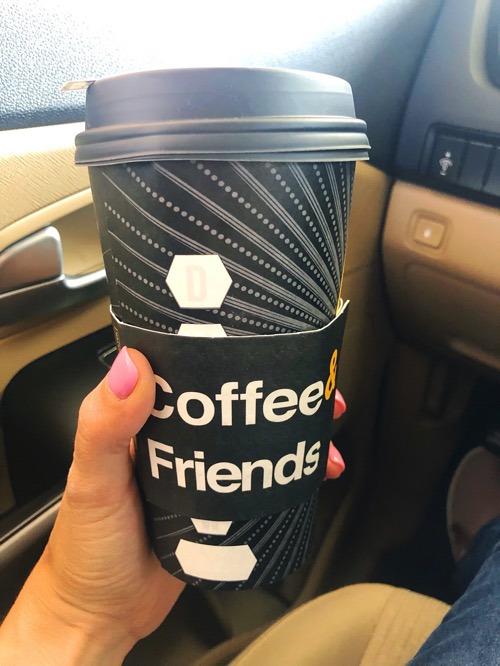 While we were in San Diego, I got quite a few DMs asking me if we were planning on moving back. The Pilot and I talk about it a LOT and each time we go back, it feels like we live there again. For now, it’s so nice being in Tucson, especially since we’re close to family (!!) but in a few years, we might consider heading back that way. If anything, it will continue to be a frequent vacation spot. We just love it too much. 🙂

This morning, it’s back to the swing of things over here! I’m jumping right back in: two drafts due today, a conference call, lots of behind-the scenes blog work that went untouched all weekend, and party planning for the Pilot and P.

I hope you have a happy Monday and I’ll see ya soon! Thanks for stopping by the blog today.

Friday Faves → ← What it’s like being a Beautycounter consultant (and is it worth it?)