Have you tried this stuff before? 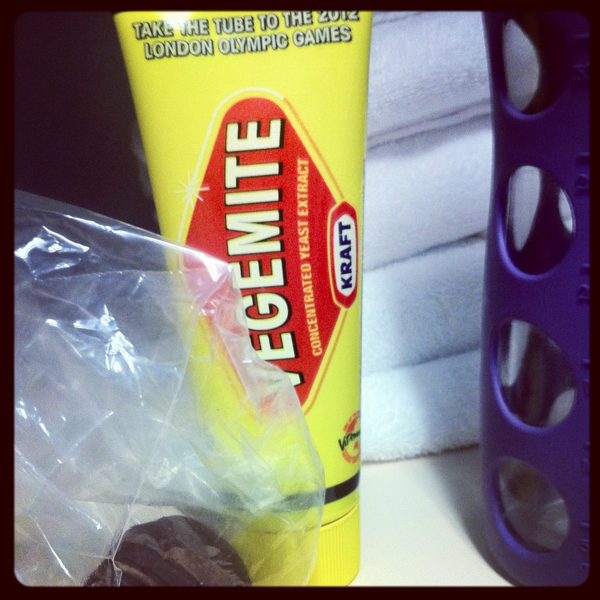 Vegemite! It’s huge in Australia, and I’ve become good friends with a girl who is staying in Tucson from Australia for a while. Yesterday, I asked her if she liked Vegemite, and she said, “I have tubes of it in my room! I’ll bring you one.” Today we had a Vegemite tasting party. I put a little on my finger and had it the proper way when I came home: a thin layer on toast with lots of butter. It was gloriously salty.

I also had a very special mug of cereal- the kind that magically refills itself. 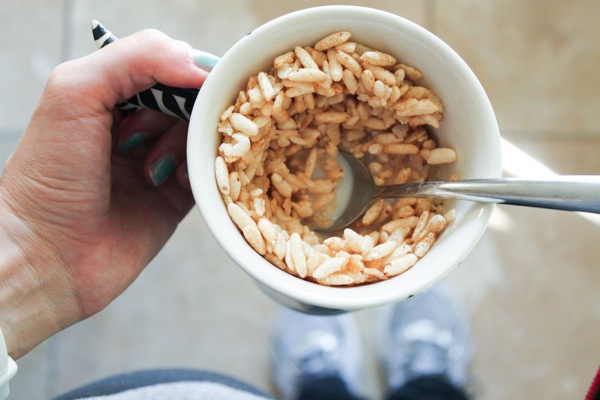 Dinner was from PF Chang’s, which always makes me a little nostalgic: 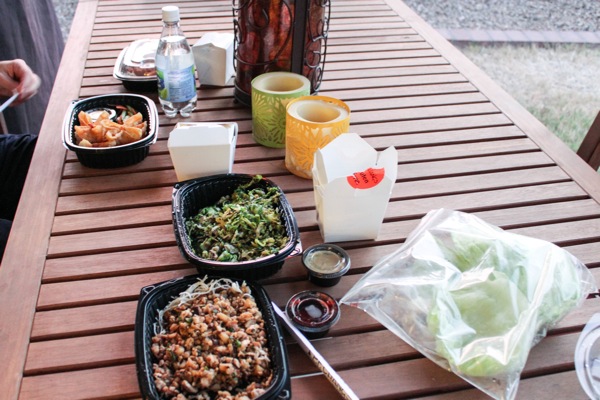 For newer readers who may not know the story, the Pilot and I met at Starbucks (the details are here) and our first date was at PF Chang’s. It ended up lasting for hours and at the time, I was too young to enjoy a bottle of wine with him (my 21st birthday was a month after we met). He kept asking if I wanted to order some wine with dinner and I was so embarrassed to say “um, I’m not 21 yet.” Anyways, he didn’t end up being a serial killer like I had first thought (he was wayyyyy too nice, which freaked me out after my history with not-so-nice guys) and I survived chicken lettuce wraps without making a giant mess on myself. 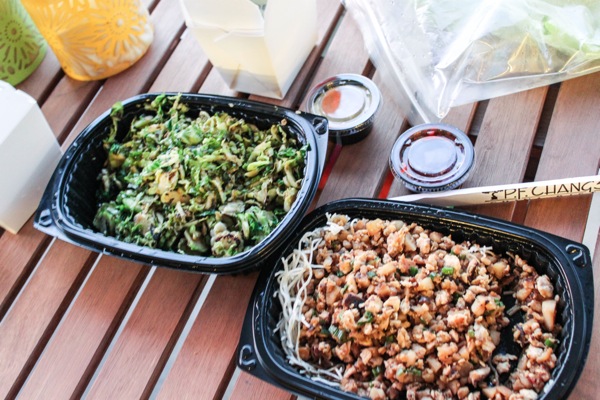 Thank you so much for your feedback on the Tabata Thursday video! I’m so, so happy you liked it <3

This year’s Summer Shape Up has been so much fun – I can’t believe we only have a little over a week left! It’s a sprint to the finish line, friends. If you’ve been following the Shape Up and have seen amazing results, please send me your success stories and/or blog post links (fitnessista at gmail dot com subject: SSU SUCCESS). I’m going to put together a little re-cap at the end with your amazing pictures and stories.

Today, I took workout 4 for a little test drive and whoaaaaa…. 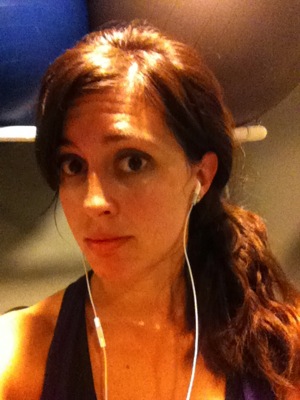 and faces were made 😉

Gonna crash out early tonight! See ya in the morning with some of my fave pics from the week.

Something to talk about: Any fun uses for Vegemite? Do you have a cereal mug that magically refills itself? What are your workout plans tomorrow, or are you taking a rest day after the Tabata triumph?

Zumba song of the day:

Posted in Dinner, something to talk about, Today's workout jam