Hey! Happy Monday <3 Hope your week is off to a great start.

I’m a little later than normal with today’s morning post, but the Pilot took the day off work, so we’ve been hanging out. He has a ton of leave saved up (92 days, some of which he’ll lose if he doesn’t use), so he figured he’d take a long weekend and use a day of leave. I’m a fan of that 🙂

He went into work to take care of some paperwork for an hour, so I hit up the base gym.

got my little station set up 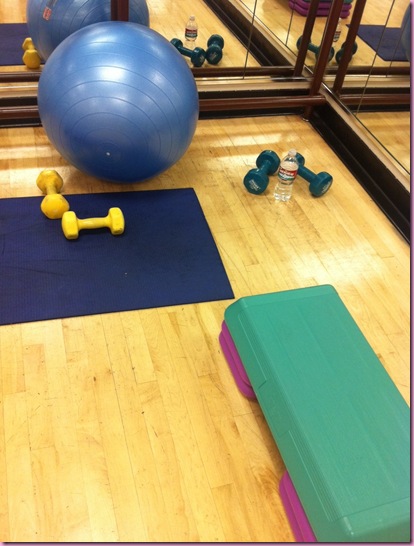 and did the Ferocious Arm Workout I posted last week. Instead of doing chest presses on my back, I did them angled with the stability ball, and also used the stability ball under my shins for the push-ups – otherwise my belly would touch the floor.

Breakfast was courtesy of the Pilot, who makes way better omelets than I do 😉 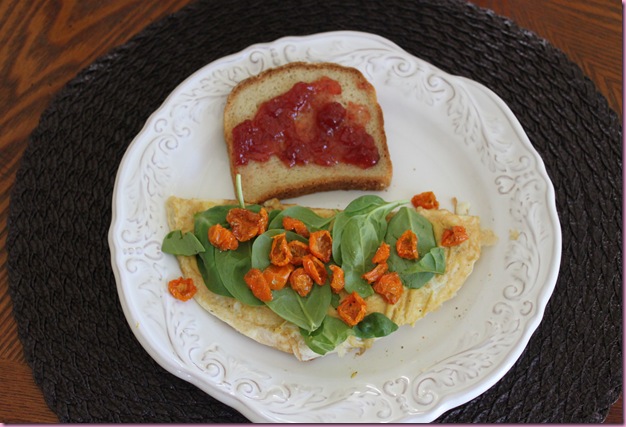 Toast with jelly, along with an amazing omelet:

I had some local orange tomatoes that were on their last leg, so instead of letting them die a slow death, yesterday I popped them into the dehydrator with some oregano, garlic and sea salt. 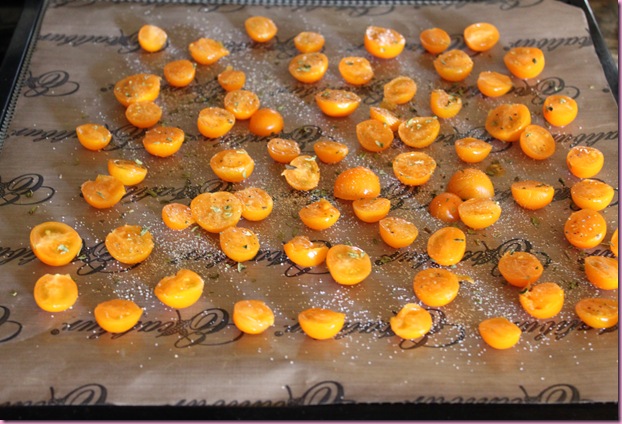 They came out rather nicely.

I also finished the Naked juice we shared on the way home from base:

We actually don’t have a ton planned for today, but I have some work stuff to get done. I’m sure the Pilot will have no prob relaxing in the meantime 🙂

Enjoy your Monday and I’ll see ya later today <3

“You’ve done it before and you can do it now. See the positive possibilities. Redirect the substantial energy of your frustration and turn it into positive, effective, unstoppable determination.”

Posted in breakfast, something to think, upper body, workout

Out of curiosity → ← Nori Nachos